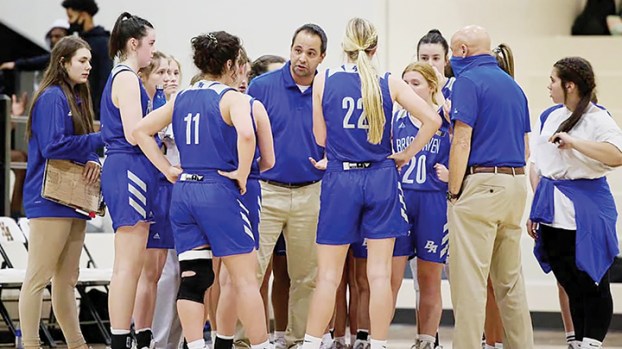 Here’s a look at how area schools fared in basketball action from the weekend.

Friday Brookhaven Academy fans made the trip to see their teams play at Jackson Academy before coming back home the following day and hosting Presbyterian Christian.

It would be a similar script for coach Josh Watts and the boys’ team as Friday night BA lost 56-43 to an unbeaten JA (12-0) team. Against PCS Saturday the Cougars took a 57-48 win over the 6A Bobcats.

The Bobcats split a pair of games with 5A South Jones Monday.

The next scheduled game for Bogue Chitto and coach Robby Walters is a trip to St. Joseph-Madison Friday. It is the final scheduled game ahead of the Christmas break. BC was supposed to play Seminary and West Marion this week on the road, but those schools cancelled due to COVID-19 issues.

EAC coach Shane Adams saw his teams split a pair of games Friday with Salem. The Salem boys took a 34-30 win over the Jackets while Enterprise won the girls’ game by a 47-33 final.

Both EAC teams are 3-3 on the year, as they’ll close out the 2020 portion of their schedule at home Friday against Purvis.

Coach Seth Britt and his Hornets broke into the win column on the boys’ side of things with a 66-46 win over Sumrall Friday at home.

Loyd Star hosts Pisgah Thursday in their final game before the Christmas holidays.

Coach Brooks Smith and the West Lincoln Lady Bears moved to 7-0 with a pair of recent wins.

Friday, they went to perennial 2A contender Puckett and won 48-31 in Rankin County. That was followed up Monday with a 65-24 win over the Mississippi School for the Deaf.

Monday night the West Lincoln boys grabbed their first win of the season by beating MSD 73-33.

Visiting Richland gave coach Rusty Newman and his Wesson boys’ team their first loss of the season Friday with a 56-39 loss.

3-1 Wesson will host Jefferson County Monday. On the girls’ side of things against Richland the Lady Cobras crushed their opponents 48-12 for coach Michelle Nunnery.