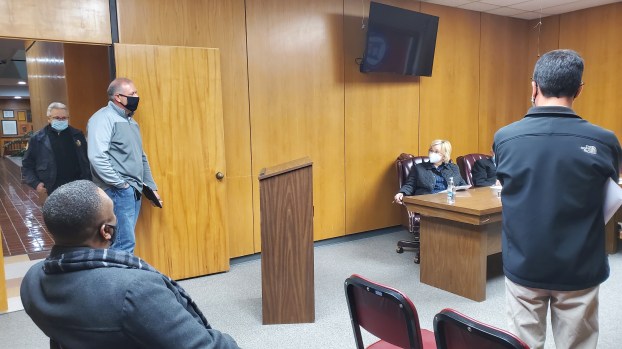 A hunting company has been granted a tax exemption on a holding warehouse in the city limits by the Brookhaven Board of Aldermen.

Anthony Foster of Primos Hunting Products made the request Tuesday at the board’s regular meeting.

The tax exemption, as explained to the board by Economic Development Alliance Director Garrick Combs, is the only tax incentive in Mississippi that can affect school taxes. The requested exemption, however, if granted, would not keep any funds from Brookhaven School District, Combs explained.

Taxes for the school are levied in part on warehouse contents that are for sale locally or on taxable items kept in the warehouse. This warehouse on Townsend Drive is a free port facility, and is therefore eligible for the Free Port Warehouse Exemption, Combs said.

The exemption can be granted from property taxes on items being held and stored prior to transport to a final destination out of state, according to the Mississippi Development Authority.

Foster said the warehouse’s contents are assembly inventory items that are held locally only temporarily, prior to being shipped out of state or out of country. Primos is in the process of relocating its Flora warehouse to Lincoln County, employing more than 60 people who earn more than $2 million in wages annually as a group, Foster said.

“We need to be able to compete. We provide a lot of skilled training and good wages,” Foster said. “We are only asking the city to give the tax exemption on the free port warehouse space.”

“We need to show his corporate group we can help them compete here,” Combs said.

Foster said four employees have been transferred locally so far to get the relocating process going. The company also plans to relocate a Wesson warehouse to Lincoln County and bring more businesses to the area. Bushnell is also interested in shifting two other businesses to the area, Foster said, including a company currently located in California.

“And we have a high-tech facility here, with cutting edge lasers, routers and CNC equipment,” Foster said. “We have people come from out of the area to tour our facility.”

“This is not setting a precedent,” Combs said. “We have two other free port warehouses located here.”

The board voted unanimously to approve a resolution granted ad valorem tax exemption for the Brookhaven warehouse.

Foster thanked the board, saying their vote was a vote of confidence in his business.

“It gives us security before we build buildings,” he said.

Wednesday, Gov. Tate Reeves was joined by pastors from across the state to declare Sunday, Dec. 20, as a voluntary... read more