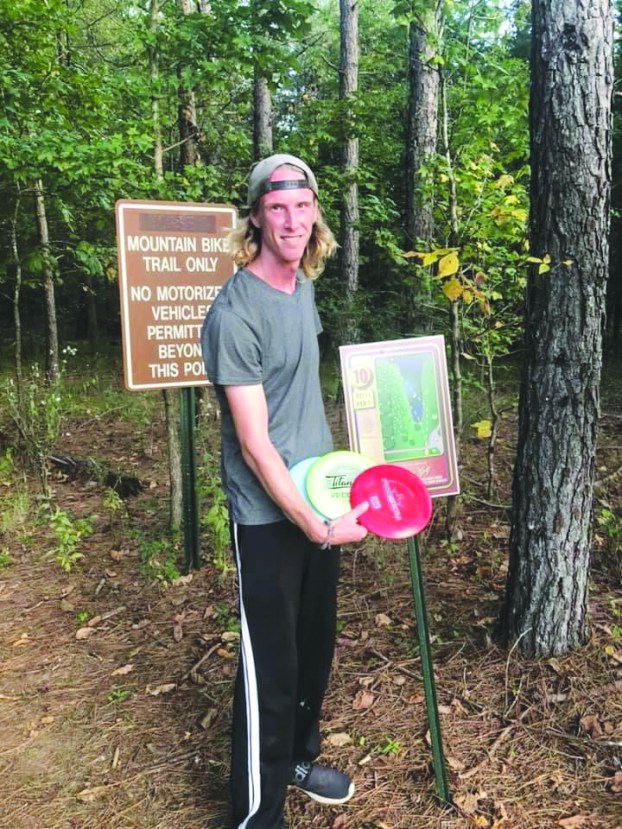 Cameron Blaine Roberts was a state championship winning basketball player during his time on the hardwood at Brookhaven Academy. Today, Roberts lives in Purvis and when he is looking for competition, he finds it on a disc golf course.

He’s a professional level player and Saturday he’ll be on the course at Lake Lincoln State Park playing in a new disc golf tournament dubbed “The Resurrection.”

Resurrection is a good name for the event as the disc golf course at Lake Lincoln has long been neglected and even forgotten by many since opening in 2003.

“I stopped by one day when I was in the area and met a couple guys playing on the course and could see that work was being done to clear things out and get it back going,” said Roberts. “It’s a sport that I’m really passionate about and it’ll be great to get more people in this area playing.

Around Hattiesburg we’ve got six courses to play so it’s pretty big there.”

For the uneducated, disc golf is played with rules similar to traditional golf. Instead of striking a ball it’s a disc that’s thrown — think frisbee — at a basket that signifies the hole.

The tournament starts at 9 a.m. Saturday and will feature two rounds. There’s a break for lunch between rounds and there will be quick clinics during the day as other professionals give tips on throwing backhand and forehand shots.

“Brent Felder and Dan Campbell are two guys from Brookhaven who’ve been a huge part of doing the work to get the course cleared and back in playing shape,” said Roberts. “A tournament like this is a great chance for people to come out and watch if they’re interested in taking the sport up and learning the rules — it’s been a huge part of my life since I started playing two years ago.”

Roberts was The Daily Leader Mr. Basketball after his senior season in 2009 playing for former coach Dale Watts at Brookhaven Academy. He was a state champion every season on the varsity team and signed a scholarship to play at Copiah-Lincoln Community College.

After college hoops were over Roberts felt lost without something to compete at. He filled that hole in his life by chasing good times and eventually had a substance-abuse problem that he battled for a number of years.

He’s clean and sober now and has been for the last two years. He credits playing disc golf as something that strengthens him in his sobriety.

“I don’t try and hide anything,” said Roberts. “I was a mess for a long time, and I was really bouncing around in life. I’d gone to rehab but wanted to find something to compete at. So, I started playing pool seriously in bars and that led to be start drinking again. Disc golf is as much mental as physical and it’s just a great game to play that gets you outside. It’s something I’ve become really passionate about.”

As a hooper Roberts was a wiry, long armed combo guard. Those same traits have served him well as a disc golfer and allow him to get great distance on his throws.

He has world-record level length on his throws as he recently had a toss travel over 566 feet.

“Saturday is just about getting people out to the course and letting them know it’s here for them to use,” said Roberts. “There’s going to be a disc golf vendor on site for anyone looking to buy equipment. I think during times like these if people are looking for something to do outside then they check out disc golf. It’s great exercise and it’s a sport that families can play together as well.”