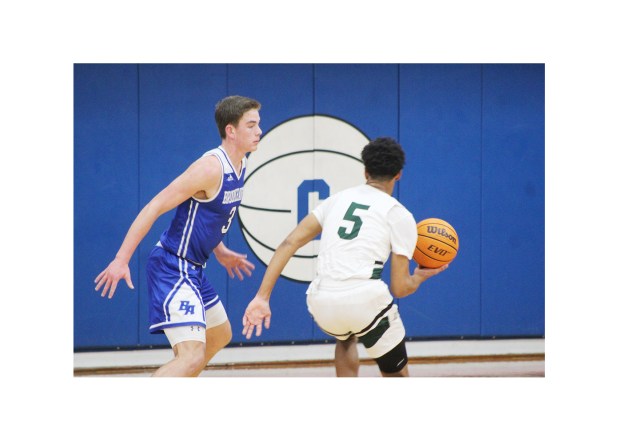 Cougars dial in from deep to beat Lamar Christian

Things are finally starting to round into form for coach Josh Watts and his Brookhaven Academy basketball team.

The full roster is starting to gel after the football team made a deep playoff run, and Watts is starting to figure out what works best defensively with this group.

Monday against Lamar Christian School in the Copiah Academy Tournament the Cougars (9-5) made timely shots from outside in earning a 62-49 win over the Lions (5-5).

The Cougars finished 8-of-16 from the 3-point line as they hit a big shot from behind the arc whenever LCS started to pull too close.

BA started hot as they jumped out to a 17-8 lead after the first quarter.

Watts says his team has started strong in almost every game this season.

“For us it’s not how we start, but how we finish that we’ve got to work on,” said Watts. “We just get too comfortable defensively and stop doing what we’re supposed to do.”

Last season BA finished 22-9 and were knocked out of the postseason in the opening round of the MAIS 4A South State Tournament. They were good enough to beat anyone they played but lost in an elimination game when Hartfield Academy scored on a layup at the buzzer.

The biggest difference in that group and this one is the graduation of starting point guard Britton Nelson.

Nelson was a floor general who had the trust of his coach — a former point guard himself. He could also guard the opposing team’s best guard.

Subtracting those skills have forced Watts to make some changes on how he usually does things.

Monday BA started out in a 2-3 zone and stayed in it through the first half before playing more man-to-man later in the game. Watts doesn’t love the zone, but he knows it’s what’s working for his team right now.

“We’ve got length and when we get in the zone, we can take up some space,” said Watts. “We’re at our best when we’re creating offense with our defense though and that’s why we’ll switch things up and try to create some turnovers in man-to-man.”

The Cougars of 2020-2021 are also going to shoot more 3-pointers then some of the BA teams of the past, but when the ball is going in like it was Monday — Watts isn’t going to change what isn’t broken.

“We’ve got several guys that can knock it down and as long as we’re moving the ball and getting good looks within our offense, I’m ok with it,” said Watts.

Lamar Christian cut the lead to 32-26 at halftime and on the final play of the third quarter, they threw a nicely drawn up ally-oop for a dunk that made the score 49-43.

BA answered with a Trey Fortenberry 3-pointer on the first possession of the fourth quarter as the Cougars maintained their advantage throughout the final quarter.

Trey Fortenberry starts alongside his brother Tyler and his cousin Dylan. Seniors Gage Brown and Gavin Brogden round out the starting lineup.

Brown is a first-year starter after coming off the bench in the past and Brogden has moved from his off-ball position into the role of point guard.

Trevor Fortenberry and Dane Flowers are the first two substitutes off the bench for Watts.

“We’re still a work in progress,” said Watts. “We still have yet to put it together in regard to our offense and defense both being sharp in the same game. Tonight, we did what we needed to win the game, but I know we can be better than this.”

The Brookhaven Academy Lady Cougars (15-4) were dominate in every phase of the game Monday afternoon as they pounded Warren... read more