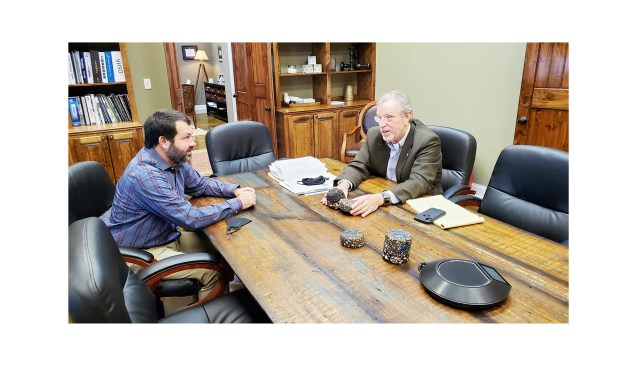 Brookhaven residents will soon begin to see the effects of a paving project begun 18 months ago.

Planning began for the project in July 2019, building off previous such endeavors. The project moved on schedule through the planning and financing stages before stalling due to COVID restrictions.

Engineers with Dungan Engineering in Brookhaven rated streets based on usage and level of deterioration, among other factors, beginning in 2015 after a year of no paving projects. The city paved 77 streets at a cost of approximately $3 million over two years, including funds previously earmarked but unused.

The city also completed a downtown paving plan in 2017 that involved changing the flow of traffic on South Railroad and South Whitworth avenues.

“I think we’ve got a good history with our paving and not trying to just hit a patch here and there,” said Mayor Joe Cox.

The current project will address the repair of 50 streets across the city.

The Home Seekers Paradise has 395 streets and 137 miles of roadway, categorized into four groups: main thoroughfares, arterial, collector and subdivision. The current project’s focus is on arterial streets.

“These are used by everyone — the people-movers. They get people to school, to work, and in and out of town,” said engineer Ryan Holmes, principal engineer and vice president of Dungan Engineering.

Citizens ask why some streets are worked on again and again, Holmes said, and it is because they are used more and more, over and over.

The work will involve milling damaged areas down to a workable surface. For some, that will mean just a couple of inches taken off the top of the pavement, while others will involve removal of “dead asphalt” — material that has lost its oils and binders over time.

A street’s ideal life is about 10 years, Holmes said, with preventive maintenance starting around the 7-year mark. Asphalt streets are not fully replaced if not absolutely necessary due to the cost of everything involved, from materials to application, Holmes explained. Replacing three or four streets could cost the same as repairing 50, he said.

“In fact this has been a major priority,” Holmes said. “I think streets have made a lot of progress in Mayor Cox’s tenure.”

One of the steets in the current project is South Jackson Street, which has an average traffic of 3,600 vehicles daily. Cox and Holmes pointed to core samples taken from various streets to demonstrate wear and tear versus newer, good street materials.

“This is from a healthy street,” Holmes said, picking up a sample nearly eight inches in height. “The binders are good and it’s holding together well.”

“This,” he said, taking a sample less than three inches high, “is from South Jackson. This area has lost much of what it needs, from daily, normal use.”

In September, the Brookhaven Board of Aldermen approved requesting bids on general obligation bonds for paving projects, up to $1.7 million, to be borrowed according to the Infrastructure Modernization Act of 2018. Four bids were received and opened in November, with the bid of Pike National Bank accepted at 1.125%, an “unheard of” low rate, Cox said.

Contruction bid openings are set for Jan. 27, and Mayor Cox anticipates the contract will be awarded and work will be authorized during the first Board of Aldermen meeting in February.

Though the pandemic restrictions of 2020 kept the project from proceeding on schedule in the summer, both Holmes and Cox anticipate paving under this endeavor to be complete on a reasonable schedule once contractors begin work.

“It’s about taking care of our city,” Cox said.

Animal shelter volunteer gives advice for pets during the holidays

Residents are advised to take caution while shooting fireworks and having pets outside. Every year, people buy fireworks to pop... read more