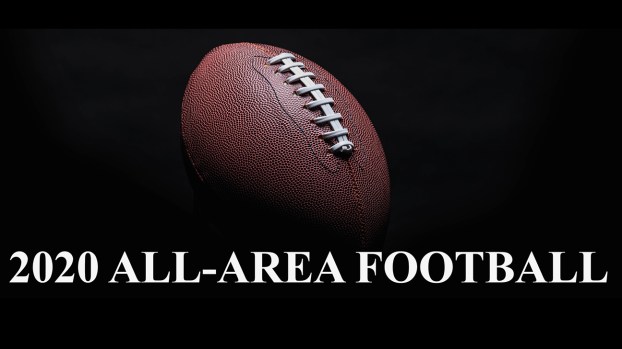 Opposing defenses knew they had to stop Tyler Fortenberry in 2020 — but few could bottle up the Brookhaven Academy junior quarterback. The 6-foot-4, 190-pound Fortenberry led the Cougars (8-5) to the MAIS 4A semifinals with his impressive mix of passing and running. Through the air he threw for 2,698 yards and 28 touchdowns on 193 completions. He also averaged 6.2 yards per rush on the ground while running for 810 yards and 12 rushing scores. A repeat Daily Leader All-Area pick, he was also an MAIS 4A All-State selection.

In his first full season as a starter Wesson sophomore quarterback Will Loy was one of the most prolific passers in the entire state. The 6-foot-1, 160-pound Loy completed 168 passes for 2,759 yards and 39 touchdowns in taking the Cobras (8-3) to the second round of the MHSAA 2A playoffs for a second straight year. Loy finished the season with the fourth most passing yards fro any QB in the state. A repeat Daily Leader All-Area selection, he was an MAC All-State selection as well.

If you saw the Brookhaven High Panthers in 2020 then you saw a quarterback grow in comfort and confidence running his team. Junior signal caller Dre Ross used his arm and his leg to keep the Ole Brook offense moving as the team was only able to play five games due to COVID-19 cancelations. During the shortened season Ross threw for 423 yards and six scores and rushed for another 477 yards and three touchdowns.

There will be a big hole to fill in the Bogue Chitto offense with the graduation of multi-skilled senior running back Owen Anderson. Anderson bounced back from an injury plagued junior season to rush for 798 yards and four scores in 2020. He also led the team in receptions with 12 for 116 yards and one TD. As a linebacker, Anderson would also bring the pain as he accounted for 62 tackles (14 for a loss) and forced two fumbles for the Bobcats (6-5). Anderson is a two-time Daily Leader All-Area selection.

After a lost season battling injuries as a junior, senior running back Eric Birch finally was able to show what he was capable of in 2020. The physical senior carried the ball 178 times for 1,150 yards and 15 scores for Loyd Star (3-6). Birch hadn’t been on the field that much since his sophomore season when he led a region championship team in rushing as a sophomore. His biggest game of the season was a 210 yard and four touchdown performance in a close win over Mize. Birch is a two-time Daily Leader All-Area performer.

The future arrived on King Field in 2020 as freshman running back Xavier Gayten burst onto the varsity scene. In a season that only spanned four games Gayten rushed 93 times for 616 yards and six scores. He averaged 123 yards per game and six yards per carry for coach Tucker Peavey and his staff. The Panthers went 2-3 on the field in 2020 and were forced to forfeit their first-round playoff game at Pascagoula due to COVID-19 protocols.

Another season, another 1,000-yard year for West Lincoln running back Enrico Price. The junior speedster has now gone over the century mark in three straight seasons after he gained 1,292 yards on the ground in 2020. Price carried the ball 162 times, averaged 143 yards per game and scored 13 touchdowns for the Bears (5-5). The consistency displayed by Price is what sets him apart as he’s gone over 100 yards in 21 of his 31 career varsity games. Price is a three time All-Area selection.

A gritty, tough runner who could rattle heads as a blocker, Bogue Chitto senior fullback Reid Smith was a workhorse for the Bobcat offense in 2020. Smith rushed for three touchdowns, but his greatest value was serving as the lead blocker in a Bobcat offense that relies on misdirection and motion to get things done. Smith rarely left the field in 2020 as he also added 37 tackles for coach Gareth Sartin.

Tight end Trey Fortenberry worked hard in the offseason to get leaner and faster as a pass catcher in 2020. That work paid off for the senior as he had a career season hauling the ball in. Fortenberry was second on the team with 39 catches for 426 yards. He caught six touchdowns and also made 35 tackles as a defensive end. A repeat Daily Leader All-Area selection, he also played in the MAIS All-Star Game.

There wasn’t much that senior Jason Edwards didn’t do to help the Wesson Cobras win ball games in 2020. Head coach Jeremy Loy used Edwards all over the field as the 5-foot-9, 165-pound Edwards led the team in rushing with 515 yards on just 56 carries. Edwards averaged 9.2 yards a carry and scored nine times on the ground. He was also third on the squad in receiving as he caught 29 passes for 500 yards and nine more touchdowns. Defensively he was third on the team with 61 tackles. Edwards was an MAC 2A All-State selection as well.

Get the ball into senior Edrick McCray’s hands. That was the goal of the Enterprise coaching staff each week as they schemed for their next opponent. The 5-foot-6 McCray has speed to burn and whether it was handing him the ball on a jet-sweep or a traditional handoff behind a couple blockers or on a punt return — good things happened for the Jackets when McCray was involved with the offense. He carried the ball 81 times for 502 yards and two scores. His biggest game was a 198 yards performance against Loyd Star where he averaged 12 yards per carry.

Just like he did last season as a freshman, in 2020 Wesson sophomore wide receiver Chris Davis showed a knack for getting open. Davis caught 42 passes for 727 yards and 10 touchdowns. He averaged 17.3 yard per catch in the high-powered Cobra offense. Davis was a ball-hawk defensively as well as he earned MAC 2A All-State honors as a defensive back. Defensively he made 55 tackles and grabbed a whopping six interceptions while also recovering two fumbles and causing one fumble. Davis was a Daily Leader All-Area selection last season as a freshman defensive back.

For the last two seasons senior wide receiver Dylan Fortenberry has helped carry a big share of the Brookhaven Academy offense. Fortenberry moved to the school from Texas as a junior and last season became the leading receiver. In 2020 he increased all of his totals by catching 58 passes for eight scores. He averaged 14.7 yards per catch for BA head coach Ron Rushing. A repeat Daily Leader All-Area pick, Fortenberry was also an MAIS 4A All-State selection.

No player in the area upped their production from one season to the next more than Brookhaven Academy senior receiver Rob Johnson. As a junior he caught just nine passes, but in 2020 Johnson increased that number to 30 receptions for 592 yards and eight scores. Johnson torched Columbia Academy in a win for 125 yards and two scores on just four catches.

Brookhaven High coach Tucker Peavey said he was looking for playmakers to step up in 2020 for the Ole Brook offense. One Panther who heeded that call was junior wide receiver Javonta Stewart. In the shortened four game Brookhaven High season Stewart caught 16 passes for 181 yards and three touchdowns and showed that he’ll be a threat as a slot receiver for the Panthers in 2021.

In an inconsistent year filled with more cancellations and reschedules to their schedule than any school in the area — the Brookhaven High coaching staff knew they’d get consistent play from their senior center, Jon Albritton. The 6-foot-3, 295-pound Albritton bided his time on King Field as he worked as a backup during his early varsity career. He came into his own as a junior starter and as a senior he was the experienced hand in the middle of a huge 5A offensive line.

A leader on an experienced group of returning linemen — 6-foot-3, 250-pound senior Nicholas Clark was a rock at the tackle position for Lawrence County coach Jesse Anderson. Running a split wing offense, the Cougars have averaged over 266 rushing yards per game over the last two seasons and Clark was a big part of that. The LC offense rushed had a two-game stretch in 2020 where they ran for a whopping 1,084 yards and a combine 12 touchdowns in wins over Wesson and Raymond High.

When you think about Bogue Chitto, you think about an always physical offensive line. And when you think about that group in 2020, you think about their captain — senior Davis Hart. Hart played guard but could also play center and that’ll be his position in college. The 5-foot-11, 280-pound Hart is committed to Mississippi Gulf Coast Community College. A repeat Daily Leader All-Area selection, Hart is an accomplished powerlifter that doesn’t turn loose of his defender until he hears the referee’s whistle.

Brookhaven High offensive lineman Zerion Hudson will be one of the most highly recruited local players next season as the 6-foot-4, 305-pound junior offensive lineman has what colleges are looking for from a blocker. Hudson has size and the physicality needed to play on the next level. A starter since stepping foot on King Field for the first time, he’s a Daily Leader All-Area repeat selection after previously earning the honor as a sophomore.

The 6-foot-3, 250-pound Sullivan ends his career at Brookhaven Academy as a three-year cornerstone of the Cougar offensive line. The athletic Sullivan was a lead blocker from his tackle position. Sullivan was equally good as a defensive lineman as he made 38 tackles in 2020. As a senior Sullivan also got to show off his hands as he caught a touchdown pass in a win over Bowling Green. He was also an MAIS 4A All-State selection this season.

There wasn’t a more senior-laden group of offensive linemen in the area than the unit trotted out by Enterprise head coach Trey Woodard. In the middle of that tight-knit bunch was senior center Chase White. Few teams relied more on their ground game than EAC as the Jackets ran the ball nearly every down. Many of those runs originated behind blocks sprung by the 5-foot-9, 250-pound White as Enterprise was very good at running between the tackles. White is a repeat Daily Leader All-Area selection.