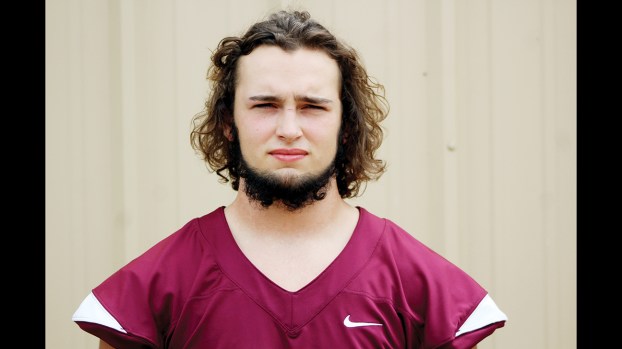 Kees gave it all for EAC football

If you watched Michael Kees play football, then you saw passion personified. Kees didn’t lead the area in tackles, sacks or interceptions.

His Enterprise team didn’t win their region or a state title. He won’t be signing any scholarship in February to continue his career in college.

None of that matters though. In a truly weird 2020 football season filled with cancellations and quarantines and games lost to off-field issues — no one made more of their time on the field than Kees and his fellow Yellow Jackets.

None of that happens without Michael Kees in the middle of the Enterprise defense. For his efforts Kees has been named The Daily Leader All-Area Most Valuable Defensive Player.

Kees was a starting offensive lineman that rarely saw the sideline. When the Jacket defense hit the field, he moved to linebacker. He made 32 tackles in 2020 including seven for a loss.

If you saw the wins over Loyd Star and Amite County then you saw plenty of Kees. Wearing No. 63 with his hair flowing out of the back of his helmet, he played like a man on a mission.

A turning point in the win over Loyd Star was a sequence that saw Kees breakthrough for back-to-back sacks. Later in the game he badly sprained his knee, but after a series on the sideline Kees was back on the field to close out the game.

Take it from someone who’s seen every team in this area play multiple times in 2020, no player meant more to his team than Michael Kees meant to Enterprise. Not because he was the fastest or strongest player on his team, but because he had the most heart.

Loy makes sure Cobras have culture Go watch a high school football team work out in the summer months and... read more