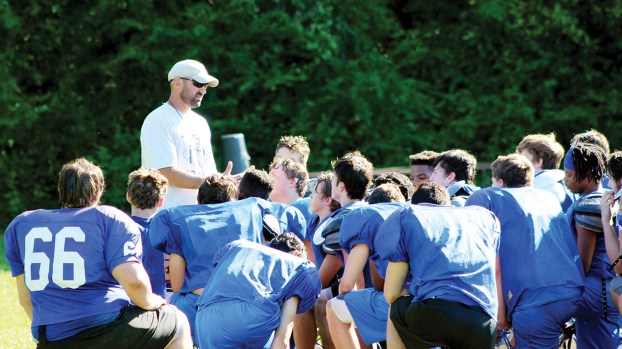 File photo Wesson head football coach Jeremy Loy has been named The Daily Leader's Coach of the Year for 2020.

Loy makes sure Cobras have culture

Go watch a high school football team work out in the summer months and you’ll get a good idea of what kind of coach they have. Are they organized? Are they competing with each other in the weight room? Do they have a high number of participants?

If they are a team that wins, then you’ll have the answer “Yes” on all three of those questions. That’s the type of culture that you’ll find at a Wesson Attendance Center offseason practice. Coach Jeremy Loy and his staff have molded a program that takes pride in hard work and brotherhood. That way of doing things paid off with another perfect Region 7-2A record in 2020 and for his efforts Loy has been named The Daily Leader All-Area Coach of the Year.

The Cobras will go back to the 3A classification next season after putting up a pair of dominating years in Region 7-2A. In 2020 they gave up a combined 22 points to their division foes and also surrendered just 28 points to the same teams in 2019.

The Wesson offense is one that chunks the ball all around the field with Loy’s son Will pulling the trigger as the quarterback.

Will Loy averaged 250 passing yards per game as a sophomore in 2020.

2020 also provided some of the toughest times in Loy’s career after sophomore Jakerio Miller passed away in a March accident.

Loy credits a strong bond forged through shared time in the weight room and practice field as something that helped carry his team through those darkest days.

There will be holes to fill in the roster as Antrelle Sims, Jason Edwards and Terrance Haley are among of a strong group of seniors lost to graduation.

Don’t expect Loy to complain about it though or to worry about the step-back up in competition to 3A in 2021. His Cobras are going to continue to work hard in their off-months and build upon the Cobra way of doing things — a work ethic instilled by Loy and reinforced over his five previous seasons at the school.