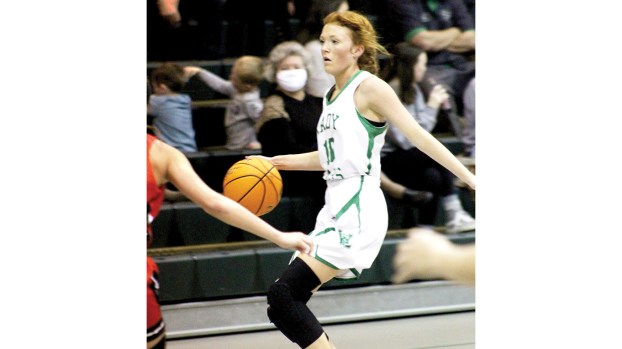 Eleven up and 11 down thus far in the season for coach Brooks Smith and his West Lincoln girls’ basketball team.

The Lady Bears outscored Wesson 19-7 in the opening quarter and 20-4 in the second quarter to take command of their game.

Senior forward Brittany Sturkey scored 19 points for WL in her usual, efficient way. Sturkey went 8-of-14 from the floor and 3-of-5 from the 3-point line while pulling down four rebounds and making a team-high five steals.

Sophomore guard Madilyn Case exploded for a career-high 19 points, as well. Case had a previous varsity high of six points come in a win over Enterprise earlier this season.

Wesson and coach Michelle Nunnery came into the matchup after beating Bogue Chitto 40-35 a week earlier.

If West Lincoln remains on top of the division standings and wins the regular season region title for a fourth-straight season, then expect the battle for seeds No. 2-4 to be tight, with Bogue Chitto, Loyd Star and Wesson all fighting for positioning.

Wesson boys’ coach Rusty Newman and his team moved to 2-0 in Region 7-2A play with the win over West Lincoln.

Last season, Wesson finished as runners-up in the regular season and the region tournament. They hosted a playoff game in which they beat Taylorsville before being eliminated by Philadelphia in the second round.

“I thought we played well offensively against West Lincoln,” said Newman. “We moved the ball well and got great opportunities. We made big free throws down the stretch. Defensively though, we played lazily. We’ve got to defend better moving forward.”

West Lincoln is back in Case Gymnasium hosting Amite County Tuesday while the Cobras will host Enterprise that same day in the Snake Pit.

The long-delayed return to Sinclair Gymnasium was a sweet one for the fans of the Brookhaven High girls’ basketball team... read more