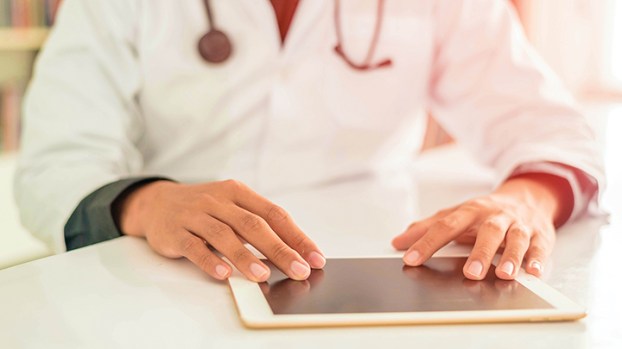 Hundreds of thousands of people in Mississippi go without healthcare and Medicaid only goes so far. Expansion advocates are speaking out again in the Legislature and the Mississippi Hospital Association thinks it  has a solution to pay for it.

The Senate Democratic Caucus chairman, Derrick Simmons of Greenville, repeated last week what he and many other Democrats have said for years — that Mississippi should expand Medicaid to cover tens of thousands of people who earn modest salaries and don’t receive health insurance through their jobs. Expansion is optional under the 2010 health care overhaul signed by then-President Barack Obama, and Mississippi is one of 12 states that have not chosen the option.

The federal government pays most of the Medicaid tab, and Democrats say enrolling more people would boost Mississippi’s economy by supporting hospitals and other health care providers.

Expansion is a longshot, though, because Republican Gov. Tate Reeves and Republicans who control the state House and Senate have long said that they believe it could become a budget buster, and they don’t want to put more people on a government program.

Sen. Jason Barrett, the freshman legislator from Brookhaven, said while there has not yet been a bill submitted in the Senate specifically for expansion or reform of Medicaid, there has been a lot of talk on the issue.

“I know hospital administrators and other rural health employees think it’s important for Medicaid to be expanded or reformed so they can stay open,” Sen. Barrett said. “I want to review each piece of legislation as it comes and give each equal treatment, like I promised I would.”

Barrett said he has plans to talk with as any administrators and health officials as he can and research the issues before he makes any decision as to what’s best for District 39.

Introduced this session in the Legislature’s other half, House Bill 1013 — authored by House Ways and Means Chairman Trey Lamar (R) — would establish a Medicaid Commission to oversee the Division of Medicaid currently operated under through the governor’s office. The bill would change the oversight of Medicaid from the governor to a seven-person committee.

With a budget of $1 billion from the state and $5 billion from federal funds, Medicaid is the largest budget in the state. If the bill passes, it would go into effect at the beginning of July.

It is a program that helps people who are unable to afford healthcare, said King’s Daughters Medical Center CEO Alvin Hoover.

“What Medicaid does for us is help us reduce our uncompensated care by about half,” Hoover said. “About 6-7% of our gross revenues go to cover uncompensated care. We don’t make anything off Medicaid, but it does keep us from going into the hole for the care that is provided.”

Approximately 170,000 Mississippi residents who are currently without access to health care coverage could qualify for Medicaid if the program is expanded. The average minimum wage worker in the state earns $15,080 each year. Adults without children don’t receive Medicaid coverage. In states that have not expanded the program, the median income limit for parents to receive Medicaid is $8,532 annually. If they make more than that, they don’t qualify.

Mississippi stands to gain around $1 billion per year in health care assistance from the federal government, but the state would have to match 10% of those funds. This could cost $75-100 million annually, which legislative leaders have to this point opposed.

The Mississippi Hospital Association has suggested that taxes paid by hospitals, plus $20 per month from Medicaid program enrollees, plus co-payments could cover the cost of expanding the health care program.

A 2019 analysis by the MHA estimated the plan could generate thousands of jobs, create more than $200 million more in state revenue per year and reduce hospitals’ uncompensated care by $250 million.

That would take a sizeable chunk out of the $616 million in free care MHA estimates was provided in 2019.

“Healthcare is not a planned purchase,” Hoover said. “It’s something you need when you need it.”

Mississippi Today contributed to this story.