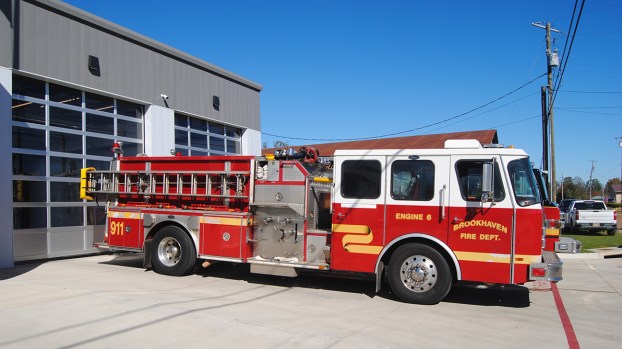 One person received some burns and was taken to a Jackson hospital. The fire was contained to the structure. If last year’s pattern holds, HRVFD will respond to an average of five fires each month throughout 2021.

As a whole, fire departments within Lincoln County responded to nearly 2,000 calls over the course of 2020.

Brookhaven Fire Department and the county’s eight Volunteer Fire Departments answered 1,949 calls, an average of more than five each day of the year.

The county’s eight VFDs answered a total of 1,678 calls. That’s an average of 140 per month or nine calls every two days.

The remaining 8% of calls were for accidents, alarms or complaint calls. VFD fire fighters responded to 83 alarm calls in which a fire was not involved, 19 accidents and 25 complaint calls.

Below is a breakdown of runs by type and department, provided by Lincoln County Emergency Management Director Clifford Galey from data submitted by each department.

Brookhaven Fire Department Chief Tony Weeks said the city’s department responded to a total of 271 calls throughout 2020 — an average of three calls every four days.

Fire fighters responded to 74 false alarms — 27% of their total calls — but Weeks said any fire fighter would prefer to roll out to a false alarm because it means no loss of property or life. False alarms were caused by such things as faulty alarm systems or dust on heating elements.

Anyone who suspects their home or business is on fire or that a dangerous situation is at hand should not hesitate to call 911.

About half of all calls were to fires or accidents. Thirty-two were responses to grass or trash fires.

Thirty-six responses were to residential or commercial property fires or accidents, and 61 were made to vehicle fires or motor vehicle accidents.

In Mississippi, 71.1% of all fire departments are staffed by volunteers, and an additional 15.4% are staffed primarily by volunteers. The national averages are 70.4% and 15.8%, respectively, according to the National Fire Department Registry.

Only 13.5% of all fire departments in the state are fully or mostly staffed by career fire fighters, just below the national average of 13.8%.

C Spire investing $1B in Mississippi for 5G

C Spire will invest $1 billion to expand 5G service in Mississippi over the next three years. The company said... read more