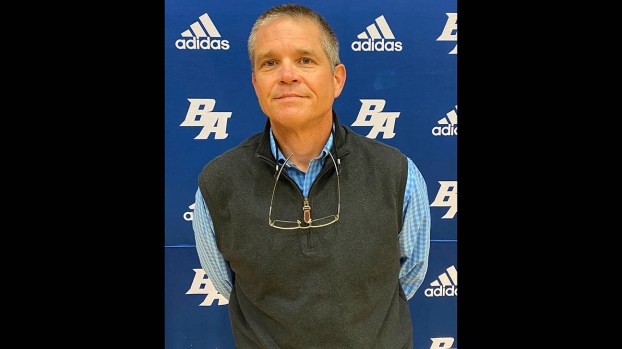 The search for a new Brookhaven Academy football coach has ended with the Cougars landing a homerun, hometown hire.

The school announced Friday that former Madison Central head coach Anthony Hart has been hired to replace former coach Ron Rushing who left earlier this year for the same position at Parklane Academy. Hart will also serve as athletic director at BA.

Hart has also been a head coach at Loyd Star, Franklin County and Lafayette County where he won a pair of MHSAA state titles in 2010 and 2011.

Over the last six seasons Hart has been the head man at 6A Madison Central along with serving as athletic director there. During that time his teams posted a combined record of 48-18-1.

It was at Lafayette County where Hart had his longest and most successful stint as a head coach. Over seven seasons the Commodores went 80-16 including a 32-game win streak during the two-straight undefeated, championship winning seasons.

As an up-and-coming assistant coach Hart worked at West Point, Wayne County, Jasper (Alabama), Brookhaven High and Wesson. In 1997 he served as head coach for one season at West Lauderdale — the only sub .500 season of his head coaching career.

In 1999 Hart was hired to be an assistant at his alma mater — Loyd Star. The next season he was promoted to head coach to replace his own high school coach, Roe Burns.

It’s an impressive resume any way you look at it, but Hart wants Cougar fans to know that he’s not coming home to Lincoln County to retire, even if he is technically retiring as a public-school teacher and coach.

“This is the type of opportunity that I’d hoped would present itself one day, but it’s really worked out in God’s timing,” said Hart. “I’m excited to get this chance to coach football and lead this program.”

Hart’s wife Traci is a long-time public-school educator as well. She’ll also be retiring from the state system after the pair complete the spring semester in Madison.

“She might be the most excited of all,” said Hart. “She’s going to get to retire for real.”

The Hart’s youngest, daughter Betsy, is a senior at Madison Central. They also have a pair of sons in Daniel and Derek.

There’s built in familiarity for Hart at BA as Head of School Jason Case is his cousin.

“Coach Hart is a winner, both on and off the field,” said Case in the release announcing the hiring. “I’m excited to have him coach our young men.”

Jaymie Palmer, who’s also served as an assistant coach at BA for the past three seasons, is another ready-made connection for Hart at the school. Palmer served as offensive coordinator under Hart in 2005 at Lafayette County.

Thursday Hart met with the boys at the school in grades six through eleven. His plan is to hold spring workouts later in the semester.

“It doesn’t matter if you’re at one of the biggest schools in the state or one of the smallest — football is football,” said Hart. “We’re going to stress the things that we know are important for a successful football program and those are the same things we’ve always tried to do at every school I’ve coached at.”

The opening round of the MHSAA soccer playoffs featured four local teams playing in the postseason. Here’s a look at... read more