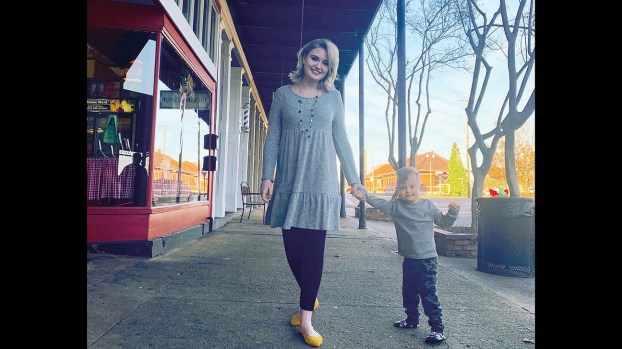 Hudson’s Law is 2 steps closer to reality in Mississippi

US Air Force Lt. Col. CJ Hartman has seen much of the world since he grew up in Loyd Star. He and his wife Mika have three children — Hayden and Henley are 23 and 13, respectively — but it is their youngest who has become the face of a movement in Mississippi.

Three-year-old Hudson has Down syndrome. In spite of his extra chromosomes and a heart issue, and her own failing health, Mika Hartman refused to terminate her pregnancy even though it could mean both her death and that of her child.

“Of course we had concerns, but we knew we could do this,” she said. “You see, love conquers all! Not some, not most, but all. And our love was greater than our fears.”

On July 1, 2020, the “Human Life Equality Act of 2020” was signed by Gov. Tate Reeves after having passed overwhelmingly in both the House and Senate. The bill, HB1295, prohibits abortions to be performed due to race, gender or genetic abnormality except in a medical emergency.

On the day the final vote was taken in the Senate’s chamber, Hartman said she heard one senator ask if “Sen. Hudson” was present and how he had voted.

So Hudson gained a new nickname and cemented his place as the face of the Human Life Equality Act.

Now “Hudson’s Law” has been introduced in both chambers of the State Legislature — SB2746 in the Senate and HB1004 in the House.

Both bills would require the healthcare practitioners to provide information to pregnant women who receive positive tests for any trisomy condition. A trisomy is a chromosomal condition characterized by an additional chromosome — the most common forms of trisomy are Down, Edward and Patau syndromes. The law would also require the Mississippi State Department of Health to provide the information to healthcare practitioners and publish it on MSDH’s website.

Sponsored by representatives Jansen Owen, Jill Ford and Kent McCarty — all Republicans — HB1004 was introduced on Jan. 18 and referred the same day to the Committee on Public Health and Human Services.

SB2746, sponsored by Republican Sen. Jeremy England, was also introduced Jan. 18 and referred the same day to the Senate’s Committee on Public Health and Welfare.

Laws similar to Hudson’s Law have been passed in 20 other states, including Louisiana, Tennessee, Texas, Delaware, Washington and New Jersey.

“Health care providers are consistently distributing inaccurate, outdated information to patients who receive a Down syndrome diagnosis,” Hartman said. “Receiving a diagnosis of Down syndrome is life-altering, but then receiving such antiquated materials from the health care professional delivering the diagnosis is devastating and inexcusable.”

Hudson’s Law would provide necessary materials to educate both professionals and expecting parents.

“There are so many myths about these precious babies born with Down syndrome, and there’s been so much medical advancement in caring for Down syndrome children — these precious, wonderful people — that too often a mother comes, gets this report through genetic testing and immediately is overwhelmed and doesn’t have the understanding of all the support mechanisms in the state and all the things that can be provided for the child and the things that the child can experience in life,” said the Rev. Greg Warnock, pastor of First Baptist Church Brookhaven, where some of Hudson’s extended family are members. “Yes, there are hardships. There is no denying that, but there’s a blessed life, because all human life is sacred.”

To submit an email of support for Hudson’s Law to your senator and representatives, visit https://p2a.co/rtKRUGq.

“The world is better and your life is better if you have ever been hugged by a Down syndrome child,” Warnock said.

Making masks and making a difference

One Brookhaven woman has found a way to make a difference throughout the COVID-19 pandemic. Gayle Ross is using her... read more