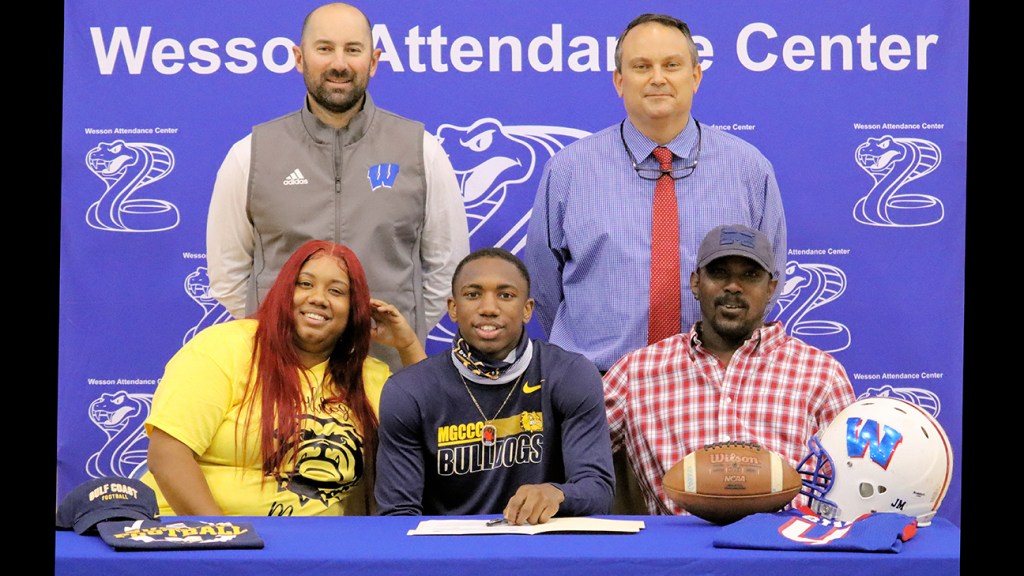 Sims accounted for over 4,000 total yards and 46 combined touchdowns during a career that saw him play quarterback as a sophomore before moving back to wideout.

As a senior, Sims averaged 18.3 yards per catch and caught 15 touchdowns as he led the team with 1,041 receiving yards on 57 receptions. Sims was named The Daily Leader All-Area MVP after his senior season along with being an MAC All-State selection and a participant in the Bernard Blackwell All-Star Game.

Off the field, Sims was voted Mr. Wesson High by his peers.

“Gulf Coast is obviously getting a talented athlete, but what they are also getting is one of the fiercest competitors that I have ever coached,” said Loy. “He will do whatever it takes to win. Antrelle is a great teammate and is unselfish. Gulf Coast is going to love him, and we will miss him, but I can’t wait to see what his future holds.”

Mississippi’s Thomas is first woman to officiate a Super…