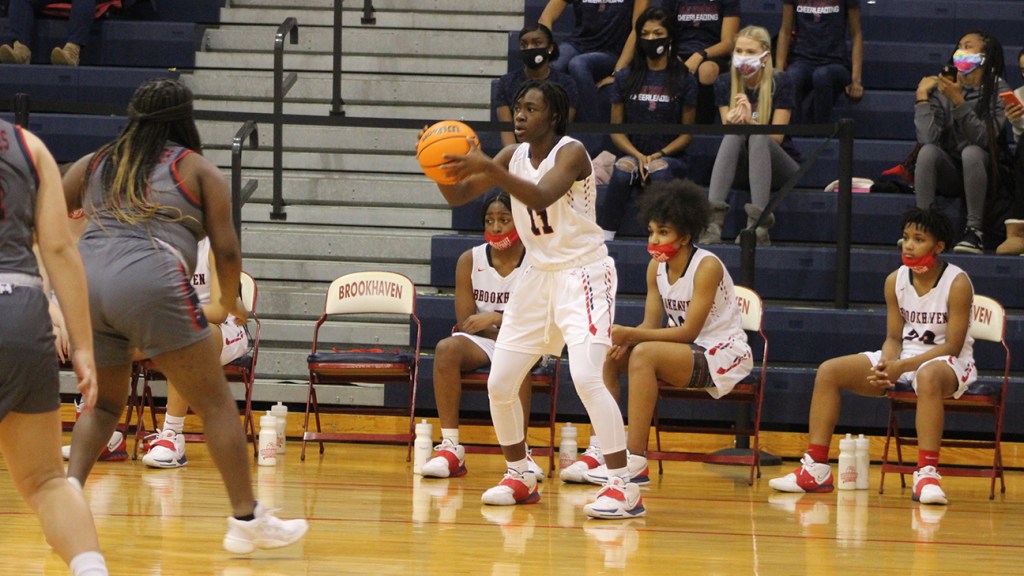 The Brookhaven High Lady Panthers will take on West Jones tonight at 6 p.m. in Sinclair Gymnasium.

The game is a first-round matchup in the Region 5-5A Tournament. Laurel is hosting South Jones in the other opening round girls’ game.

Brookhaven is 7-4 overall and 4-2 in region play. During the regular season the Lady Panthers split with West Jones in their two previous meetings.

On Jan. 5 BHS beat the Mustangs 45-33 in Soso. West Jones returned the favor 10 days later when they squeezed past BHS 36-30 in Sinclair Gymnasium.

It was the first region defeat of the season for Laurel (11-2) and the win over Vicksburg (15-6) broke a nine-game winning streak for the Missy Gators.

Sophomore Angel Wilkinson scored 19 for BHS in the win over Laurel and junior Kyja Willis chipped in 13 points.

The game against Vicksburg was a rematch of the 2020 5A state semifinals as the Lady Panthers took the Missy Gators out last season in the Mississippi Coliseum.

Last season BHS won both the girls and boys Region 5-5A titles in the tournament hosted by South Jones in Ellisville.

Due to COVID-19 related issues, the Brookhaven High boys’ team has had to forfeit their opening round game against Laurel.

Coach Marcus Flippin and his Panthers (1-10) will be able to play in the consolation game on Friday though.

The Panthers will await the loser between West Jones and South Jones. That consolation game will begin at 6:30 p.m. and will be played at Laurel Middle School.