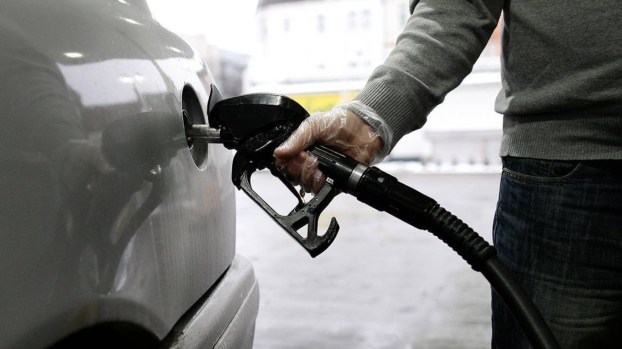 A sweeping transportation bill filed by one of the most powerful Republican leaders in the Legislature would allow voters to decide whether to temporarily increase Mississippi’s tax on motor fuels to pay for specific improvement projects on highways.

The bill, authored by Ways and Means Chair Rep. Trey Lamar, R-Senatobia, calls for a statewide election this summer on whether to temporarily raise the tax on gasoline by 10 cents and the tax on diesel fuel by 14 cents to pay for $2.5 billion of bonds that would primarily fund specific state projects. The bill would also designate $300 million for local roads and bridges.

Lamar’s proposal also calls for adjusting the current 18.4-cent gallon tax on motor fuel on a regular basis for inflation starting in 2031. Officials with the Mississippi Department of Transportation have long said the 18.4-cent-per gallon tax, approved in 1987, no longer provides enough revenue to meet the state’s infrastructure needs.

Lawmakers face a first deadline of Feb. 24 to pass the bill. If the bill passes the House, it will move to the Senate for consideration. If the Legislature approves the bill, the statewide vote on the tax increase would be June 8, 2021 — the same date as the state’s municipal elections.

“I think I can get some support,” Lamar said when asked whether he could pass the tax increase. “Members like the statewide election feature. It is for specific projects, and the money is not just going down a dark hole at the Transportation Commission.”

For years, transportation and economic development leaders have all but begged lawmakers for serious long-term investment in the state’s aging roads and bridges. Lawmakers have passed several stopgap measures to designate more funding to infrastructure in recent years, but no long-term spending plan has met the experts’ funding requests.

Lamar has an uphill battle to get the proposal passed. The Legislature, which is controlled by a Republican supermajority, has avoided raising the gas tax. They have, however, been more willing to consider letting voters decide tough issues on a statewide ballot, as Lamar’s bill would do. And lawmakers regularly include specific infrastructure projects in transportation bills or bond packages.

Gov. Tate Reeves has long opposed efforts to raise the tax on gasoline and made that opposition a cornerstone of his 2019 campaign for governor. When Reeves served as lieutenant governor between 2011-2019, he blocked several efforts to consider a gasoline tax.

If Reeves opposes the bill, Lamar and other legislative leaders would need to secure a two-thirds to ensure the bill could survive a Reeves veto. Garnering a two-thirds majority on any legislation is difficult.

Reeves’ office did not immediately comment on the proposal on Wednesday.

The Legislature took some steps to address the state’s transportation needs during a 2018 special session. In that special session, local governments got a steady stream of revenue from 35% of the use tax (from primarily internet sales) being diverted from the state general fund to local road and bridge needs. That diversion is expected to provide at least $120 million annually for local transportation needs when fully phased in, and the revenue source is expected to continue to grow.

Whether that transfer will pass the House is not clear.

“I am familiar with what the Senate did,” Lamar said. “I am going to reserve comment on that.”

Lamar did say earlier, though, he believed the diversion of the use tax revenue approved during the 2018 special session would address local road and bridge needs. In addition, his new proposal also would set aside $300 million for local road and bridge needs in revenue from the sale of bonds should voters approve the motor fuel tax increase in the statewide referendum.

There are about 20 projects that are cited to be completed if the bill becomes law and voters approve the increase in the motor fuel that is projected to generate about $250 million annually. Those projects include:

• Work on U.S. 51 and Interstate 55 to address traffic congestion in DeSoto County and work on additional highways in northwest Mississippi, such as Mississippi 4 in Marshall and Tate counties and U.S. Highway 51 in Tate County.

• Four-laning a section of state Highway 7 going into Oxford.

• Developing a bypass on state Highway 16 in Philadelphia.

• Four-laing a section of state Highway 16 from Canton going eastward.

• Work on U.S. Highway 49 south of the current work south of Jackson.

• Work on Mississippi Highway 12 between Durant and Kosciusko.

• Work on Mississippi Highway 24/48 near McComb.

• Work on a Mississippi Highway 57 bypass at Vancleave.

The entire city of Brookhaven is under a precautionary boil water notice, effective immediately, according to Water Department Superintendent Kris... read more