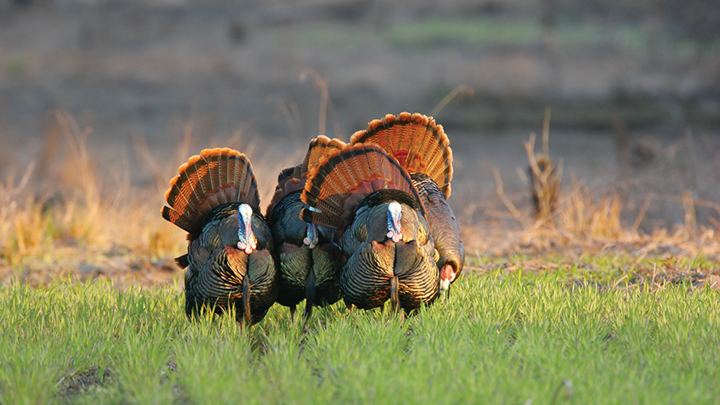 Britt, Smith and Bairfield were sentenced for conspiring in 2018 to kill in excess of the legal limit of Kansas wild turkeys while unlicensed and transporting the animals across state lines to Mississippi. Treadway was sentenced for aiding and abetting similar federal violations in 2017, according to Acting U.S. Attorney Darren LaMarca.

The unlawful activities took place in Kansas and Nebraska. In 2018, Britt, Smith and Bairfield killed more than 25 wild turkeys without the required hunting licenses and over the limit of two per person per season, in violation of Kansas law. They returned to Mississippi with trophy spurs and beards of the illegally-killed birds.

Treadway killed wild turkeys in Kansas in 2017 without a proper license and over the legal limit, also returning to Mississippi with trophy beards and spurs. Under the federal Lacey Act, it is illegal for anyone to transport across state lines any wildlife taken in violation of state law.

Britt was sentenced to five years supervised probation, a fine of $25,000 and worldwide prohibition from hunting of any type for five years.

Smith was sentenced to four years supervised probation, a fine of $15,000 and worldwide prohibition from hunting of any type for four years.

Treadway was sentenced to two years supervised probation, a fine of $5,000 and worldwide prohibition from hunting of any type for two years.

Bairfield was sentenced to two years supervised probation, a fine of $3,000 and worldwide prohibition from hunting of any type for two years.

The prohibitions against hunting also prohibit accompanying anyone in hunting or being present at any hunting camp during any hunting season. A violation of this prohibition or any term of probation will subject each to a term of imprisonment.

“The Department of Justice is committed to enforcing the Lacey Act and other federal laws to protect our wildlife resources,” said LaMarca. “This office will continue to work closely with the U.S. Fish and Wildlife Service and the Mississippi Department of Wildlife, Fisheries and Parks to enforce the Lacey Act. It is my hope that this prosecution sends a strong message that the wanton, indiscriminate killing of the American Wild Turkey, or any animal for that matter, will be met with debilitating and just consequences.”

“The Mississippi Department of Wildlife, Fisheries, and Parks, will continue to work diligently, to find and prosecute those persons who steal from our valuable natural resources,” said MDWFP Col. Steve Adcock. “The primary mission of the MDWFP Law Enforcement Bureau is to detect and hold accountable those persons who jeopardize our rich hunting heritage by committing lawless acts such as these.”

This case was investigated by the U.S. Fish and Wildlife Service, Office of Law Enforcement and the Mississippi Department of Wildlife, Fisheries and Parks.