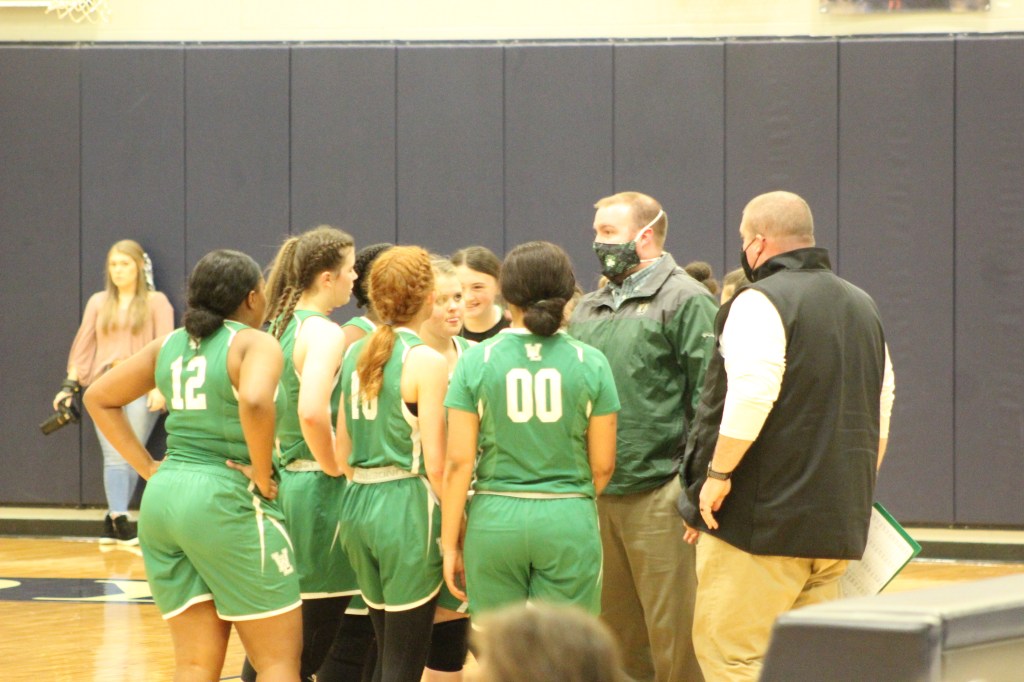 Photi by Cliff Furr/ Coach Brooks Smith and his West Lincoln Lady Bears are on to the MHSAA 2A quarterfinals Friday after whipping East Marion in Jack Case Gymnasium Wednesday. The Lady Bears will travel to take on Union in a game that tips at 6 p.m.

Wednesday night the West Lincoln Lady Bears (18-2) led 11-7 after the first quarter of their MHSAA 2A second round playoff game against East Marion.

West Lincoln would build on that lead over the final three quarters to take a 52-33 win. The Lady Bears are back in action Friday when they travel to Union High for a quarterfinal matchup at 6 p.m.

“We came out a little flat but started to get some separation in the second half,” said WL head coach Brooks Smith.

“We’ll need to play better going forward than we did Wednesday,” said Smith. “We appreciate the support from out crowd and hope to see a sea of green make the trip to Union.”Union (24-6) beat Puckett 61-31 Wednesday and took out Bogue Chitto 46-43 earlier in the week in the first round.