Scott Central too much for the Bobcats 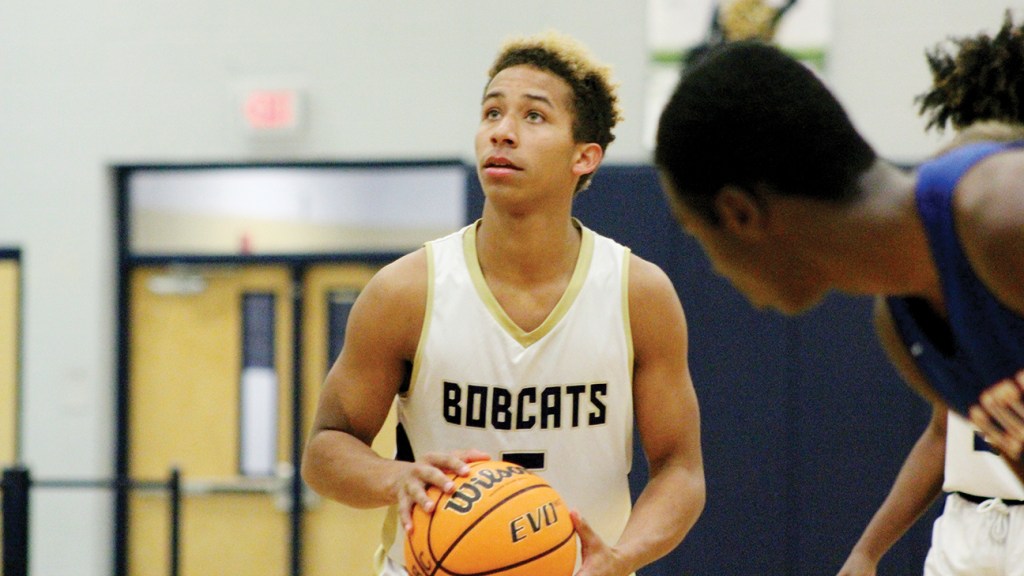 The MHSAA 2A playoffs weren’t kind to the Region 7-2A teams from the area as the division they matched up with in the boys’ opening round — Region 6-2A — won all four first round games.

As the second-place team from Region 7, Bogue Chitto earned the right to host a game and Tuesday they entertained the No. 3 seeded Scott Central Rebels.

The game was tied 8-8 after the opening eight minutes but in the second quarter the Rebel’s full-court pressure would begin to break things open in their favor.

BC went ahead 10-8 to start the second quarter on a basket by Tae Nelson, but a run by Scott Central gave them the lead for good after that.

Due to offensive rebounds and steals, the Rebels scored seven straight without the Bobcats being able to get the ball over half court.

Bogue Chitto coach Robby Walters called a timeout after another steal and layup put the Rebels up 17-10, but the Bobcats would never be able to recover.

6-foot-4 Scott Central sophomore forward Javion Butler was a matchup problem for the Bobcats. The lanky Butler was good inside offensively, blocked shots in the paint and could shoot off the dribble from deep. He was the only Scott Central player in double figures, finishing with a game-high 20 points.

The Bobcats had three players in double figures led by Cameron Williams with 15 points. Tra Mackabee added 12 point while Nelson finished with 10 points.

Jay May, Jabari Gardner, Jax Leggett and T.J. Sanford scored two points each for the Bobcats. Ken May also scored three points for BC.

East Marion knocked Scott Central out of the playoffs Thursday with a 64-55 win in the second round.

The only Region 6-2A team to win their second-round matchup Thursday was division champs Newton.

The Tigers took out Heidelberg 83-46 in the second round.

Enterprise finished as the four seed in Region 7-2A after losing in the consolation game to Wesson.

The Cobras (10-6) and coach Rusty Newman traveled Monday to face Union in their playoff opener.

Union beat Wesson 53-35 and on Thursday they were knocked from the postseason themselves with a 54-48 loss to Bay Springs.