Lady Panthers in 5A semifinals tonight in Jackson 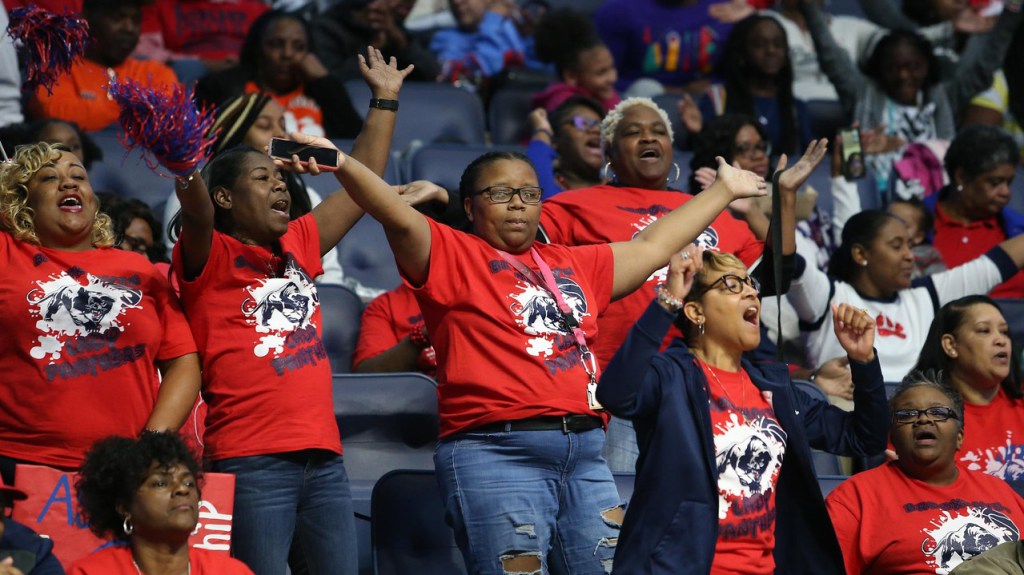 Photo by MHSAA/Keith Warren Brookhaven High fans will look to fire up Ole Brook today in the MHSAA 5A girl's state semifinals at 5:30 p.m. The Lady Panthers take on Holmes County Central in the Mississippi Coliseum with a spot in Friday's championship game on the line.

Ole Brook is back in the Mississippi Coliseum for a second straight year as the Brookhaven High Lady Panthers are again one of the final four teams left in the MHSAA 5A State Tournament.

Coach Preston Wilson and his team qualified for the semifinals with a 47-43 win over Wayne County Friday in Sinclair Gymnasium.

In their third-round win over Wayne, BHS went 6-of-12 from the 3-point line on the night. Junior Kyja Willis was 3-of-5 from deep herself as she finished with 12 points and four rebounds.

In their quarterfinal game, Holmes County took out Columbus by a 53-45 final. Columbus was the defending 5A champs after beating Brookhaven High last year at Ole Miss in the finals.

Holmes finished as runners-up during the regular season to Neshoba Central in Region 3-5A — but they beat NC 69-66 in the division tournament finals.

The 5A state championship will take place Friday, March 5 at 3 p.m.