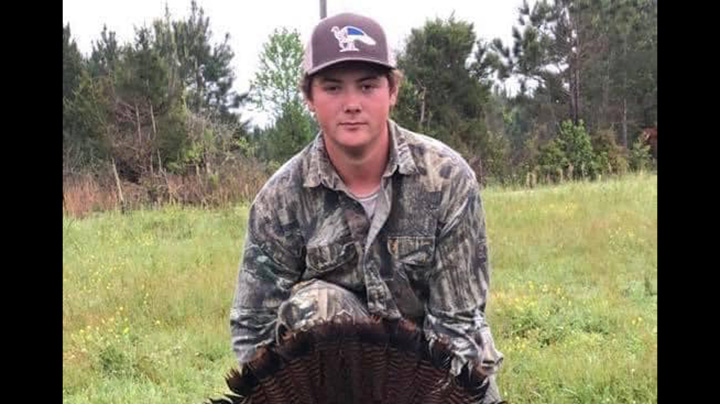 Photo submitted / Derrick Stewart lost a portion of his right leg in an ATV accident in October 2020. A car show benefit will be Saturday at Lincoln Civic Center to help raise funds for medical expenses and a prosthetic.

An open class car show will take place today at Lincoln Civic Center to benefit Derrick Stewart, a 19-year-old from Lincoln County who lost his leg in a recent accident.

With cars arriving as early as 8 a.m. to register, the Derrick Stewart Benefit car show will be from 9 a.m. until 3 p.m., with jambalaya and hot dog plates for sale, an indoor silent auction and a 50/50 cash drawing. Registration for the car show is $20 day-of only, with no admission fee for the public. All proceeds will go toward Stewart’s medical bills and the purchase of a prosthetic.

Prior to Oct. 12, 2020, 18-year-old Stewart was an energetic outdoorsman and dirt track racer. After a traumatic wreck, the Lincoln Countian is still both — he just has a setback to overcome.

On that fall Monday, Stewart and his younger brother Jesse were riding a 4-wheeler down the road near their home when they hit loose gravel and Stewart was unable to straighten the path the all-terrain vehicle was traveling. The boys hit a tree with the older brother’s leg between the tree and the ATV, and went down into a gully.

Stewart never lost consciousness, but pulled himself out of the gully. He told his brother to go get their father — his right leg was broken. But then he told him not to bother. His leg was gone below the knee.

Though Stewart tried to tie off his wound with a tourniquet made from his belt, the buckle broke. Younger brother Jesse grabbed the belt and held it tight.

A nurse was at her home nearby and heard the crash. “It was a fluke she was home,” said Stewart’s mother, Stacy Stewart. She hurried to their aid and helped him until the ambulance arrived a short time later. Stewart was airlifted to Jackson.

A doctor at the hospital told Stacy if it had not been for the immediate aid of Jesse and the nurse, her son would have died from blood loss at the scene.

Just over 24 hours later from his hospital bed, the teen posted online his thanks for the thoughts and prayers people were sharing.

He mentioned the wreck and the loss of his leg, adding, “But God has His hands on me because I’m still alive … It’s just another obstacle. It might slow me down but I promise you it won’t hold me back.”

“He never panicked,” his mother said. “He was in the hospital for three weeks, and had nine or 10 surgeries, most of them back-to-back. But after he got home, he immediately started driving and he’s been going non-stop ever since.”

The now-19-year-old wasn’t going to let deer season pass him by — he went hunting using a walker, and killed a buck. He’s been fishing with his dad in a boat, doing everything he needed to do on his own.

“I’m glad he’s doing that, because this hasn’t stopped him,” his mother said.

“Those are very expensive and they need to be swapped out every 3-5 years, depending on use,” Smith said. “We’re just trying to help take care of family.”

As co-owner of Smith Bros. Collision Center and co-sponsor of Downtown Cruise Nights in Brookhaven, Smith knew a car show would be a smart idea to help raise needed funds for his nephew, also a car guy.

“Brookhaven is a car culture-oriented town, and we thought this would be a good idea to bring people in,” he said. “We’re hoping people will come make a day of it.”

Door prizes will be awarded, as well as sponsor awards and Derrick’s Choice for car entries.

Though the business management student at Copiah-Lincoln Community College has his education on hold for now, it’s just another temporary setback that Stewart plans to address when he has a prosthetic and more freedom of movement.

“He’s got one little spot that still needs to heal on his stump before they can move on. I’m thankful and praising God that it’s closing up,” Stacy said.

“He has had just an unbelievable attitude about the whole situation,” Smith said. “He knows he could not be with us anymore and he is thankful. He has a had a great outlook.”

“I know God has His hand on him,” Stewart’s mother said. “I believe when he gets this prosthetic, he’ll be wide open.”