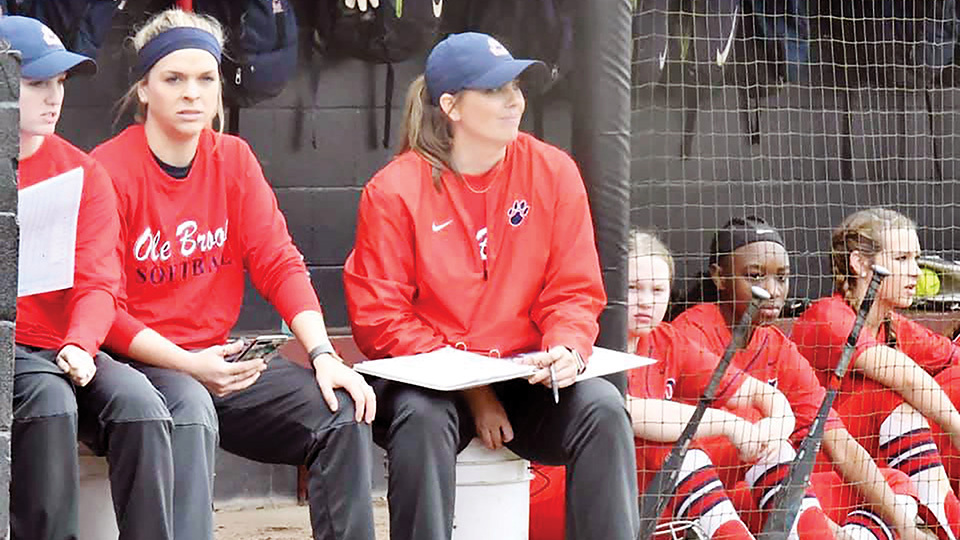 File photo Brookhaven High softball coach Mandy Vinson and her team will host their annual tournament today at Lady Panther Park. BHS begins tournament play against Enterprise at 8:30 a.m. and closes it out at 5:50 p.m. against Bogue Chitto. Other teams playing include Loyd Star, Warren Central, Vicksburg and Pearl High.

The forecast calls for the type of weather that softball coaches dream about this weekend.

It’ll be sunny and near 80 degrees as Brookhaven High hosts their annual Ole Brook Tournament at Lady Panther Park Saturday.

Last year the one-day tournament was one of the final athletic events held in the area before sports were shut down due to COVID-19.

Games will either be seven innings or 75 minutes each.

Coach Mandy Vinson and her homestanding Lady Panthers (0-5) take on Enterprise (3-3) in the tourney opener.

Enterprise and coach Trace Abdul-Hadi are coming off a big 6-4 win against Bogue Chitto in their Region 7-2A opener on March 5.

It was the first win for EAC over their county rivals from Bogue Chitto since April 3, 2018.

Sophomore Hannah Jergins pitched the win for Enterprise over BC as she threw 109 pitches in 6.1 innings. Jergins struck out four and walked seven while giving up two earned runs.

Bailey Parks came in to finish the game off in the circle and earn the save for the Lady Yellow Jackets.

At the plate Enterprise was led by Morgan Chemin with a double. Chemin had two hits in the game and drove in two runs as the leadoff batter.

Co-Lin softball signee Julianna Frazier led BC with a pair of doubles in the loss for coach Kris Smith.

Bogue Chitto (1-3) and BHS will meet in the tournament finale that’s scheduled to begin at 5:50 p.m.

The 11:10 a.m. matchup has Enterprise playing their second and final game of the day against 5A Vicksburg (2-4).

Loyd Star (3-4) takes the field at 1:50 against Pearl. The Lady Hornets beat Puckett 5-1 their last time out on Thursday.

Before the Spring Break holiday, Loyd Star got its Region 7-2A schedule started with a 6-1 win over West Lincoln.

At 3:10 p.m., Bogue Chitto wraps up their day with a matchup against Vicksburg.

The final game for Loyd Star is set for 4:30 p.m. against Warren Central.