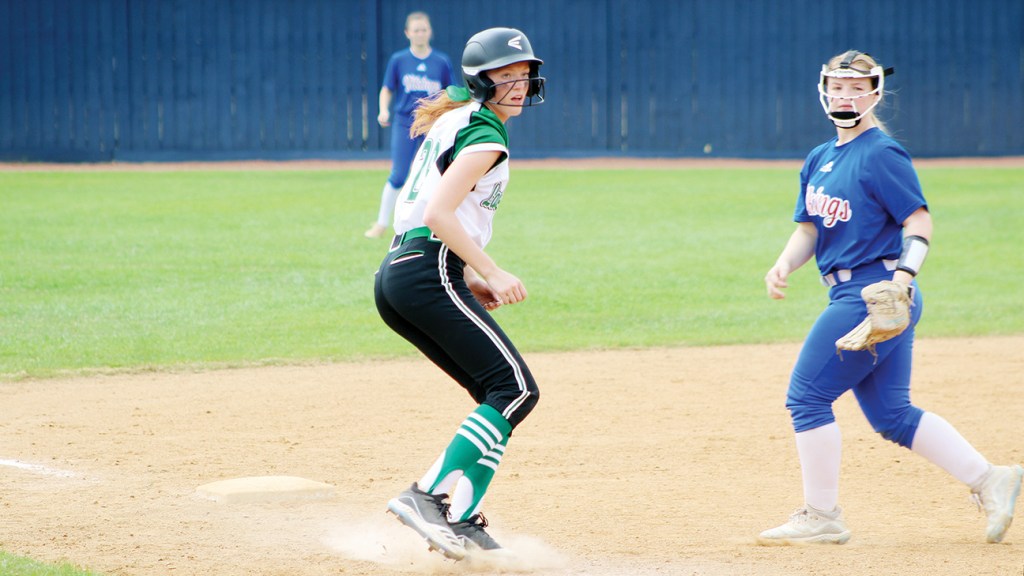 Local softball fans had a chance to see all four Lincoln County School District teams in one place along with homestanding Brookhaven High Saturday at the Ole Brook Tournament.

In the opener, BHS took a 13-1 win over Enterprise.

Ole Brook coach Mandy Vinson saw her team use 13 hits to pile up runs in their first game.

Angel “Cookie” Wilkinson is back with the Lady Panther softball team after finishing as the leading scorer on a Brookhaven High basketball team that made the 5A state semifinals.

Against EAC, Wilkinson blasted a pair of doubles and drove in two runs. Seventh-grader Journi Benson had a double as well, and fellow seventh grader Madison Benson smacked a triple.

Hunt drove in a pair of runs and Lauren Coughlan — the lone senior on the BHS team — had a team-best three RBIs in the win.

EAC got a triple apiece against BHS from Katelynn Malone and Hannah Jergins. Later in the day, Enterprise lost 6-2 to Vicksburg.

In the tourney finale, the Lady Panthers were beaten 7-1 by Bogue Chitto.

BC got a strong pitching performance from senior Julianna Frazier in the win. Frazier struck out six and walked three as she gave up just one hit and no earned runs.

Frazier hit a double and Kaitlin Poole added a triple at the plate for Bogue Chitto coach Kris Smith against BHS.

Frazier and Lynsey Cooper drove in two runs each for the Lady Bobcats.

In their game played earlier that day, Bogue Chitto saw Vicksburg jump up 3-0 in the first on their way to a 5-1 victory over the Lady Cats.

Brookhaven next plays on Friday at Enterprise while Bogue Chitto hosts Loyd Star on Thursday.

Saturday at Ole Brook, Loyd Star started its two-game slate off with a blowout, 14-2, win over Pearl.

Sophomore Marley Britt pitched the win for Loyd Star. She gave up five hits and one earned run while striking out four.

“Getting Marley some experience is important for us,” said Loyd Star coach Scott Leggett. “We’ve got a very seasoned arm in Carson Hughey, but we’ve got to keep developing some pitching depth.”

Britt and freshman Abby Burnette had two hits each against Pearl. Burnette had a double and drove in a whopping six runs in the win.

Loyd Star’s second game was a 2-1 loss to Warren Central. On a day when games had a 75-minute time limit and most contests ended after four or five innings — Warren Central and Loyd Star got a full seven innings done in 73 minutes.

The schools will meet again on Friday at Loyd Star.

Warren Central also had a close game in their matchup against West Lincoln, but it was the Lincoln County school that came out on top as the Lady Bears took a 4-3 win.

Freshman Madelyn Spring pitched the win for the Lady Bears. She struck out four and gave up one earned run on three hits.

Thornton said the close win was important for her team which only has two seniors on the roster.

“It was a great win for us,” said Thornton. “Our seniors are Jena and Jona Hughes. They’re two of our hardest working kids. The way they encourage and motivate their teammates is impressive.”

Jena Hughes went 2-of-3 at the plate against Warren Central. Abbi Norsworthy hit safely as well for WL.

In an earlier game Saturday, the Lady Bears dropped a 7-3 loss to Pearl.

West Lincoln and Brookhaven will both play in a tournament hosted by Vicksburg on March 27. Loyd Star will host their annual tournament featuring West Lincoln, Bogue Chitto, Brookhaven High and Wesson on April 10.