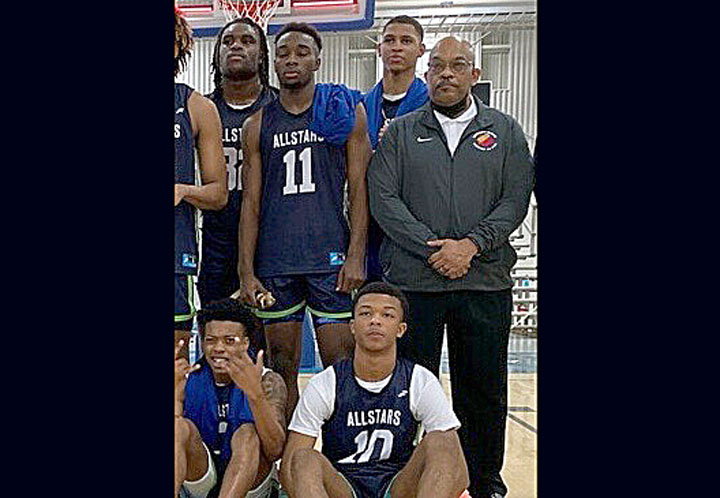 Brookhaven High will be under new leadership next basketball season as head boy’s coach Marcus Flippin has decided to retire after four seasons at the school.

BHS finished 1-10 last season in a campaign that was severely shortened by COVID-19.

“It’s time for some new, younger legs to get out there and show them how it needs to get done,” said Flippin. “I’m still going to stay involved in the community and I’m still very interested in teaching the game to younger kids, I’ve enjoyed my time at Brookhaven.”

Before hanging his whistle up, Flippin coached one final game last weekend in Montgomery, Alabama.
After being the assistant last year for the Mississippi/Alabama All-Star Game, Flippin served this year as head coach.

On paper, his team was an underdog as Team Alabama featured 6-foot-11 Mississippi State signee KeShawn Murphy and McDonald’s All-American J.D. Davison. Davison is a University of Alabama signee who averaged over 32 points per game as a senior.

None of that mattered though, as Team Mississippi used 25 points from St. Andrew’s guard Rashad Bolden to propel them to a 93-91 win.

“Duke started feeling ill during practice that week,” said Flippin. “He wasn’t able to play at 100 percent, he started in the second half but him not feeling great limited his minutes.”

Thrasher is committed to sign with Hinds Community College next month.

As an assistant, Flippen had seen Team Alabama get a blowout 118-97 win last year. That was a learning experience that he used to lead his team in 2021.
“I saw last year that playing man-to-man defense was going to be big for us,” said Flippin. “Doing that allows you to get out and run into transition and get some easy baskets and that’s important in an all-star game.”

Team Alabama had their winning 3-point attempt blocked at the buzzer as Mississippi held on for the victory in a game that was tied at 89-89.

“I really felt like the kids bought into what we were trying to accomplish,” said Flippin. “They were a real joy to be around and coach. If I had a group like that to coach every year I wouldn’t be retiring anytime soon.”

In addition to coaching boys’ basketball at BHS, Flippin has also served as an elementary assistant principal at Mamie Martin in the Brookhaven School District.

Flippin’s best season was his second, as Ole Brook finished 21-8 in 2018-2019. The Panthers lost in the second round of the 5A playoffs that season at Long Beach.

BHS also made the second round in 2020 when they knocked off Laurel in the division tournament to take the Region 5-5A championship.

Before coming to Brookhaven, Flippin was an assistant principal and girls’ basketball coach at Amite County. His best team at Amite County went 30-5 in 2015 and lost 58-53 to West Tallahatchie in the 2A semifinals.

Flippin’s greatest success came coaching the girls’ team at South Pike. His teams there never had much size, but played a fast, full court style while using the 3-point shot as their equalizer.

“I’ve got a couple options of what I’ll do next, but it all comes back to helping kids become their best self,” said Flippin. “That’s something I’ve always tried to do as an educator and coach — and I don’t plan on stopping that.”