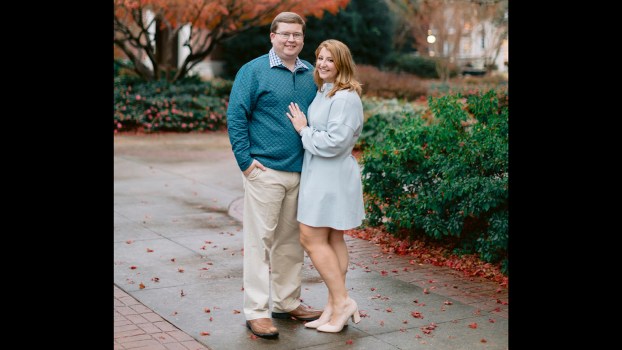 The bride-elect is the granddaughter of Ms. Martha Patrick Taylor,  Mr. and Mrs. Sammy Frank Taylor, all of Senatobia, Mississippi, and the late Mr. and Mrs. J. W. Coombs of Ripley, Mississippi. Miss Coombs is a 2008 graduate of Corinth High School. She  attended the University of Mississippi where she earned a Bachelor of Broadcast Journalism with a minor in art in 2012. The bride-elect is currently employed as the public relations director at the Corinth School District.

Mr. Moak is a 2009 graduate of Jackson Academy in Jackson, Mississippi.  He attended the University of Mississippi where he earned a Bachelor of Liberal Studies in 2013.  Mr. Moak obtained a Master’s Degree in Sports Administration from Belmont University.  The bridegroom is currently employed with AFLAC and Transamerica.

The couple will exchange vows at half past five, Saturday, April 10, 2021, at First Presbyterian Church in Corinth, Mississippi. The  reception will follow at Shiloh Ridge Athletic Club.  After a honeymoon in Hawaii,  the couple will reside in Corinth.

Dr. Steve and Juli Mills announce the engagement and approaching wedding of their daughter, Caroline Jean Mills of Brookhaven, to... read more