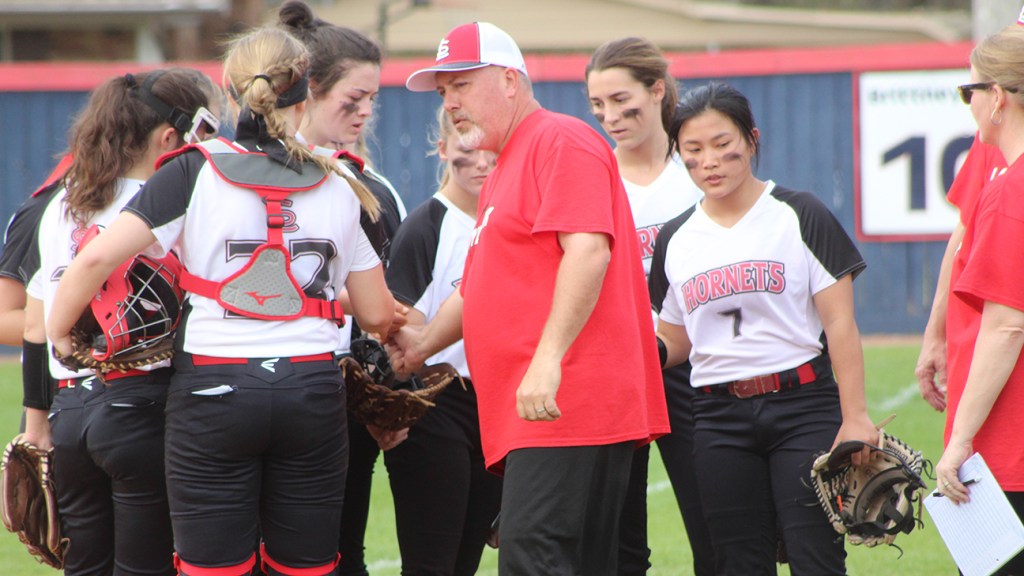 Photo by Cliff Furr Loyd Star softball coach Scott Leggett and his team host Wesson tonight at 6:30 p.m. Most area softball and baseball teams have moved their games up to tonight, when possible, as the weather forecast calls for rain throughout the middle of the week.

A forecast that has rain predicted Tuesday through Thursday has high school softball and baseball coaches scrambling to move up games from Tuesday to today in order to beat that weather.

In softball action, Enterprise will travel to Walthall County today to face Tylertown at 4 p.m. Loyd Star is hosting Wesson in a Region 7-2A matchup that starts at 6:30 p.m.

Bogue Chitto and West Lincoln are also set to meet in another Region 7-2A game, but that one can’t be moved up due to a COVID-19 quarantine for BC that won’t end until Tuesday.

Brookhaven High is scheduled to travel to West Jones for their Region 5-5A opener on Tuesday and that game is still scheduled for a 6:15 first pitch in Soso on Tuesday.

Brookhaven Academy will be home for a MAIS District 4-4A baseball game tonight against Adams County Christian School. First pitch is set for 6 p.m. at Williams-Gillis Ballpark.

West Lincoln doesn’t play this week as they were scheduled to take on Amite County in a three-game series. Prior to the season starting Amite County opted to cancel baseball this spring.