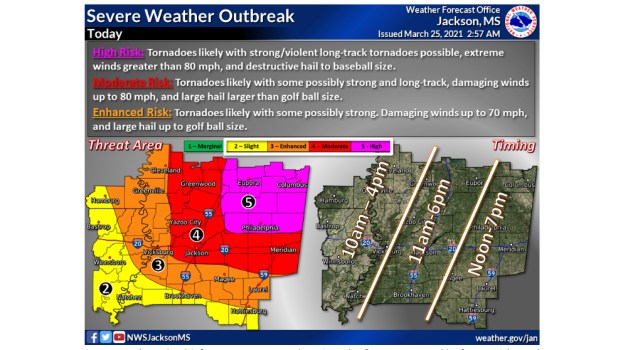 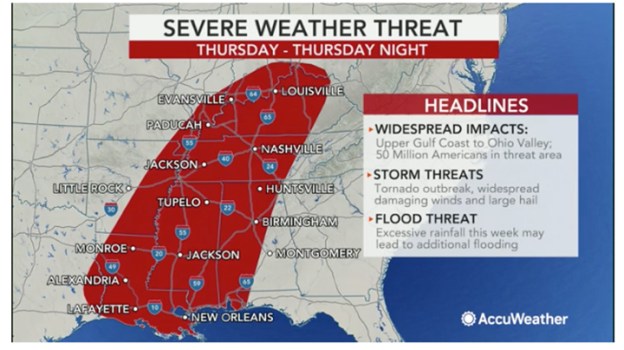 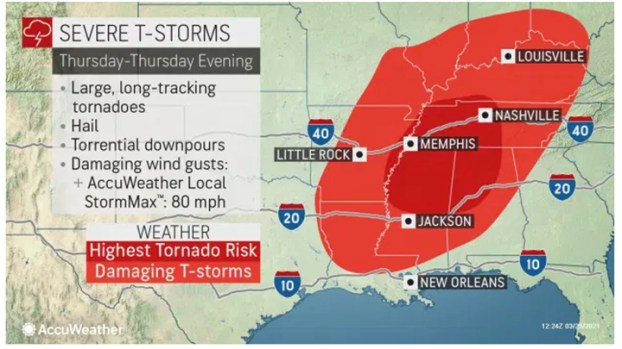 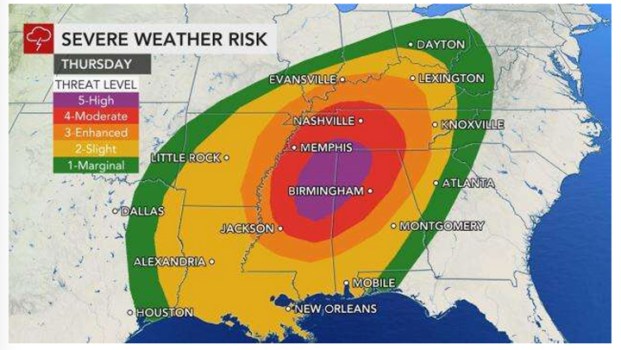 A life-threatening severe weather outbreak looms across a large part of the southern United States from the Gulf Coast to the Ohio Valley, meteorologists warned Thursday.

At least 50 million people are in the path of the severe weather.

While the highest risk in Mississippi is above the I-20 east-west corridor, Southwest Mississippi remains in the area where damaging thunder storms are predicted, including large, long-tracking tornadoes, hail, damaging wind gusts and torrential downpours into Thursday evening.

The National Weather Service in Jackson places the majority of Southwest Mississippi, including most of Lincoln County, in a “slight” risk category, but the northern portion of the county is included in the area of “enhanced” risk — including the northeastern section where damage was incurred one week ago from a tornado and severe storms.

NWS predicts the severe storm activity will move through the area from 11 a.m. until 6 p.m.

The FEMA/Brookhaven building on Industrial Park Road is open as an emergency storm shelter. No pets are allowed, but chairs and restrooms are provided.