BHS tennis picks up wins over Clinton and Warren Central 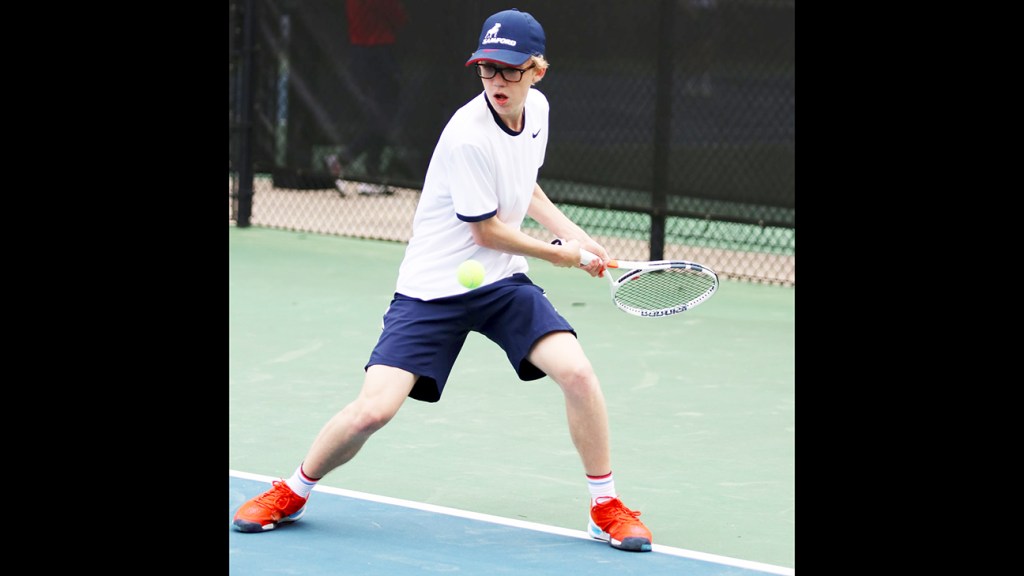 Photo by Becky Green / Brookhaven High senior Sam Allen returns a shot earlier this week in a match against Clinton High. Allen and the Ole Brook tennis team will be at home Saturday hosting Lawrence County in a match that's scheduled to begin at 9 a.m.

There are three remaining matches left in the regular season for the Brookhaven High tennis team and all will be played at the Brookhill tennis complex. Those matches will take place March 27 at 9 a.m. (versus Lawrence County), March 29 at 4 p.m. (versus Brandon High) and April 1 at 4 p.m. (versus Vicksburg High).

The Ole Brook tennis teams are under the direction of first-year head coach Stephanie Triplett who took over for former coach Nancy Fisher this season after the COVID-19 shortened campaign of 2020.

The team is young with only two seniors on the varsity squad.

BHS picked up two wins already this week with a 4-3-win Warren Central on the road Tuesday and a 4-3 victory at home Monday against Clinton High.

The win over 6A Clinton was especially close with five tiebreakers being played during the varsity action.

Clinton took the girls singles match as Grayson Temple beat Lily Gray in a tiebreaker after they split their first two sets.

The Brookhaven No. 1 girls’ doubles team of Lauren Currie and Sarah Adcock defeated Andi Price and Madeline Manuel of Clinton 6-3, 6-2.

The BHS No. 1 boys’ doubles team of Pierce Legg and David Sones also picked up a win. They beat Pransanna Guduru and James Howe of Clinton by a 6-4, 7-6 final.

BHS also got a victory in No. 2 boys’ doubles as Jeremiah Layton and Robert Adcock beat Mohit Kocher and JT Price of Clinton in a third set tiebreaker.

The No. 2 girls doubles team from BHS — Lucy Allen and Allie Grace McNeill — lost in a third set tiebreaker as did the mixed doubles team of John Sones and Caroline Kilpatrick.

Brookhaven High will host the individual region tournament on Tuesday, April 6, at Brookhill. The Panthers are in Region 6-5A along with Natchez and Vicksburg.

The first round of the team playoffs will then follow with date, time and location still to be determined.