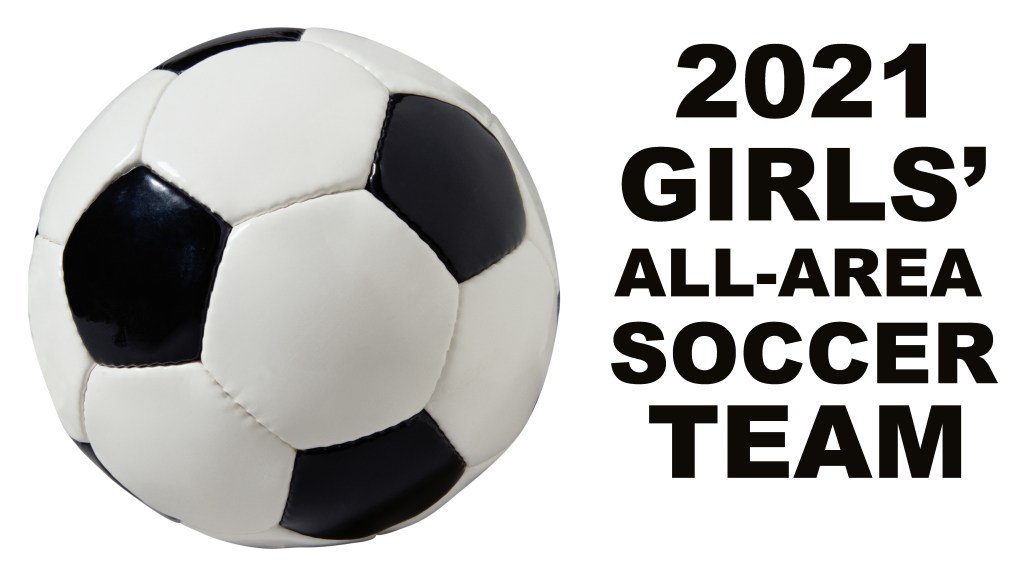 “Extremely aggressive, that’s the best way to describe the way Abby plays. That helps her win those 50/50 balls — her determination. She’s not going to back down or slow down for anyone.” – LS coach Jordan Lea

A transfer in her first year at the school after moving from North Pike, Burnette scored 16 goals in 17 games for the Lady Hornets. She also added nine assists, which was second on the team. Burnette also starts at second base for the LS softball team.

“She likes to compete and is aggressive with the ball. Marley is still developing and understanding the game better. I look for her to have an even bigger year next season.” – WAC coach Bobo Douglas

“Greshanti created opportunities for herself and her teammates. Her speed made her a threat to score every game. She worked well with her teammates and kept her intensity up no matter what the score was.” — LC coach John Floyd

Possessing great speed and quickness, Henley is also a track standout for Lawrence County once soccer season is over. As a sophomore she won the 100-meter and 200-meter sprints for LC at the region level along with the high jump. As a senior soccer player for the Lady Cougars, she scored eight goals and added three assists while being keyed on by opposing defenses.

“She’s one of the hardest workers I know, Cara is a team player who’s always looking to involve others. She’s a leader — a great soccer player and an even better captain for our team.” — WL coach Dane Hodges

Already a seasoned player and a team captain as a sophomore, Jarancik dished out a team high six assists last season for the Lady Bears. She also added four goals for program that posted its first winning season (9-7-1) since being founded five years ago. Expected to do ever more next season as the Lady Bears only lose three players to graduation.

“Taylor provided a great attitude and leadership for our team. She was our most valuable player on the defense. What sets her apart is her speed defensively and then her ability to dribble down and help with our attack.” – BHS coach Dustin Bairfield

The centerpiece of the Brookhaven High defense, Levy rarely came off the field as a senior this season. Levy’s voice would be the one you’d often hear calling out the defensive assignments and communicating with her younger teammates. Scored one goal as a senior and was a big part of BHS making their ninth straight 5A playoff appearance this season.

“The epitome of what it means to be a student-athlete. She’s just a special kid. Great as a player, but an even better person. Makayla always played hard with great effort and was very coachable.” – BA coach Randy Spring

An MAIS All-Star game selection as a senior in both soccer and basketball, Martin has been a cornerstone for the Brookhaven Academy varsity as a goal scorer throughout her career. Her senior season stats were the same type of reliable output that the BA coaching staff had come to expect from her. The athletic Martin finished her final year as a Lady Cougar with 13 goals and seven assists.

“I’ve witnessed her working to become the best player she could be over her career. She’s one of our captains and was our MVP this season. Morgan’s leadership was big for us this year as we dealt with COVID-19 and all the different obstacles we faced.” – BHS coach Dustin Bairfield

Like her older brother Will before her, Moak was masterful in the middle of the field for Brookhaven High. She helped key the BHS counter while scoring a goal and adding a pair of assists. In her career playing first for coach Kevin Bower and now for Bairfield, Moak was a large part of Brookhaven High having an unbeaten streak in region play that stretches over the last six seasons.

“She’s been a starter since 8th grade and Ella pushed herself this year more than any player I’ve ever coached. She’s an all-around player that made her teammates better. She’ll be greatly missed and has a place as one of the best I’ve coach — she gave her all every game.” WAC coach Bobo Douglas

A steadying presence in the middle of the field for a Wesson team that finished second in Region 7-Class I, Silva was a key piece for the Lady Cobras as a senior. She accounted for four goals and directed the set pieces for coach Bobo Douglas. Wesson was a combined 66-37 on the pitch in Silvan’s five seasons as a starter.

“Creative and has a natural ability to finish, Camryn is one of the most skilled soccer players I’ve ever coach. She never stops looking for ways to improve her game.” – WL coach Dane Hodges

The type of athlete who would be good at whatever sport she chose, Summerall had her best season yet as a junior. As a sophomore she led the Lady Bears with 12 goals and this year she topped that with a 20-goal campaign. The gritty Summerall also serves as the catcher and power hitter in the middle of the West Lincoln softball lineup.

“She was a stone wall for us on our back line. Kayleigh plays with confidence and isn’t afraid to be tested. Her confidence lifted her teammates up too.” – LS coach Jordan Lea

A member of the Loyd Star varsity since the seventh grade, Waldrop was a key defense piece for 13-5 team this season. As a senior she assisted on two goals and helped the LS defense hold their opponents scoreless 10 times in 2020-2021.

“It’s hard to put into words what makes Kayci Beth so special. She’s never going to stop competing in whatever she does. She just has the types of intangibles that you can’t measure.” – BC coach Shane Nippe

Wallace led the Lady Bobcats in goals (8) while also splitting time as the starting point guard for the Bogue Chitto basketball team. Wallace never came off the field for BC and is also a standout for the school’s softball team.