The Daily Leader’s Soccer Coach of the Year, MVP 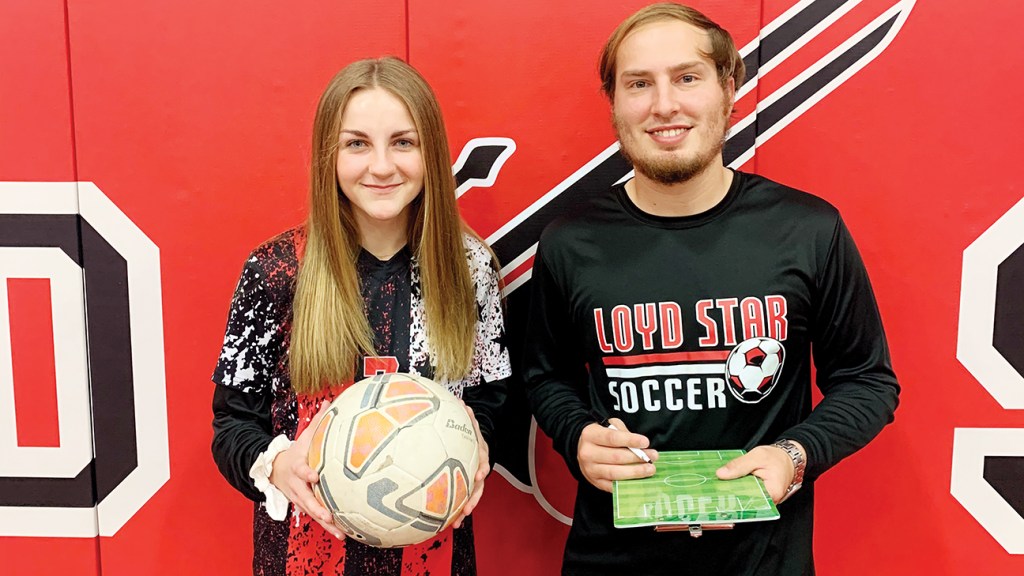 Loyd Star soccer coach Jordan Lea didn’t play the game until junior high. His first love was football, but as a freshman he really fell for futbol as a student-athlete at Brookhaven Academy.

After working as an assistant last year for long-time Loyd Star head coach Dale Brister, Lea was given the top job in 2020-2021. His first Loyd Star girls’ team finished 13-5 overall and 6-4 in Region 7-Class I play. For his efforts Lea has been named The Daily Leader All-Area Coach of the Year.

“This year was a complete blast — the support from the school and community was awesome for our team,” said Lea. “To see the kids, have fun and enjoy the work they put in, that’s the most meaningful thing for me.”

When Lea graduated from Brookhaven Academy he immediately started working as an assistant at the school for his old soccer coach — Clint Rounsaville. While a student at Co-Lin he was there for every practice and game that BA played in. After transferring to Southern Miss, he’d still drive back to help when possible.

Prior to coaching at Loyd Star, he worked one more season full-time as an assistant at BA. He credits Rounsaville with helping grow his love of the game.

“I look at him as my mentor,” said Lea. “He taught me to respect the game and how it should be played the right way. Coach Rounsaville is someone who’s put a lot of work into growing soccer in this area and I’ll always appreciate him for that.”

Loyd Star’s five losses were all to Region 7 competition and they were all close. They dropped a 1-0 match to West Lincoln in a tournament. They lost 4-0 and 2-1 to region champs Franklin County and were swept by Wesson (2-0 and a penalty kick loss).

Those losses to Wesson kept Loyd Star from making the post season despite their record, but Lea says that’s only made his group hungrier.

“The upperclassmen really bought in and gave great effort from the start,” said Lea. “And those younger players aren’t satisfied. Coach Brister built a strong program here over the years. It’s a great feeling to see the game growing in popularity at the school.”

A big reason that Loyd Star had the season they did as a team is because of the play of their super sophomore, Mary Claire McCurley.

In the regular season no MHSAA girl’s player in the state of Mississippi — 1A through 6A — scored more goals than MCM. McCurley finished the season with 32 goals and 10 assists, for her outstanding play she’s been named The Daily Leader All-Area Most Valuable Player.

“She does the little things right because she knows that’s what it takes to do big things,” said LS head coach Jordan Lea. “She’s one of the smartest soccer players I’ve ever been around.”

MCurley broke onto the scene as an eighth-grader who scored 11 goals for a Loyd Star team that made the playoffs. As a freshman last year, she upped that total to 13 goals on a team filled with upperclassmen.

“You see that number of goals, but she honestly doesn’t dominate the ball like you’d expect,” said Lea. “She’s really focused on getting her teammates involved and knows that if she keeps the ball moving from the midfield, good things are going to happen for her around the goal.”

Scoring goals was a family affair this season as McCurley’s older brother Hayden led the Loyd Star boys’ team with 14 goals as a senior.

Lea says what Mary Claire isn’t something that she’s learned from him or other coaches — it’s just who she is.

“Some kids are born to play baseball or football or basketball,” said Lea. “She was born to be a soccer player.”