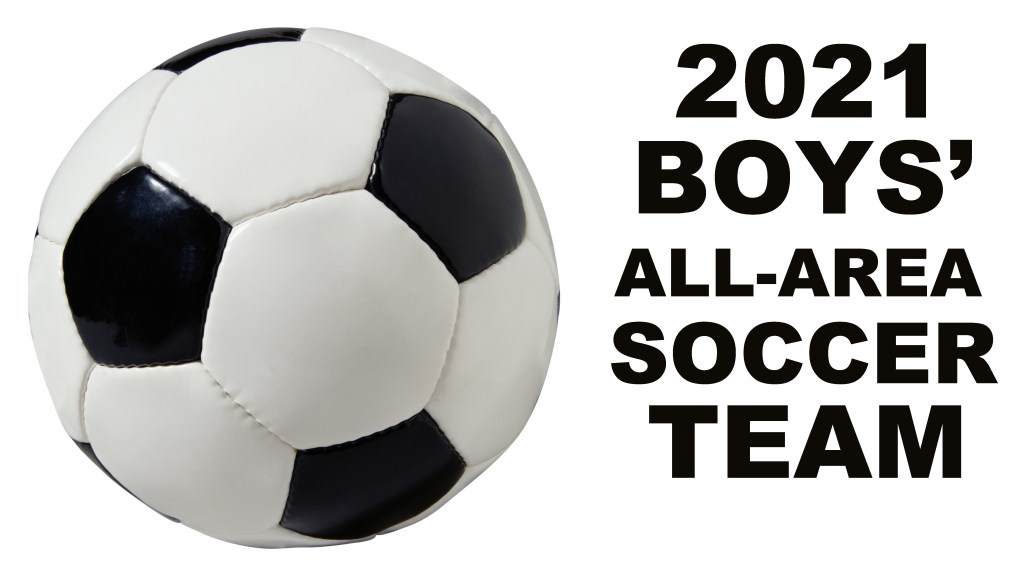 “He puts in the extra work, that’s what sets Luis apart. You can’t teach the type of attitude he has or coach his type of work ethic. Luis is the type of player that’s never satisfied or comfortable with where they are.” — LS coach Jordan Lea

Benavidez has been an anchor of the Loyd Star attack in his varsity career. As a senior he scored 11 goals and dished out eight assists for the Hornets. Versatile and strong with the ball, Benavidez keyed the Loyd Star point of attack. Soft feet and the ability to settle the ball was one of his biggest strengths as a player.

“Trace was a real leader for our team. He put in the hard work and dedication required for six years. He makes everyone he plays with better.” — BHS coach Aaron Ayers

A true captain in the way he carried himself on a very young Brookhaven High team, Brady scored 10 goals and added eight assists in his senior campaign. During his six-varsity season career, was part of five playoffs teams for Ole Brook. A Meridian C.C. soccer commit.

“Stopping Corey was the focus of our opponents. He’s a great all-around athlete and that put pressure on the other team and opened up opportunities for his teammates. He’s fiercely competitive and that set a good tone for our team.” — BA coach Randy Spring

Brookhaven Academy had their soccer season severely shortened by COVID-19 as the Cougars got just nine games in on the pitch. That limited scoring opportunities for the strong legged Case as he finished the season with five goals and five assists. Case is a three-time Daily Leader All-Area selection as a kicker in football.

“He has what it takes to play soccer at the next level. His defensive abilities saved us countless times these past few years.” — WL coach Jeremy Johnson

A building block of a West Lincoln program that made their first playoff appearance last season in their third year of existence, Castillo has been a defensive leader for the Bears. Castillo had three goals and an assist and was part of a WL defense that posted five shutouts this season. Also, a cross-country standout, he was MHSAA 2A state champion in the sport as a junior.

“Rylan has been the heart and soul of our team. I’ve never met anyone who’s put in as much work as he has to get better and better each year.” — BHS coach Aaron Ayers

The emotional leader of a Brookhaven High team loaded with junior high age players, Fortado was the main communicator in the back half of the Panther formation. Fortado had one goal and three assists as Brookhaven high finished as Region 5-5A runners-up in 2020-2021.

“He’s a hardworking person and player. Briar is intense and that’s the kind of person you want on your team. That type of tenacity led him to being our leading scorer this season.” — WL coach Jeremy Johnson

Topped the Bears in 2020-2021 with 14 goals on the season. Also added five assists, which was tied for second on the team as West Lincoln finished 9-9 overall. As a sophomore he scored three goals for a playoff team that went 12-5-3.

“Enrique has quick feet that allow him to control the ball in traffic. He’s an exceptional defender but can become an attacker anytime he has the ball.” — BC coach Shane Nippe

Scored five goals and dished out a team high eight assists for a Bogue Chitto team that wen 7-3 in Region 7-Class I and lost a close first-round game at Magee in the postseason. He is the cousin of teammates Yojan and Yosvin Hernandez.

“He has good enough speed to track down through balls and beat the defender. Yojan is also able to work the ball through traffic to create shots.” – BC coach Shane Nippe

Still in junior high but already possess a high chance of scoring when the ball finds his feet. Notched 11 goals and four assists for the Bobcats while paring with his brother Yosvin and cousin Enrique in the Bogue Chitto offensive attack.

“He stepped up big as a leader for us this season. He played defense for a majority of the year, but we moved him around the field when needed. Always played full speed and gave 100-percent effort. He’ll be missed next season and is going to be hard to replace.” — WAC coach Bobo Douglas

The Cobra were young this season and posted their first sub .500 record since 2017. Mora was part of a four-man senior class. The defense, led by Mora, was a strong suit for Wesson as they held their opponents to two goals or less in just under 50 percent of their matches.

“A true team player, Nathan is really like having another coach on the field. He’s got one of the highest soccer IQs on the team, but he’s never going to make his teammates feel bad about their mistakes. Nathan really directed our defense.”

An active and athletic keeper for the Hornets, Nusbaum made 156 saves as a senior. He gave up just 17 goals in 17 games and average just over nine saves per match. Also scored one goal for the Hornets who finished 10-7-1 in 2020-2021.

“Tanner’s been a good goalie and a good all-around player for us. He’s got the instincts and attitude that it takes to play the position.” — LC coach Rob Alford

The Cougars are members of a tough Region 6-4A that includes annual contender Sumrall along with McComb, and North Pike. Battling through COVID-19 quarantines and cancelations in 2020-2021, the play and development of Thornhill was a positive for Alford and his staff this season.