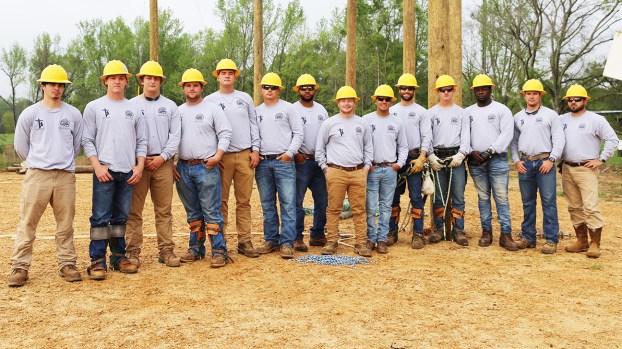 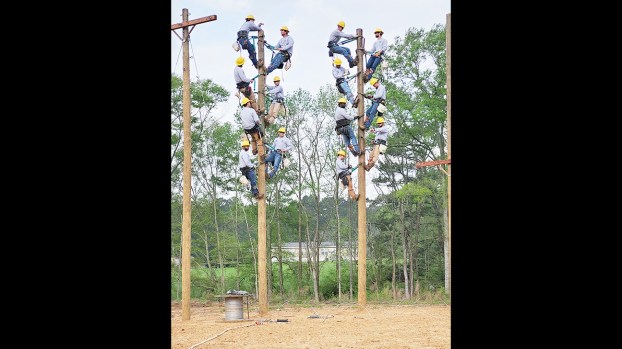 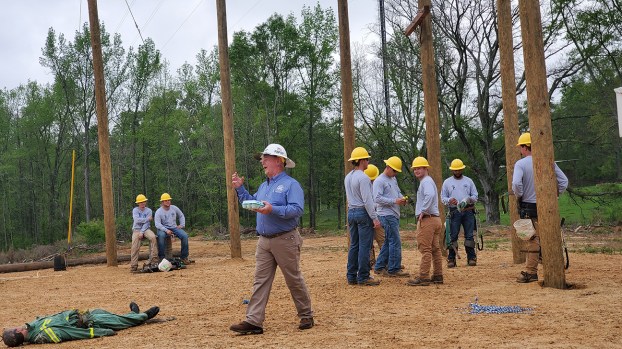 Photo by Brett Campbell / Graduates of the first Lineman Program class at Copiah-Lincoln Community College's Workforce Center demonstrated some of their skills at Wednesday's graduation. Instructor Tony Martin explains to attendees that some of the students will be attempting to scale poles while keeping a raw egg unbroken in their mouths. 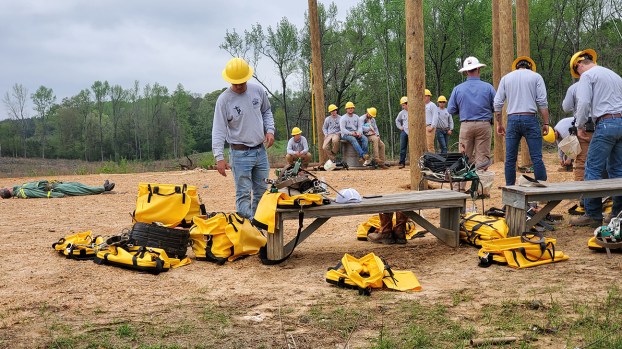 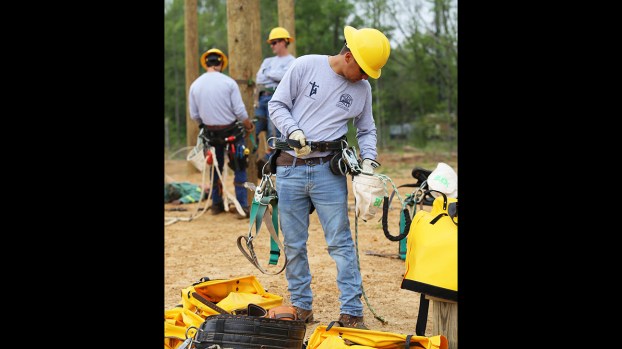 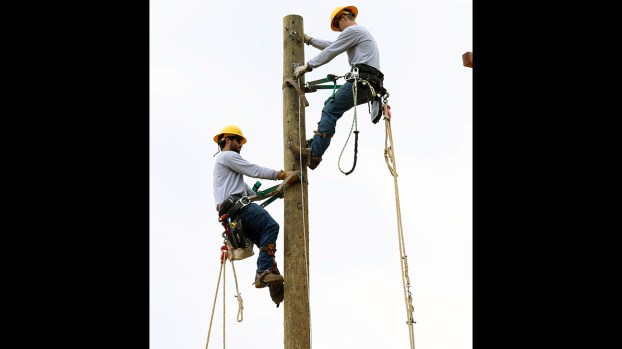 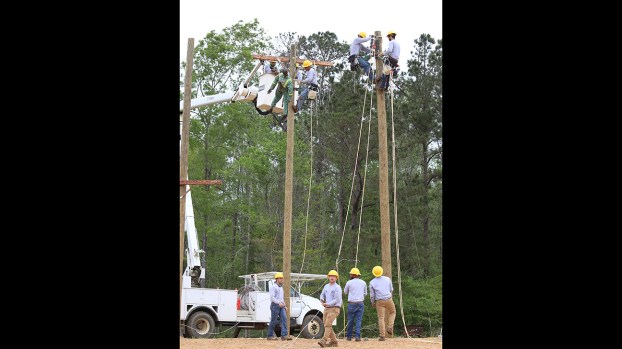 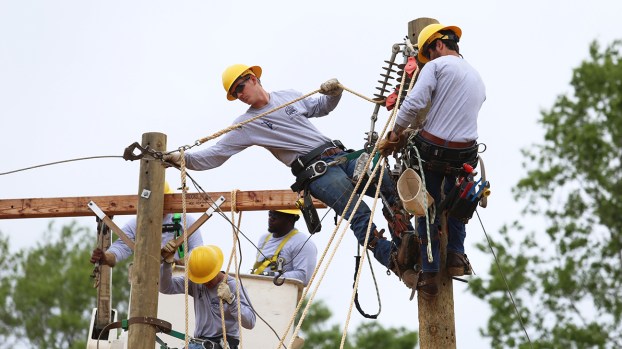 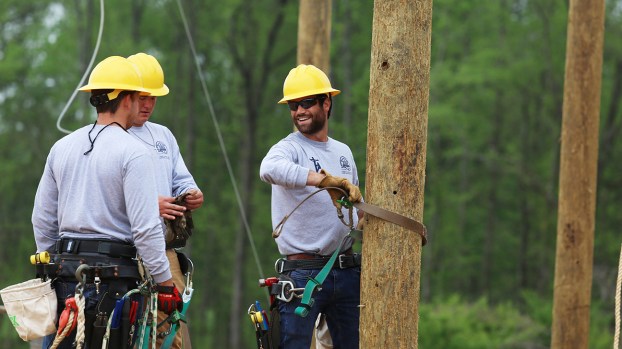 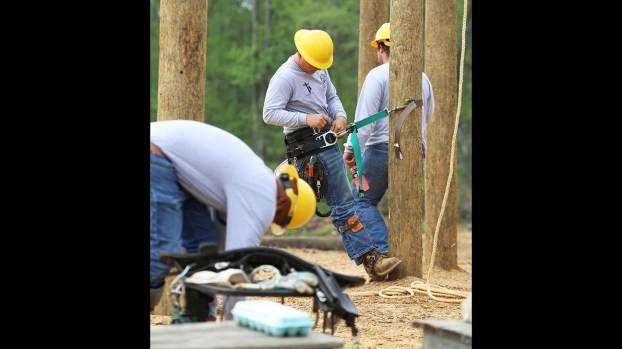 Fourteen men in long-sleeved gray shirts and yellow hard hats stood with smiles on their faces Wednesday after receiving their graduation certificates from Copiah-Lincoln Community College.

The inaugural class of the school’s Lineman Program had completed 16 weeks of training and were ready to celebrate with their families.

“We are so proud of them,” said Workforce Center Director Stephenie Sullivan. “These guys helped us figure this out.”

Tony Martin, a retired lineman from Magnolia Electric Power, instructed the students.
“I’m proud of all of them, all 14 of them,” Martin said.

The graduates chose to demonstrate some skills for the ceremony’s attendees — climbing poles, attaching lines, performing a mock rescue and a final, unique display of finesse.

The mock rescue was conducted with a 180-pound dummy nicknamed Earl, who was lifted to the top of a power pole by students in a bucket truck and attached as if he’d been electrocuted and needed rescue. Students worked together to demonstrate quick and effective techniques to save a fellow worker, should the unfortunate need arise.

After all the rescue runs, a few volunteered to perform a feat they had not practiced — carrying a raw egg by mouth as they climbed and descended a pole in full gear. They also raced to see who would be the quickest. Of the several who tried, a few wound up with raw egg in their mouths and about three made it up and back without cracking the shell.

When all the applause and laughter died down, the graduates lined up and student Brett Abernathy thanked the crowd for coming, for their support over the course of the training, and thanked Sullivan and Martin.

“Thank you to Miss Stephenie for getting the school started,” Abernathy said, “and Mr. Tom, because without him we wouldn’t know what we know now.”

The class is a non-credit, short-term workforce training that employs credible curriculum to give workers real-world training. The class takes place 8 a.m. to 5 p.m. four days each week and costs $1,400 per student.

“These are high-quality people who worked very hard to be here,” Sullivan said. “They very definitely made a mark and set the bar very, very high.”

It is a tough class and not everyone will make it through, Sullivan said — 17 started and three dropped out.

“I have thoroughly enjoyed it,” Martin said of his time with the students. “These men didn’t know each other when they arrived and now they stand together as good friends. They have truly learned to be their brothers’ keepers.”

The next lineman class begins Aug. 16 and registration must be completed by Aug. 2. More information and application packets can be found at workforce.colin.edu/program-info/lineman/