Co-Lin soccer returns to the field with home matches today 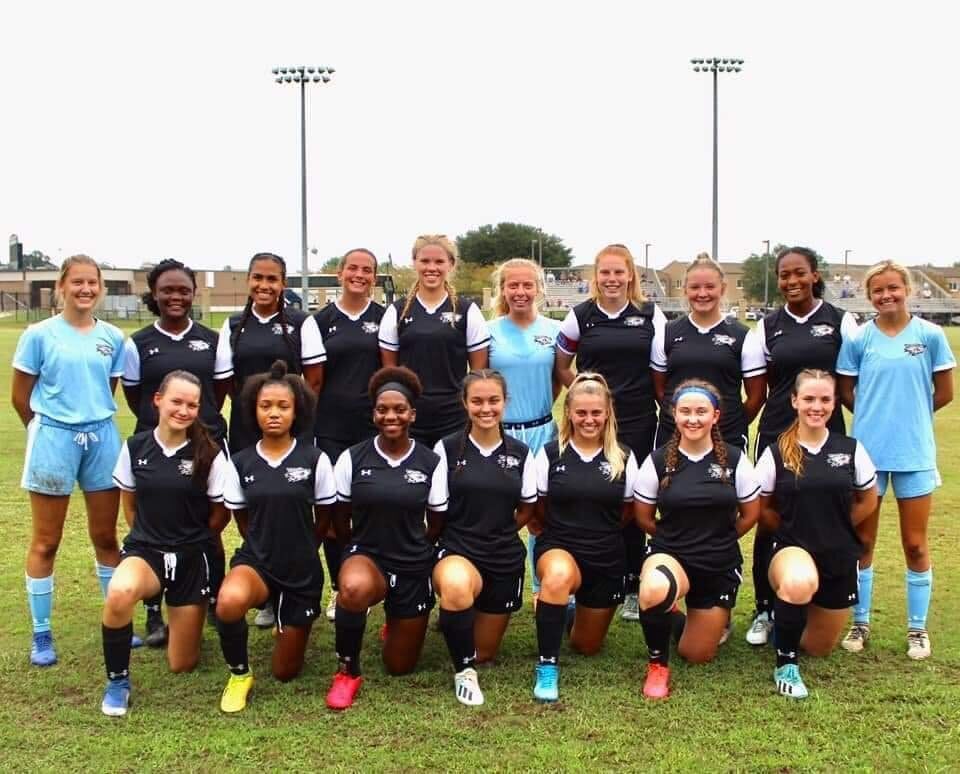 Photo submitted / Co-Lin soccer returns to the field for the first time since the 2016 season today when the Wolves take on Northwest Mississippi in Stone Stadium. The women's team gets things started at 1 p.m. and will be followed by the men's match.

For the first time since 2016, Copiah-Lincoln Community College is back on the pitch and fielding a soccer team. The long-awaited return begins today with CLCC hosting Northwest for a pair of matches in Wesson. The women get things kicked off at 1 p.m.

The program was discontinued in the spring of 2017 after concluding a season played in the fall of the previous year.
Since the establishment of the team in 1999, wins had been hard to come by as both the men’s and women’s programs never gained much traction in the MACCC.

During the program’s hiatus there was a change to recruiting rules that allowed for more international players to join a team than had been previously allowed.

In late 2019 the college hired Tom Cosgrave on to coach both teams with an eye at starting play in the fall of 2020. The season for everyone throughout the state got bumped back to a spring 2021 start due to COVID-19.

“We’re excited to finally be able to offer a college soccer program again for the local community to come out and support,” said Cosgrave. “We are looking forward to finally being able to play a competitive game with this current squad after waiting eight months.”

Patrick Ross, a Hinds C.C. alum who played for the Eagles and William Carey University collegiately, will serves as Cosgrave’s assistant coach for both teams.

Cosgrave is a native of Manchester, England and one thing he’s naturally been strong at so far is attracting talent from across the pond.

Lammiman is a striker from Hull, England while Palfreman plays defender and is from London. Moon is a goalkeeper from Manchester and Leyland is a midfielder from Haydock, England.

The men’s team also has four internationals with three coming from England — Ben Parkinson, Matt Preston and Joel Ibanez. Santiago Felizzola hails from Columbia and will also suit up for the Wolves.

Preston is midfield from Manchester while Parkinson plays goalkeeper and hails from Bury, England. Ibanez is a midfielder from Isle of Man, UK.
An alumnus of Belhaven who played on a national championship team for the Blazers, Cosgrave knows what opportunities come from being an international recruited to play the game in the US.

Local products suiting up for the CLCC men are West Lincoln alum Triston Lee and Wesson product Jim Guess.
Another thing that’s changed since the discontinuation of the program back in 2017 is where the Wolves train and play their home matches. The old Co-Lin soccer field was replaced with a new state of the art tennis complex.
Soccer practices and games now take place on the artificial turf playing surface inside Stone Stadium. It’s a much more impressive venue than the old field that had three sets of portable bleachers for fans.

“There is a good mixture of local talent from all over the state mixed in with players we have brought in from England and Columbia,” said Cosgrave. “Both teams have developed considerably since we first got together in August, so we are eager to see where we stand in the conference.”

After hosting Northwest, CLCC will be back at home later this month for a trio of home matches against Gulf Coast (April 20), Pearl River (April 23) and Southwest (April 29).