20 vie for seats on Brookhaven city board 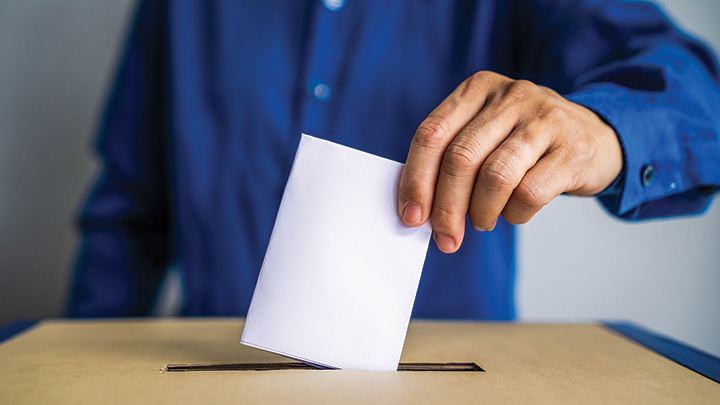 Twenty candidates are in the running to be elected or reelected to seats on the Brookhaven Board of Aldermen.

Each seat except one is contested. Ward 5 Alderman Fletcher Grice, a Republican, is running unopposed.

Wards 1, 2 and 4 are each single-party races, and will be decided after the primary and its runoff.

Ward 2 incumbent Shannon Moore faces a contender in the Democratic primary Tuesday, and Ward 6 incumbent Shelley Harrigill, an Independent, will face the winner of two Democrat challengers in the General Election on Tuesday, June 8.

With the retirement of long-time alderwoman Karen Sullivan, the at-large seat has no incumbent. Neither person running for the seat has a challenger in the primary election, so both will advance to the General Election. They are Marilyn Dow-Harris on the Democratic ticket and Don Underwood on the Republican ticket.

Dow-Harris is a 32-year veteran of the Brookhaven and Pike County school districts. She said she loves Brookhaven, but feels the city is lagging behind in its growth and economy. She said trash, debris, sidewalks, unchecked speeding and lack of industry are all challenges for the board.

“I think the people of Brookhaven have given up on things changing for the better,” she said. “We will have to work hard as a board to bring about a change and solve these concerns.”

Underwood has been a municipal judge in Brookhaven, a two-term state representative and executive director of the Mississippi Soil and Water Conservation Commission. He said the city has been part of him for his entire life, and believes current and past municipal leaders have worked hard to improve the city.

He said he will “support all proper efforts to promote economic activity” and “ensure that each section of the city, and the residents therein, know their concerns receive equal consideration and deliberation.”

The Ward 1 seat, vacated by retiring Dorsey Cameron, will be decided once the primary election April 6 and runoff on April 27 are conducted. Four Democrats are vying for the seat — Elisa Corley Jr., Jason Dixon, Bobby J. Jackson and James Magee Jr. No Republican candidate is running.

Dixon said he is seeking the alderman position “because our community needs a leader and a voice.” Dixon is a Copiah-Lincoln Community College graduate who is working on a special education degree at Jackson State University. He said he will speak his mind, ask tough questions and help put his community back on track.

Jackson has worked as a supervisor at Mississippi Adolescent Center and a paper mill repair company. He said the biggest challenges he sees for the office are the abandoned houses in the ward, sewer and water problems in Brignall and a bridge in the same community where several accidents have occurred.

“I am a people person, hard-working, outspoken and I work well with others,” he said.

Corley and Magee did not submit information on their campaigns to The Daily Leader.

Moore is project manager for Veolia North America, a water, waste and energy management company. He said it will be a challenge to work with several new board members, but the collective sum of their talents will come together in cooperation to achieve what is best to move Brookhaven in the right direction.

“The love and dedication I have for Ward 2 is evident in work I have done,” Moore said. “I believe an alderman should be someone that has leadership skills, tough skin and believes that they can make a difference, no matter how small.”

Chatman, who has worked for First Baptist Brookhaven for 27 years, said he believes everyone needs to work together for change.

“I love my community and neighboring communities,” he said.

The number of hopefuls is largest for the city’s third ward, with five Democratic hopefuls and one on the Republican ticket. Troy Douglas, the sole Republican, will advance to the General Election unopposed.

Caston believes his experience as a pastor and landlord will help him lead and do what is in the best interest of Ward 3’s residents.

“My primary passion is serving the people, rehabilitation of the community and moving forward issues that continue to impact us as a whole,” Caston said.

As a small business owner and 15-year veteran of the Navy, Gibson believes being in touch with his community will help him bring real change to the area.

“Let’s all work together to make our hometown safe, prosperous, business-minded and with opportunities for everyone,” he said, “and let’s teach our youth respect.”

Smith said his 45-plus years of military, civilian and community leadership and organizational experience are what qualifies him to be an alderman. He also cited his 12 years of leadership of the Dr. A. L. Lott Baseball Program as helping fight juvenile delinquency.

The most immediate need for the city is an emergency over- or underpass in the downtown area in the event of a medical emergency and a train delay, Smith said.

“The condition of our community may not be our fault,” he said. “However, it is our responsibility. Let’s work together for the common good.”

Douglas, the sole Republican candidate in the ward, says his more than 20 years of experience in sales and office management will help him serve the city well as alderman. The biggest challenge for the ward, he said, is the existence of several dilapidated, condemned buildings that need to be removed.

“Condemned buildings are an invitation for criminal activity and vagrants, and deter potential businesses from growing our beautiful community and bringing in jobs,” Douglas said. “Ward 3 has been overlooked in representation and budgeting, while other areas of the city are thriving.”

Collins and Gayten did not submit information on their campaigns to The Daily Leader.

Ward 4 is a Republican race, and will be determined once the votes are tallied in the primary and the subsequent runoff. Contestants are Barbara Nell Davis, Jeff Henning and Hunter Lynn Posey.

Davis believes her experience as a business owner and former Lincoln County Election Commissioner will be invaluable in making a difference in the ward and on the board. She thinks there are several challenges facing the city, including litter and garbage collection, new industry, safer neighborhoods and the creation of historic districts.

“I will work to obtain designated historic districts in order to protect the investments of owners and residents of historic properties, preserve historic character while welcoming growth and innovation, impact our local economy through tourism and enhance business recruitment potential,” Davis said.

Henning’s 25 years of marketing and manufacturing of commercial products are what he believes have prepared him to be an effective alderman. As general manager of The Clubs at Ole Brook, Henning wants to focus on improved and upgraded infrastructure, better cooperation with law enforcement and proving to tax payers that their money is being spent wisely.

“I feel as though we, citizens and neighbors, owe it to their children, their city and to their community to stand and participate,” he said. “I can no longer wait for things to happen (but will) stand up to help make things happen for us all.”

Posey is a licensed real estate agent and owner of an insurance agency. With a masters degree in public administration, Posey sees infrastructure projects, a clean and safe environment for future generations and economic development as some of the biggest challenges for the ward.

“My heart wants to continue to build a better Brookhaven for our families, small businesses and future generations,” he said.

Independent Shelley Harrigill will be on the ballot in the General Election to keep the Ward 6 seat, facing the winner of the Democratic primary. The Democratic contenders are David McCoy and Andre’ Spiller.

“Progress is slow to be made and that makes this job frustrating and hard,” Harrigill said. “I am just one piece of a bigger puzzle, but I care about the people I serve and I take their problems as my own and want to see a positive outcome just as much as they do.”

McCoy has worked for Wal-Mart Distribution Center for more than 32 years, and says his goal as alderman would be to serve the ward’s residents and make sure their concerns and voices are heard.

“I want to help make the long overdue improvements which are needed in Ward 6,” he said, “like getting a speed bump installed on North Jackson Street.”

Spiller says his experience as a fire inspector and assistant manager have given him the ability to make sound decisions and manage well.

Spiller said if elected to office he will collaborate with the mayor, other board members and city personnel to resolve these issues.

For more information on each candidate, see the 2021 Primary Election Guide, published with the Wednesday, March 31, edition of The Daily Leader.