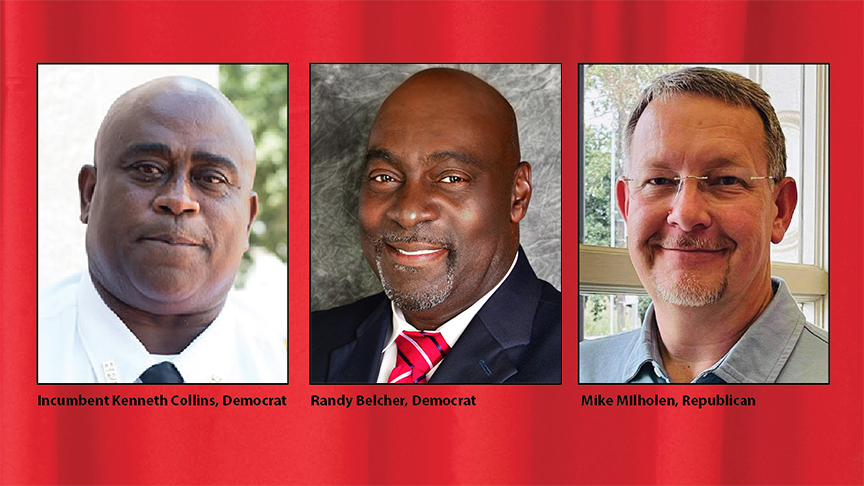 The current chief of police for the city of Brookhaven hopes to put another four-year term under his belt.

Chief Kenneth Collins was elected to the post in 2017 and faces Randy Belcher in the primary election April 6 on the Democratic ballot. The winner of the face-off will be on the General Election Ballot with Republican contender Mike Milholen, who has no opponent in the primary.

When it comes to talking about his experience and why he should continue to serve the city, Collins has been a man of few words.

A graduate of Brookhaven High School and Copiah-Lincoln Community College, Collins points to his 30-plus years in law enforcement and eight years in the military as hands-on experience for the job.

“I felt that it is all of our duty to keep Brookhaven safe and beautiful,” he said. “I have a heart of service. For me it’s never about power — it’s about serving.”

Collins’ Democratic challenger also has a background in law enforcement.

Belcher, who served one term on the city’s Board of Aldermen 2013-2017, worked 19 years as an officer with the Brookhaven Police Department, a lieutenant with the Lincoln County Sheriff’s Office and a police officer at Copiah-Lincoln Community College.

Belcher sees the biggest challenge of the office as restoring trust between officers and the community.

“There has been a high turnover rate within the department and the community is not familiar with the officers,” he said. “I would like to see the community become acquainted with the officers and feel comfortable enough to speak with them with any concerns and report crimes without any fear of retaliation.”

Once this happens, Belcher said, he believes the public will be more inclined to help officers when needed.

The Republican candidate also has 16 years of experience in law enforcement. Milholen says he has a plan to reduce crime and make Brookhaven safe once again.

“I am dedicated to providing safer communities and reducing crime in our city,” he said. “Safety is the key foundation to economic growth. Without a safer city, new businesses are going to move to other cities that have a lower crime rate.”

The biggest challenge Collins sees in the days ahead is being able to “keep our town all together and safe,” he said, and the way to do that is to be humble and understanding.

“Anybody seeking office for anything should be about serving the community,” he repeated, “never about power.”