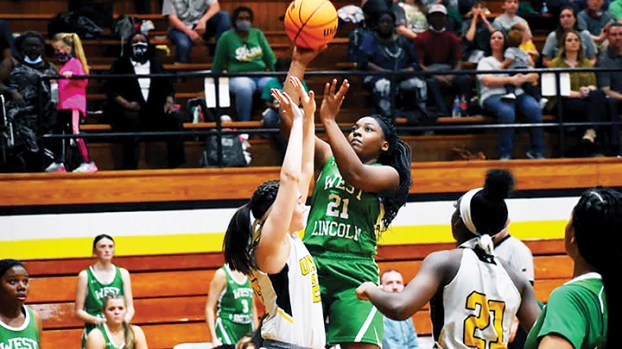 Photo by Jennifer Newman Daily Leader All-Area MVP Brittany Sturkey averaged 17.2 points and 5.3 rebounds per game for a West Lincoln team that only lost once on the court this season. 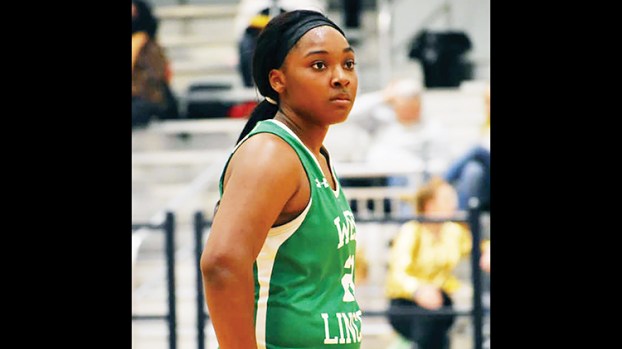 Photo by Jennifer Newman Daily Leader All-Area MVP Brittany Sturkey averaged 17.2 points and 5.3 rebounds per game for a West Lincoln team that only lost once on the court this season.

Brittany Sturkey was born to play basketball at West Lincoln. Her mother Kizzy Byrd wore the green and white. Her older brother Keshon was a standout for West Lincoln and now plays at Co-Lin. Her brother Ty Brotherns led the West Lincoln boys in scoring this season.

Sturkey has seen her role at West Lincoln grow during her standout career. This season as a senior she led the team by averaging 17.2 points, 5.2 rebounds, 2.7 steals and 1.11 assists per game. For her outstanding play, Sturkey has been named The Daily Leader All-Area Most Valuable Player.

“The last two years she’s really taken her game to the next level,” said West Lincoln head coach Brooks Smith. “As a freshman and sophomore, she came off the bench for us and was instant offense whenever she got in. As a junior and senior, she carried us at times. This year she was just consistently good every time we hit the court.”

Sturkey scored 26 points in a season opening win over Madison-St. Joe and never let up.

One of her greatest strengths is knowing where she scores the ball best. Sturkey is opportunistic on offense. She doesn’t fight for position and make the defense focus on her. She floats around the short corner or free throw line, waiting for the defense to forget she’s there.

When she flashes to the ball, she’ll quickly turn and face the basket. A flick of her wrist sends the ball towards the rim. That’s actually another thing she did so efficiently, got rid of the basketball.

Sturkey would never pound the ball, waiting for the defense to give her the look she wanted. She’d quickly give it up and reposition, knowing that she’d probably get it back soon in a better position to score.

Defensively she could defend guards, forwards, play up top on the zone or down low.

Versatility is what set her apart.

Last season Sturkey was a Daily Leader All-Area selection after scoring 16.5 points per game. On a 2A runners-up team her sophomore season she came off the bench and scored 9.8 points and pulled down 4.0 rebounds per game.

Her freshman year she scored 5.7 points per game for a playoff team.

In her career Sturkey scored 1,255 total points and pulled down 480 rebounds.

“Brittany easily could have been a starter for us her sophomore year,” said Smith. “But she embraced being our first sub off the bench. That’s just the type of player she’s always been — someone willing to put the team first.”

It’ll be odd for the fans that pack Jack Case Gymnasium to not see Sturkey wearing green next season and leading the Lady Bears through layup lines when West Lincoln hits the court.

As much as they’ll miss her, she’ll miss it more.