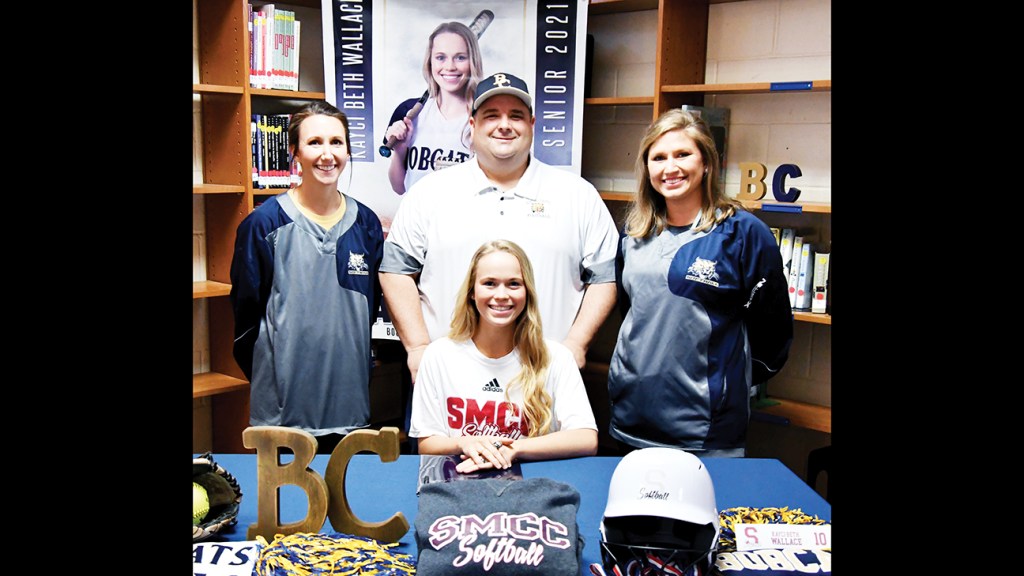 Bogue Chitto senior Kayci Beth Wallace has long been one of the best leadoff batters in the area and now she has a college home. Wallace recently signed a letter-of-intent to continue her playing career at Southwest Mississippi C.C. in Summit.

The speedy Wallace was a Daily Leader All-Area selection as a sophomore and would have been a strong candidate to repeat as a junior had COVID-19 not prematurely ended the season.

She’s a multi-sport standout who started at point guard on the basketball court, led the soccer team in goals scored as well as being a member of the cheer squad.

“Southwest is getting a smart, versatile player,” said BC coach Kris Smith. “Kayci Beth can play any position on defense and play it well. She’s also an excellent base runner and a very good hitter.”

Through 10 games this season as a senior Wallace has 16 hits and has driven in seven runs.

“She’s always been a threat at the plate with her short game, but this year she’s added a power-slap to her resume that’s made her even more dangerous,” said Smith.

Southwest is currently 17-9 on the season and 9-7 in MACCC division play. Shea Johnson is a sixth-year head coach at SMCC and is assisted by Hannah Price. Southwest has a pair of local products on their roster this season in sophomore Morgan Smith (Brookhaven Academy) and freshman Anna Claire Crow (Wesson).

“Kayci Beth is a hard worker that will do whatever is asked of her — Southwest is fortunate to add someone like her to their team,” said Smith.