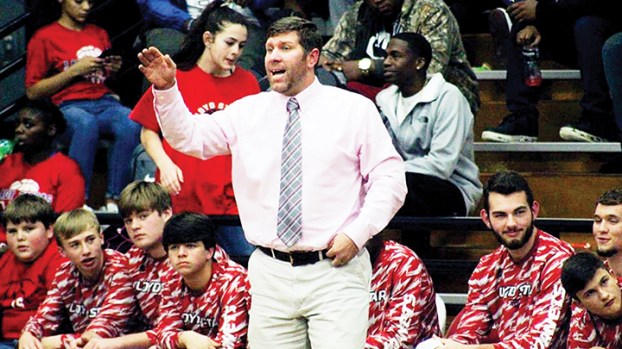 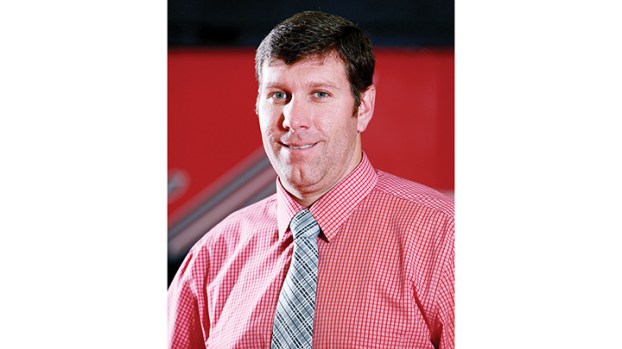 It wasn’t pretty for Loyd Star in the early going of boys’ basketball this season.

COVID-19 had robbed schools of many of their summer training opportunities. There were no team camps to face live competition and as football players returned to the court after the end of that season, everyone was rusty and unsure.

Add to the fact that the Hornets had one of the youngest rosters in the area and it looked like they’d take their lumps in 2020-2021. The season started with five straight losses, none of them close, and two coming to county rivals Enterprise and Bogue Chitto.

Head coach Seth Britt didn’t panic though. He kept tweaking his lineup and substitution pattern. He gave players further down the bench opportunities and helped guide everyone into their role. After Christmas the Hornets hit the court like a new team, winning six straight times as they began division play.

In the Region 7-2A tournament the Hornets were seeded no. 3, but they ended the week holding the trophy as champs. It was the second region tourney title for Loyd Star in Britt’s three seasons as head coach.

For his efforts Britt has been named The Daily Leader All-Area Coach of the Year.

A good example of Britt’s willingness to adjust his rotation was the region semifinal matchup with Enterprise. The teams were very evenly matched with EAC winning 41-30 in the first meeting during the regular season and LS returning the favor with a 39-35 OT victory.

A week before the tournament, Enterprise took the third meeting by a 39-26 final.

Loyd Star actually had a three-game losing streak heading into the postseason.

In the fourth meeting between the schools, it was sophomore guard Blake Thornton and senior post Will McCullough who got hot for the Hornets. They each hit big 3-pointers as Loyd Star was able to grind out a 41-31 win.

Thornton ended with 13 points, his second highest point total of the season. McCullough scored 10 points that night and 13 in the title game, his best two-game stretch of the season.

Thornton and McCullough were two of the seven different Hornets that averaged five or more points on the season. Three of those players were sophomore and one was a freshman.

In the region title game LS again dictated the flow of the game in a 45-33 win over Bogue Chitto. Just eight days earlier the Bobcats had won 50-46 in overtime. In fact, like Enterprise, BC won two of their three regular season meetings with Loyd Star.

In the opening round of the playoffs Loyd Star faced tough, deep Philadelphia team that used a scrambling, full-court defensive pressure in a convincing win.

It was a good learning experience for the Hornets though, as they got a taste of what the MHSAA 2A playoffs will look like for them if they’re to carry this momentum forward with a team that was majority sophomores this season.

Britt will tell you himself that it’s crazy that he’s in the position he currently occupies. Not that he’s at Loyd Star, that’s home for him as he graduated in 2002 from the school and has never planned on working anywhere else.

Between him and his younger brother Jared though, Seth was the one that was more identified with baseball when the boys were growing up on the family farm.

Jared was a good baseball player too, but he was an All-Area guard for coach Moochie Britt during his basketball career.

The duo teamed up together again at the school as adults when Jared became head baseball coach and made Seth one of his assistants. Seth has also been an assistant football coach at the school during his career.

When Moochie Britt retired to cap a hall-of-fame career in 2018, Seth Britt was given a chance to lead for the first time as a head coach when he took over the Loyd Star boys’ basketball team.

His first LS team was senior laden and cruised through the division and county tournaments. This season he added another responsibility when he became the head girls’ coach as well. The Loyd Star girls’ team finished as region runners-up this year.

When you watched Seth working alongside his brother as they built Loyd Star baseball into a championship-winning program, you could tell his role was that of an encourager. Standing on the first baseline with a voice that booms across the diamond, offering positive words to players in the box or on the bases.

That big voice can still be heard in the gym when Loyd Star is on the court for hoops, but it’s rarely — if ever — used in anger.

That’s one of Seth’s greatest gifts as a coach — a patience to teach the game without losing his cool.

His brother sees that as one of his greatest strengths.

“He’s very patient and does a good job of explaining things to the kids in ways they understand without having to fuss and holler,” said Jared Britt. “His players enjoy being around him and play hard for him because he’s so personable with them. Most days at break you’ll see many of his boys gathered around him talking about life or sports instead of hanging out with their peers.”