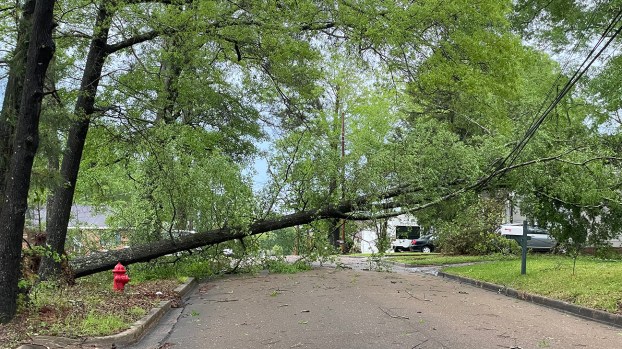 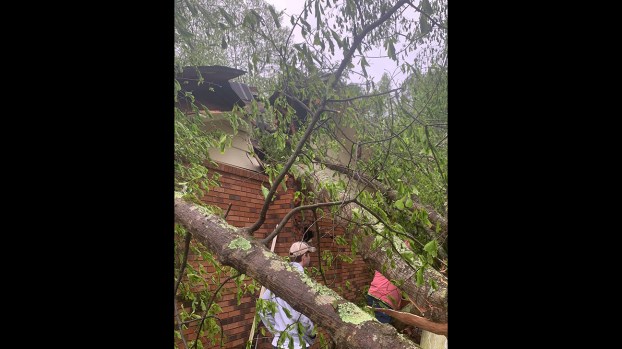 Photo submitted / Trees fell on a home in West Lincoln County during the storms that moved through the area Friday night and Saturday morning. 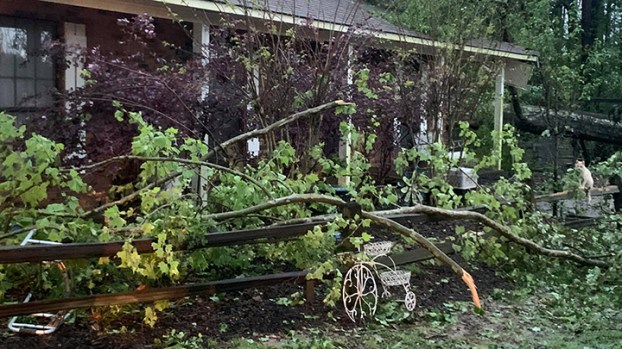 Photo submitted / Trees fell on a home in West Lincoln County during the storms that moved through the area Friday night and Saturday morning.

An EF-0 touched down in Rankin County west of Pelahatchie Friday night, traveling more than 11 miles north before lifting. Wind speeds were up to 76 mph.

An EF-1 was also confirmed in Marion County near Columbia early Saturday with top winds of 105 mph. The twister touched down and traveled in a southwesterly direction for approximately eight miles before lifting.

NWS meteorologist Daniel Lamb said no injuries or deaths were reported, though homes, sheds and carports were damaged. Lamb also said teams would survey Lincoln County west of Brookhaven to determine if a third tornado touched down in that area.

More than 4,000 customers were without power Sunday morning according to poweroutage.us, down from about 32,000 outages Saturday. Lincoln and Pike counties reported the most outages.

Approximately 290 residents were still without power Saturday afternoon in Lincoln County. Utility crews worked across Southwest Mississippi to restore service through Sunday, and by Monday morning, only four outages were still reported for the county.

One outage in Jefferson, two in Franklin and seven in Amite County were also reported Monday.

The Mississippi Emergency Management Agency reported at least 35 homes and businesses sustained some level of damage, though that number was from preliminary reports only.

“I think a lot of the wind damage was more across the southern part of the state,” Lamb said. “Lincoln County reported several trees downed, with several roads across the county blocked and two homes that had trees that fell on them.”