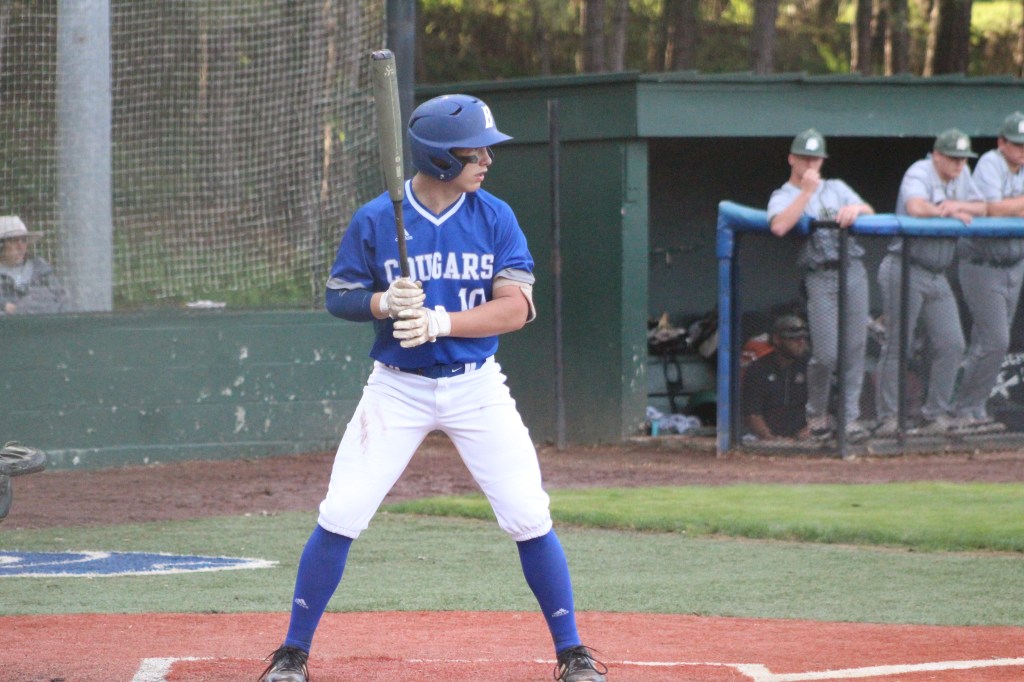 Brookhaven Academy sophomore Easton Boyte picked up the pitching win for the Cougars Tuesday against Silliman Institute. BA travels to Silliman Friday for a huge MAIS District 4-4A varsity doubleheader that will decide who wins the division ahead of next week's playoff openers.

Brookhaven Academy was able to get its MAIS District 4-4A pairing with Silliman Institute played at a soggy Williams-Gillis Ballpark Tuesday. The Cougars scored three runs in their first time at the plate and rode that momentum to 9-2 win over the Wildcats.
The win moves Brookhaven Academy to 14-6 on the season and 10-0 in division play. It was the first division loss of the season for Silliman (15-5).

The schools will meet again Friday in a doubleheader hosted by SI. First pitch of the opener is scheduled for 5 p.m. in Clinton, Louisiana.

The top four teams from each 4A district qualify for the playoffs that begin next week. BA will finish either first or second in their division, depending on the results of the Friday games at Silliman.

Hartfield (13-1) is the leader of District 3-4A with a perfect record in division play.

To get things started Tuesday BA pitcher Easton Boyte struck out two of the first three batters he faced.

A right-handed sophomore, Boyte picked up the win in 5.2 innings of work. He struck out eight on 99 pitches while walking two and giving up four hits.

Junior lefthander Caston Thompson closed things out with three strikeouts and a walk in 1.1 innings.

Leadoff batters make their pitchers and coaches happy when they open a game or inning off with a hit.

That’s what senior shortstop Gavin Brogden has done all season for the Cougars and Tuesday was no different as he started the game off with a single for coach Caleb Upton.

“Gavin got us started off right with a shot off the wall and that was big,” said Upton

Brogden quickly reached third as senior Collin Waldrop was hit by a pitch and Thompson then drew a walk.

Silliman was able to secure two outs before the speedy Brogden — a Co-Lin baseball signee — scored on a passed ball.

That set the stage for junior Trenton Tarver. Tarver roped a two-out double to score Waldrop and Thompson and give BA the solid, early lead. Tarver would also add another double in the third.
“Trenton was due to have the sort of game he did today,” said Upton. “He’s had some hard-hit balls right at guys over the past few games.”

BA has tried to be opportunistic on the basepath all season as they’re a team that manufactures runs more than waiting for someone to blast a ball over the outfield fence.

Waldrop and Thompson each drew a walk to start the third for the Cougars. Waldrop stole third later in the inning and scored on an error by Silliman.

Thompson would also motor around to third due to the Silliman throwing errors and then scored on another passed ball by the Wildcats.

Silliman got one in the fifth, but BA bounced back with a three-run bottom half of that inning that put things out of reach.