Now Hiring — But who wants to work? 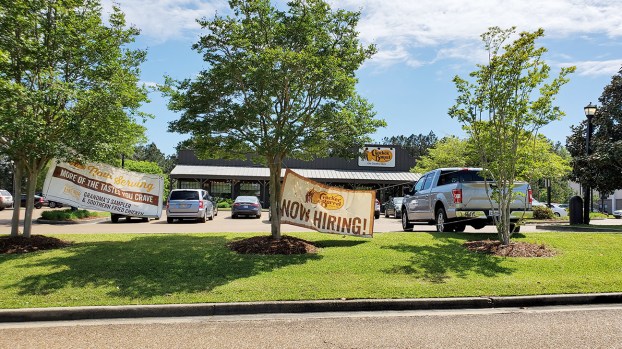 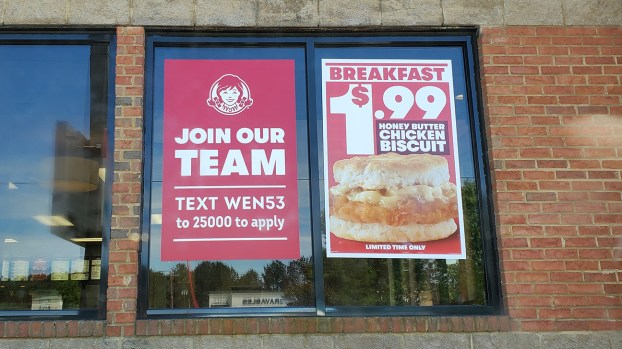 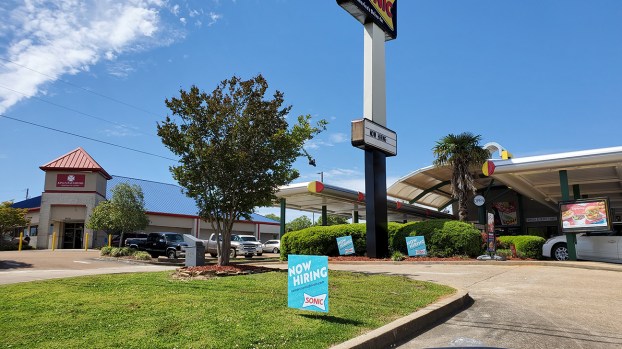 The Facebook plea from the Brookhaven manager of Cracker Barrel Restaurant and Old Country Store included a link for interested applicants and a note of starting pay for cooks.

Social media posts from recent customers of the restaurant commented on the long wait times and low number of employees working when they visited. The problem is not unique to the popular eating and shopping establishment. Anyone can find multiple “Help Wanted” or “Now Hiring” signs on a brief drive through Brookhaven. Some employers are even offering cash bonuses to new hires.

Becky Tate is the manager of Wendy’s fast food restaurant on Brookway Boulevard.

“We’re having the same difficulties as everyone else,” Tate said. “We’re the busiest store on the boulevard and we’re fortunate to have all the customers we have in order to keep going. We’re very fortunate to be in Brookhaven.”

Though more than 60% of her employees have left, opting to draw unemployment rather than put in the hours, Tate said those who have remained are there because they want to be and need to be.

“We haven’t cut back operating hours because we found a need to take care of our customers and our employees that wanted to keep working. They have to pay their bills and take care of their lives. So as long as they wanted to work we were going to keep going to help take care of them.”

For over a year, supply and distribution chains in America have been adversely affected by COVID-19 and the related workforce shutdowns.

Initially, last spring, government mandates — driven by the virus and by recommendations by the Centers for Disease Control and Prevention — forced many people other than those deemed “essential workers” to stay home from their jobs. For some, work could continue remotely as workers, teachers and students adapted to virtual classrooms and other technology-based methodologies. But for the bulk of the workforce and the public relying on manufactured and processed products, these shutdowns had an immediately noticeable impact in temporarily interrupting manufacturing and distribution systems across the country, and even around the world.

International trade halted or slowed. Manufacturing and food processing facilities shut down or scaled back as workers were forced home. Prices increased dramatically due to temporary shortages in products such as ground beef, coupled with higher demand. Lumber prices climbed exponentially as sawmills could not keep up with the demand of the home improvement sector.

Thankfully, most of these issues were only temporary as employers and workers adapted to find ways to keep plants open during the pandemic and eventually caught up with consumer demand.

But as a lingering effect of COVID-19, there remains a far greater and more significant long-term threat. The problem is employers are faced with a seemingly insurmountable problem — the lack of a once existing robust workforce that is willing to return to work.

People are choosing to stay home because the federal government adopted stimulus and unemployment policies making it more profitable for some people not to work for a lengthy period of time. Many people ask the question, “Why work when the government will pay me to stay home?”

And so, jobs are not being filled. Factories are not operating at capacity.

Tawanna Ray is manager of the Brookhaven WIN Job Center, which provides services for Lincoln, Copiah, Franklin and Lawrence counties. She said the lack of people wanting to work is a big problem.

“There are more people wanting to be on unemployment — or loans for those who say they are self-employed — rather than looking for jobs,” Ray said.

“We have to deal with federal unemployment until September. Once September comes, we’re hoping the federal government will stop its funding and it will be back to the states,” Ray said. “Maybe people will want to go back to work then.”