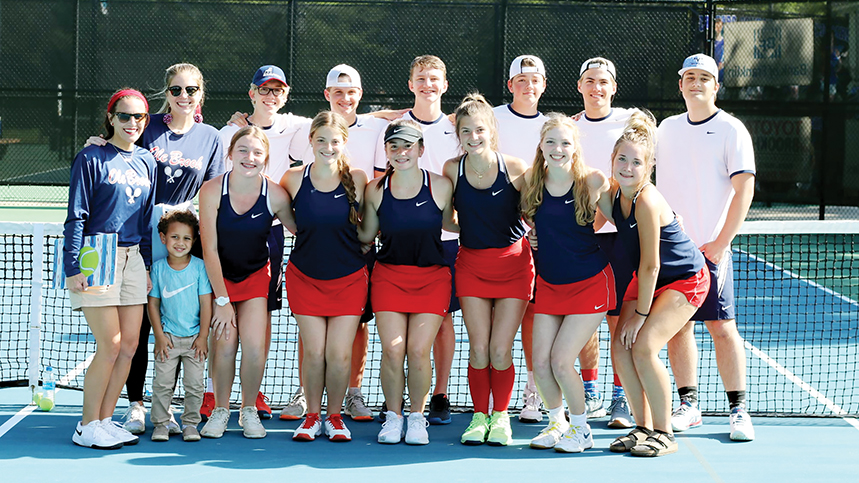 The Brookhaven High tennis team will have a chance to add some hardware to the trophy case of 443 East Monticello St. when they take on Lafayette County Thursday in the MHSAA 5A tennis team championship.

The title match will take place at Parham Bridges Tennis Center and begin at noon.

Monday BHS won the south portion of the bracket with a 6-1 win over Long Beach High School. Brookhaven had previously beaten East Central and Wayne County in tournament play before facing Long Beach.

Lafayette County is in the finals after beating Saltillo in the semis. They’ve also bested Ridgeland and Cleveland Central in previous tournament matches.

The Commodores made the state championship in 2019 but were beaten by Stone County in the title match.

The Ole Brook tennis team is led by first-year head coach Stephanie Triplett. Monday against Long Beach, the Panthers saw three of their matches go to a third set tiebreaker.

Senior Sam Allen took his match 6-0, 6-0 over Luke Salisbury in boys’ singles. In girls’ singles the Panthers got a win from Lily Gray as she took the third set tiebreaker over Rachel Crapps.

The only other senior for BHS is Pierce Legg and he teamed with Logan Case to take a win in No. 1 boys’ doubles. The No. 2 boys’ doubles team of David Sones and Jeremiah Layton got a third set win in their match.

BHS also took the mixed doubles match as Robert Adcock and Caroline Kilpatrick lost their first set 7-6, evened things up with a 6-3 second set win and then took the tiebreaker 1-0.

Aside from the team state championship, all 12 varsity players are also playing in the MHSAA Individual State Tournament next week in Oxford. That tournament takes place on April 28-29.