Ready for the runoff — Brookhaven Wards 1, 3, 4 on the ballot Tuesday 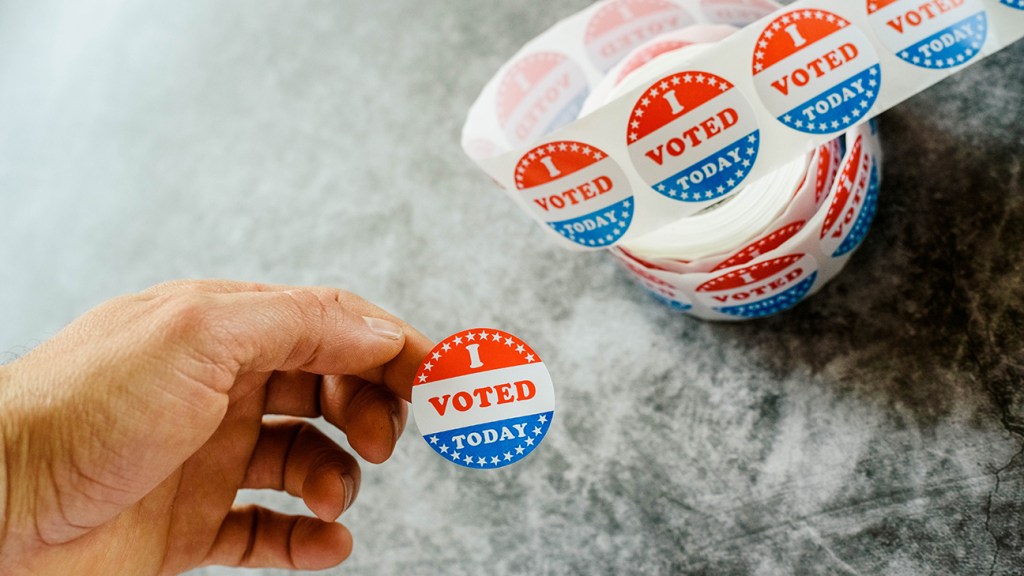 Two City of Brookhaven Board of Aldermen seats will be decided Tuesday in the Primary Runoff Election, and one more field will be narrowed down.

Ward 3 voters will choose between Rev. Charles J. Caston Sr. and Roy L. Smith, both Democrats. The winner of the runoff will advance to the General Election June 8 to face Republican candidate Troy Douglas.

Jason Dixon said what sets him apart as the candidate of choice for Ward 1 is that he is unafraid to ask the big, strong questions that need to be asked in order to get things done for his community.

“My motto is ‘Your voice for our community,’” Dixon said. “I want to build off the good we already have.”

Many residents use public laundromats because of drainage problems where they live, Dixon said, and ditches back up, flooding residents’ yards.

“I plan to assist with proposing, passing and ratifying laws and ordinances to help fix these things,” he said.

Residents need a safe, comfortable place to live, Dixon said, and that can be partly accomplished by decreasing speeding — installing speed bumps and more signs in order to protect children, youth and the elderly.

Teenagers need a safe, fun place to gather, like an arcade, he said. This and other new businesses such as restaurants and maybe a mall would also help attract more people to Brookhaven.

“I also want to try to get the community to clean up yards, to increase our property values,” Dixon said.

James Magee Jr. said his experience with positions on multiple division committees, and managing technology expense and projects for 130 stores in Delta division of Kroger sets him apart.

“My decision to run came from my desire to improve our communities,” Magee said. “I want to ensure the city is accountable to Ward 1 by providing services we deserve, which includes maintaining and paving streets, fixing drainage systems and cleaning up the community, and other areas that I can make a difference in.”

With a business administration degree from Copiah-Lincoln Community College and a business degrees from the University of Southern Mississippi — a bachelor’s in management information systems and a minor in economics — Magee said he is well prepared to tackle the challenges of serving within the city’s government.

His business and management experience make him the best choice for the position, Magee said.

Being a long-time Brookhaven resident working and serving the people in the capacity of a leader and a servant in the community as a pastor is what Rev. Charles J. Caston Sr. says will set him apart in the runoff.

“I would also point to my extensive background with rehabilitation of dilapidated properties,” he said.

Caston’s priorities if elected would depend upon the voice of Ward 3 residents, he said.

“I would listen to my constituents to see what are the most pressing issues that they have then see if we can get it done by going through the Board of Aldermen collectively to try to reach the objectives,” he said.

“I have been a face in the community more than 40 years and my credibility will be able to stand for me, I believe,” Caston said.

Roy L. Smith believes being fully retired will allow him to focus his full attention on the needs of the community if he is elected to the Ward 3 seat.

“For the last 20 years since I’ve been back in Brookhaven, I’ve shown myself to be community-friendly, volunteering and doing community service,” he said.

Smith has four specific goals in mind to work on as an alderman — the widening of South First Street into three or four lanes from Hwy. 84 into downtown; the construction of an overpass or underpass in downtown to prevent delays in case of emergency vehicles needing to cross blocked railroad tracks; the construction of a community education empowerment center with a historical library; and the formation of a community cleanup operation that focuses on neglected and non-maintained properties.

The community education empowerment center would provide knowledge of history in general, but particularly Black history, Smith said, “to give people a knowledge and awareness of the struggles America has endured, and provide the tools and resources students and adults would need to become better students in school, better adults, better citizens and ultimately a better community.”

The cleanup operation would also remove all non-operational vehicles and junk cars that have not been working for more than three months, Smith said, to change the landscape of the community, thereby increasing property values and individuals’ self worth.

“I know change doesn’t come easy and it definitely doesn’t come fast, but change is self-controlled. It would really be up to the community how much we want to get accomplished and how much we can get accomplished,” Smith said. “The strength of a community is its people and the strength of people is unity. I want to do my best to try to make Brookhaven a better place to live and give everyone a better quality of life before I leave God’s creation.”

“My ward and Brookhaven deserve an alderman that can devote her time to the job, which I am able and committed to do,” said Barbara Nell Davis. “I will be all in, 100%.”

As co-founder of The Brookhaven Trust, Davis said the renovation of Mary Jane Lampton Auditorium demonstrates her vision, passion and commitment to never give up or give in.

“I significantly helped grow two of the fastest growing companies in Mississippi,” she said. “The first gained INC 500 status while I was director of marketing and the second company grew to be the largest in its industry across the U.S. within two years. This experience will be invaluable in recruiting new business and industry.”

The next form years will require more time from the Board of Aldermen than in previous years, Davis believes, in order to adequately and judiciously put to work the $2.6 million in stimulus funds coming to the city.

“I have more time and the freedom to use my time for my ward and Brookhaven,” she said. “We are on a great path and my efforts will be to stay on that path and take us even further.”

“I have strong Christian values, strong values of Second Amendment gun rights, anti-abortion — that’s my mentality,” he said. “And I believe we ought to hold government responsible.”

Henning said he wants to work for the citizens of Ward 4 and Brookhaven to continue with growth in the city. This includes a push for infrastructure improvements with sewage and roads, and making sure government works for the people and works smoothly.

“In my 25 years in the construction industry, I was allowed an opportunity to work with municipalities, setting up bid documents and proposals for cities. I see how those work, how government works. I was able to help municipalities set up multi-million dollar projects so I know the ins and outs of the bidding process,” he said. “I know how budgets work over my years as a manager for a multi-million dollar company, and I have worked with people all up and down the line so I think that sets me up good to work in a government setting.”

Henning’s goals include making sure money for infrastructure is spent wisely and used to set Brookhaven up for years to come.

Residents of Ward 1 will vote at the Bi-Centennial Building, 200 Main St.

Ward 3 residents will vote at the Lincoln County Courthouse, 301 South First St., in the City Board Room.