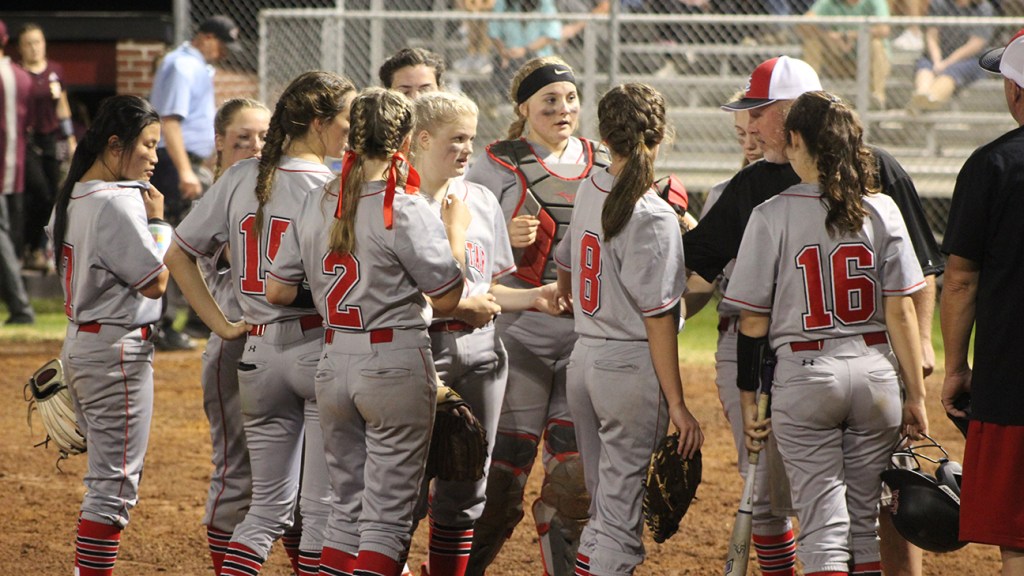 Photo by Cliff Furr / Region 7-2A champs Loyd Star are matched up with Enterprise-Clarke in the second round of the MHSAA 2A playoffs that begin today. Loyd Star will face Enterprise on the road tonight before hosting them Tuesday on Delaughter Field.

The second round of the MHSAA 2A state playoffs begin today for teams throughout the state and Region 7-2A still has two members alive in the postseason.
Loyd Star and coach Scott Leggett were the top team in the region with a 7-1 division record, which afforded them a first-round bye last week.

The Lady Hornets (12-10) play for the first time in a week when they take on Enterprise-Clarke (16-14) tonight at 6 p.m. in the series opener. Enterprise hosts tonight and then game two will be played at Loyd Star Tuesday at 5 p.m. If a third game is needed, it will be played immediately after game two Tuesday.

“They’re a good team, got some speedy slappers,” said Leggett. “We’re going to need to hit the ball and play our game defensively.”

The two schools met in a third-round matchup back in 2019, a series swept by Enterprise.

The lone region loss for Loyd Star this season was a 7-5 defeat to Bogue Chitto.

Bogue Chitto ended the season as the third-place team in Region 7-2A with a 4-4 record.

BC matched up with Union (20-9) in the opening round of the playoffs last week. Union won Thursday 9-0 at Bogue Chitto and took game two 6-5 in walk-off fashion Friday on their home field.

Bogue Chitto (9-10) held a 5-1 lead going into the final Union at bat and appeared to be headed for a deciding third game.

A two-out, two-RBI single gave Union the win and ended the season of Bogue Chitto.

The battle for second place in Region 7-2A came down to the final game of the seasons as West Lincoln and second year head coach Anita Thornton took that spot with a 5-3 record. They dropped one game to BC during the season and two to Loyd Star.

Last week West Lincoln had little trouble with Philadelphia in their playoff series, whipping Philly 5-0 Friday and 17-0 Saturday for a sweep.

West Lincoln (11-5) is back at home tonight hosting Taylorsville in their second-round opener. First pitch is set for 6 p.m.

Freshman pitcher Madelyn Spring was nearly unhittable in the sweep of Philadelphia as she gave up just two hits in the two-game set.

The opener went a full seven innings as Spring struck out 11 and surrendered one hit on 80 pitches. West Lincoln got a double from Jena Hughes and a triple from Mary Claire Johnson in that win. Mailey Kate Young drove in two RBIs for the Lady Bears.

Deanna Lofton and Camryn Summerall had a double each for WL. Summerall and Kara Beth Addison each drove three runs apiece to lead their team.

Game two will take place at Taylorsville Tuesday with a first pitch set for 5 p.m. If a third game is needed it will begin immediately following game two.

In the MHSAA 5A opening round, Brookhaven High and Wayne County will conclude their series today. Wayne won the opener Friday at Brookhaven by a 20-2 final score.

Rain forced the postponement of game two. It’s scheduled for 4 p.m. today in Waynesboro and game three will follow if needed.

The winner of the series will face Natchez in the second round later this week.