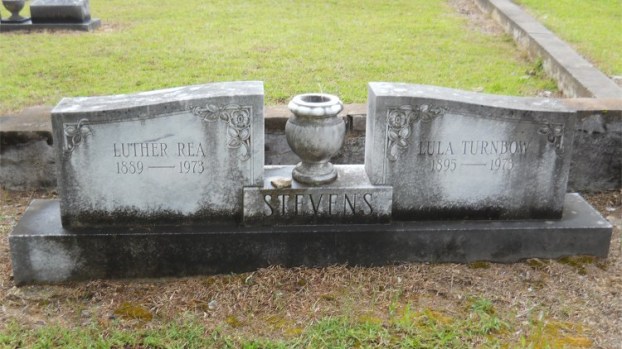 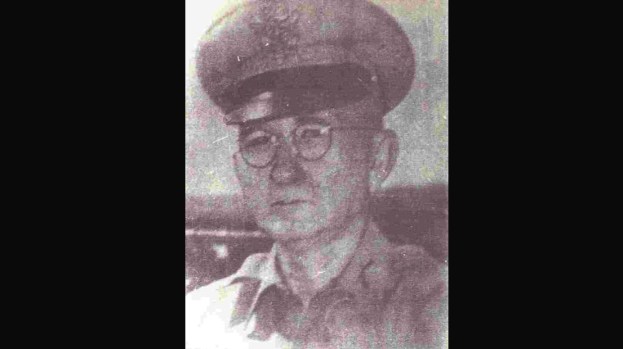 Luther Rea Stevens, as a colonel in the U.S. Army

A group of local veterans wants to honor the memory of two World War II prisoners of war.

The Brookhaven VFW Cpt. Danny D. Entrican Post 2618 wants to honor their memory, said Post Commander Greg Marlow, and is searching for any of their family members who are still living. A POW plaque will be laid graveside, donated by the VFW.

A Jackson newspaper reported the news.

“Relatives and friends in the Brookhaven and Wesson area learned over the weekend of the deaths of Major General Luther Rea Stevens, U.S. Army (Ret.) and his wife in a traffic accident in St. Petersburg, Fla. On Feb. 7 … General Stevens, born July 3, 1889, was the son of the late Mr. and Mrs. J.J. Stevens of Wesson, and his wife, the former Lula Turnbow, was the daughter of the late Mr. and Mrs. George W. Turnbow of Brookhaven. Mrs. Stevens was born July 10, 1895.”

Stevens served in the Philippines for 21 years prior to World War II, then returned home to enroll his three sos in Copiah-Lincoln Jr. College in Wesson.

Gen. Stevens returned to the Philippines with his wife and daughter, and all three were taken prisoner soon after the attacks at Pearl Harbor.

“Subsequently Gen. Stevens was on the Corregidor Death March as was another Brookhavenite, the late Rear. Admiral L. Bennett Sartin. Later, Gen. Stevens was an aide to Gen. Douglas McArthur,” the article continues.

“Freed at last, Gen. and Mrs. Stevens and their daughter returned to the States and lived in Brookhaven for a time, and it was here that Betty was married to Elbert Ross Lindsay on June 26, 1946. Mr. Lindsay had also been a prisoner of war along with the Stevens in the Philippines. Later, the Stevens made their home in West Palm Beach, Fla.”