BA taking on Simpson Academy in MAIS 4A baseball playoffs 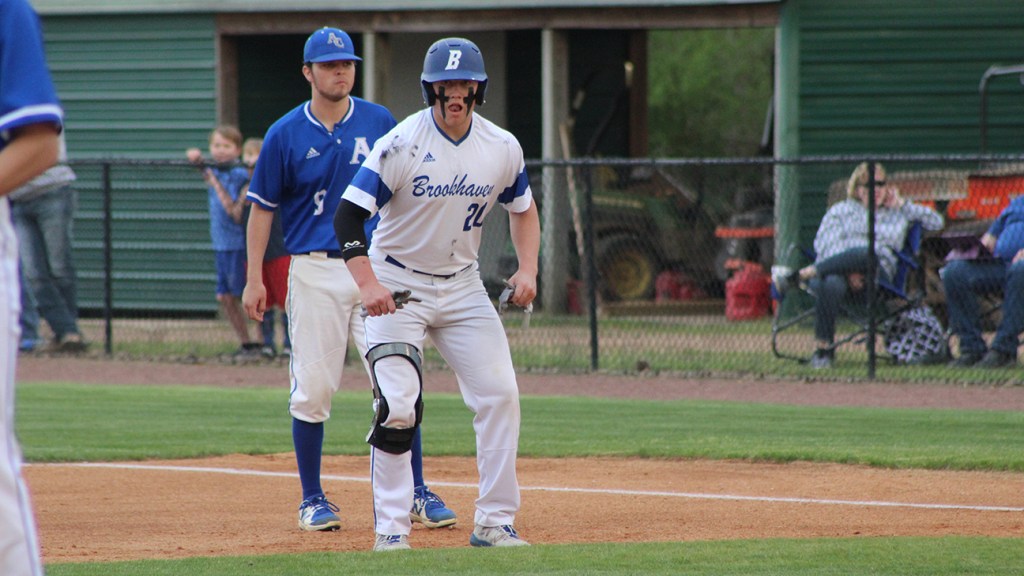 Photo by Cliff Furr Brookhaven Academy junior infielder Trenton Tarver drove in a combined seven runs last week on four hits as the Cougars swept St. Al in the opening round of the MAIS 4A playoffs. The Cougars are back in action tonight at Simpson Academy and will host Simpson Thursday at BA.

It’s Cougars versus Cougars in the second round of the MAIS 4A state baseball playoffs this week as Brookhaven Academy (17-7) matches up with Simpson Academy (23-8) in a three-game series.

Game one is scheduled for tonight at 6 p.m. at Simpson Academy in Mendenhall.

BA will host game two Thursday beginning at 4:30 p.m. and if game three is needed it will immediately follow game two.

Brookhaven hammered St. Aloysius in their opening round series, winning the opener in Vicksburg 15-5 and game two 11-5 Friday night at Williams-Gillis Ballpark.

Easton Boyte homered and drove in four runs for the Cougars in the Friday night win. Boyte threw the final two innings in relief and struck out four. Starter Caston Thompson picked up the win and gave up four hits while striking out 12.

Coach Caleb Upton will need big pitching performances from Boyte and Thompson against SA as they’ve been at the top of the starting rotation all season long. Judson Griffin, Avery Griffin, Collin Waldrop and Gavin Brogden are other arms that Upton may use in the series.

Thompson pitched the win the first time BA and Simpson met during the regular season. That game on March 5 was a 9-2 win for Upton’s team — a game in which they never trailed.

The schools played again 10 days later, and Simpson got a measure of payback with an 8-7 win. BA outhit their opponents 12-10, but saw Simpson outscored them 4-0 over the final three innings to get the win on a walk-off passed ball.

Simpson had little trouble with Oak Forest Academy in their first round series — winning 10-0 and 17-8.

The winner of the series will meet the winner between Hartfield Academy (31-2) and Central Hinds (18-13) in the South State series next week.