Post office, highway to be renamed May 3 for fallen officers 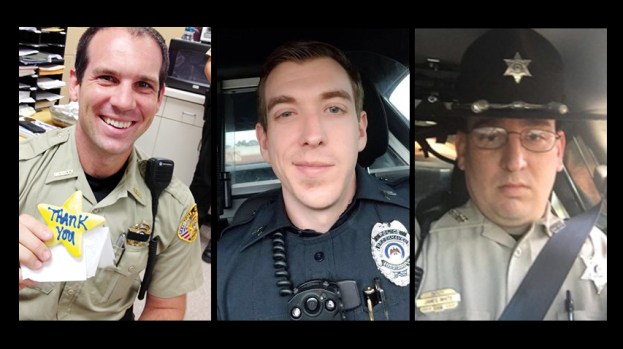 Daily Leader file photos / From left, Lincoln County Sheriff's Deputy William Durr, Brookhaven Police Cpl. Zach Moak and BPD Officer James White were all killed in the line of duty. The downtown Brookhaven post office will be renamed May 3 in their honor and a section of Hwy. 51 in front of the police station will be renamed for the BPD officers. 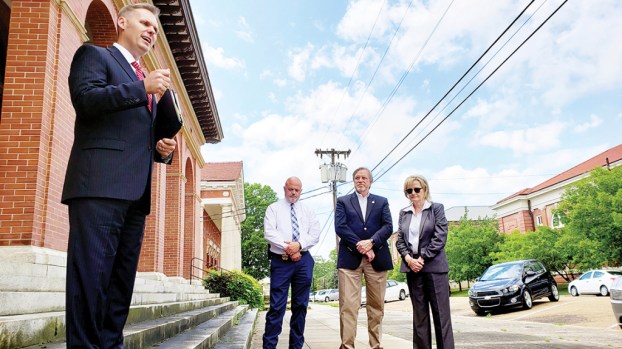 The downtown post office will be renamed May 3 in memory of fallen Brookhaven, Lincoln County law enforcement officers. A portion of Hwy. 51 will also be renamed in honor of the police officers.

Durr was fatally shot May 2017 during a domestic call in Bogue Chitto. Moak and White died after they were shot September 2018 answering a call on North Sixth Street in Brookhaven.

The original announcement came in April 2019 on the steps of the post office.

At the time, Guest said the initial step was to make sure the families of the officers were in agreement with the renaming proposal, then take it from there. Both Guest and Hyde-Smith said the renaming of the post office was a proper way to recognize the men’s sacrifice.

“Because of their sacrifice, we want to make sure that their valiant deeds will never be forgotten,” Guest said.

Several members of the officers’ families met with Guest and Hyde-Smith after the initial announcement.

Moak’s mother, Vicki, said it was a humbling gesture by the lawmakers. She is proud of her son as well as Durr and White and efforts that are being made to ensure they’ll never be forgotten.

“Anything anybody does, it’s indescribable,” she said.

Durr’s widow, Tressie; his mother, Debbie; and his sister, Megan Cook, were also at the April 2019 meeting.

“We are so thankful that William is being honored and remembered by our community, state and country,” Cook said. “If the post office is renamed after the fallen officers, it will serve as a landmark and reminder of what William, Zach and James meant to this community for years and years to come. It makes me smile to think that William’s son and his nieces will be able to show their children one day how he was honored in his hometown.”

White’s father, Darrell, said he was honored at the lasting memorial planned for his son and the other men.

“It is difficult to express how I feel about it,” he said. “This is just more than any words can describe to know that these three heroes will forever be remembered in this way.”

The bill passed the House in September 2020 and the Senate in December. It was signed and became law on Dec. 21.

Now, two years after the initial announcement, the renaming will take place.

Currie will also make an official announcement to dedicate a portion of Hwy. 51, running in front of the Brookhaven Police Department, to be renamed in memory of fallen BPD officers Moak and White.

H.B. 1279 was signed into law in the most recent legislative session to designate various memorial highways, including “The segment of U.S. Highway 51 in Lincoln County … beginning at its intersection at Natchez Avenue and extending north to its intersection with Brookway Boulevard is designated as the ‘Corporal Zach Moak and Officer James White Memorial Highway’.”

“We’re very excited about being able to do this,” Currie said.