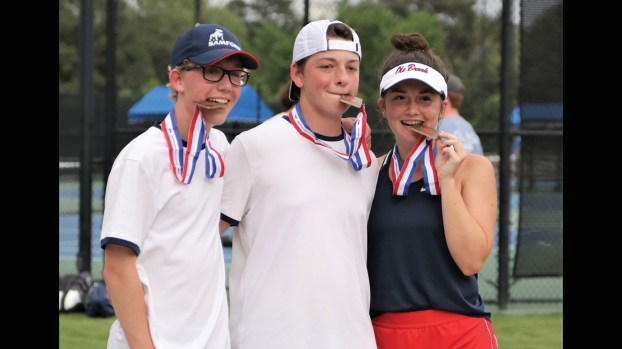 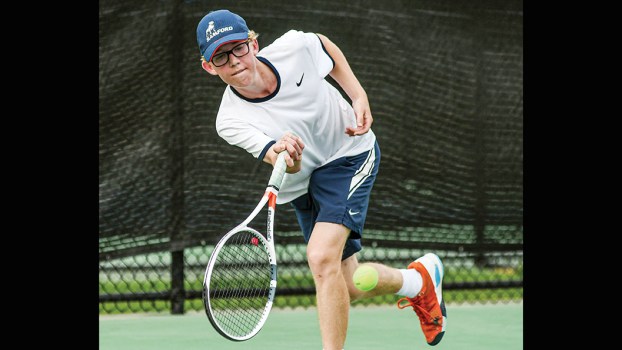 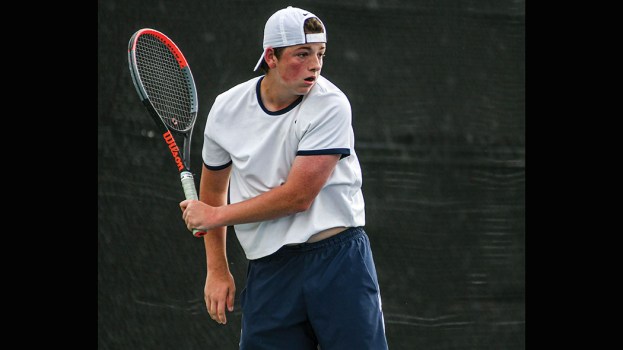 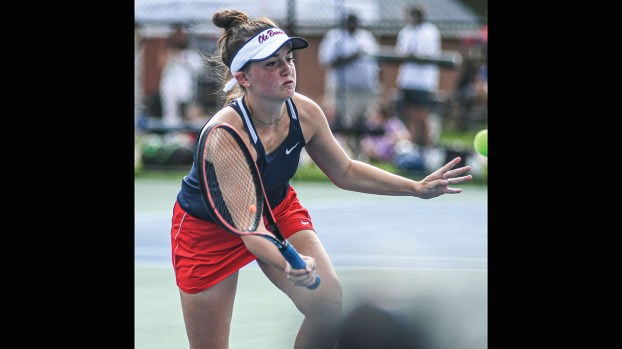 The smiles on their faces — gold medals clinched in their teeth — tell you all you need to know. Brookhaven High tennis had a championship winning Thursday in Oxford at the MHSAA 5A State Individual Tennis Tournament.

The mixed doubles team of eighth-grader Caroline Kilpatrick and sophomore Robert Adcock were dominant as they marched through the bracket without losing a set. They beat a team from Ridgeland in the opening round, Saltillo in the quarterfinals and the top seeded team from Long Beach in the semis.

In the championship match Kilpatrick and Adcock won 6-3, 6-4 over a team from Lafayette County to secure their title.

Senior boys’ singles player Sam Allen was just as good in his four-match run to the top of the podium. Allen whipped competition from South Jones and Center Hill in the opening two rounds.

The win over Leary of Lafayette County was extra sweet.

Last week Brookhaven High and Lafayette County met in Jackson for the 5A State Team Championship. The Commodores from Oxford won the matchup 6-1 for their second state title in three years.

The lone win on the day for Brookhaven was a victory by Kilpatrick and Adcock.

On that day, Allen won the first set over Leary 7-5 before dropping the second set 4-6. Leary won a third set tiebreaker 10-7 to take the match.

Allen says the two left the court with a mutual respect for each other.

“After the semis he (Leary) found me and told me we were playing again in the finals,” said Allen. “We had played so hard during that match in Jackson that we sort of became buddies during the tournament in Oxford. We were both rooting for each other to make the finals.”

Wearing a navy Samford University hat when he took the court — he’ll attend the school next year and major in graphic design — Allen wasn’t sure if he’d give Leary much competition early in their title bout.

“After the first two games of that match I had zero faith that I’d win,’ said Allen. “I was worn out from my semifinal match, but I just kept playing my game and finished strong.”

First year BHS tennis coach Stephanie Triplett said Allen’s game is one built on consistency.
“Sam’s defensive game is unreal,” said Triplett. “He can return any shot that comes at him. He also stays confident, consistent and patient throughout the whole match.”

Allen has equally high praise for his coach who replaced a stalwart of Brookhaven High tennis in former coach Nancy Fisher.

“Coach Triplett stepped into a super tough situation following such a great coach and having COVID to deal with,” said Allen. “She’s always had faith in us, and it was always apparent how hard she works to make this fun for us. She has been very encouraging and believed in our team the whole season.”

That Allen would be the lead singles player on the boys’ side for BHS, that was apparent before the first ever practice.

The pairing of Kilpatrick and Adcock is something that came later though as Triplett saw two players that complimented each other well with their respective games.

“At first, we had Robert paired with his twin sister (Sarah Todd) and they were fun to watch, but we needed her on the court in girls’ doubles,” said Triplett. “Caroline has a lot of fight and determination in her and I knew she’d fit right in with the hard shots on the mixed court. They both worked hard on their physical and mental games throughout the season.”

Kilpatrick thinks that a common love of winning is what makes her and Adcock such a great fit.

“I think what makes me and Robert such a good pair is our motivation to win,” said Kilpatrick. “We both have a competitive drive in us.”

Adcock comes from a family that knows the game of tennis very well — his grandfather Jerry was a state doubles champion in high school before playing at Mississippi State.

That doesn’t mean he always saw himself winning state titles when he was younger.

“My sister was playing in eighth grade for the school and I wasn’t,” said Adcock. “I didn’t realize how much I’d soon begin to love tennis.”

Kilpatrick and Allen both took up the sport at an early age.

“I remember Mrs. Terrie Hall (former BHS tennis coach) teaching me how to hold a racquet,” said Kilpatrick. “She taught me how to play the game and I wouldn’t still be playing if it wasn’t for her encouragement to stick with it.”

Kilpatrick is also a starter on the BHS girls’ soccer team.

“I started playing seriously in about fifth grade, after I’d quit playing baseball and needed another sport to play,” said Allen. “That’s when I began taking lessons at Brookhill and became serious about the game.”

Allen’s off to college as his senior year quickly wraps up, while Triplett returns almost her entire team for another run next season. Pierce Legg — the only other senior on the team and his partner Logan Case made the semis in boys’ doubles as did Sarah Todd Adcock and Lauren Currie in girls’ doubles in Oxford.

Adcock and Kilpatrick are planning on being back in Oxford this time next year.
“That’s the plan,” said Adcock. “We want to win another ring.”