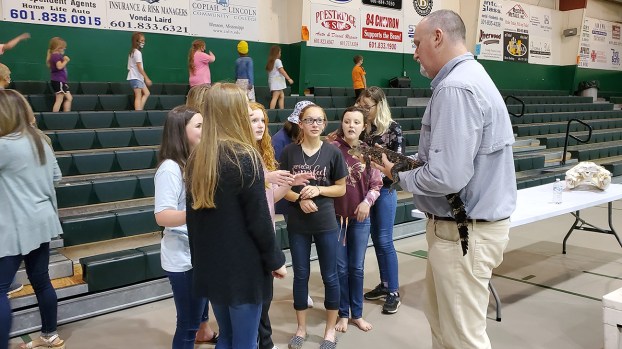 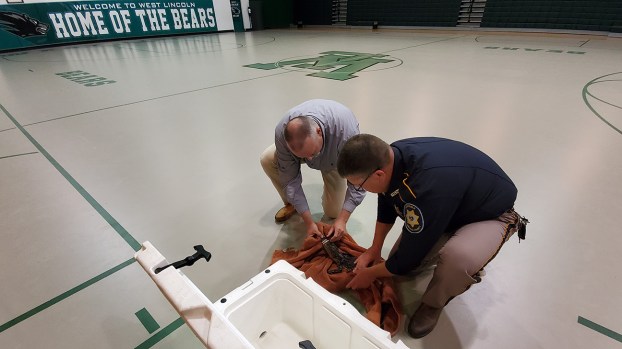 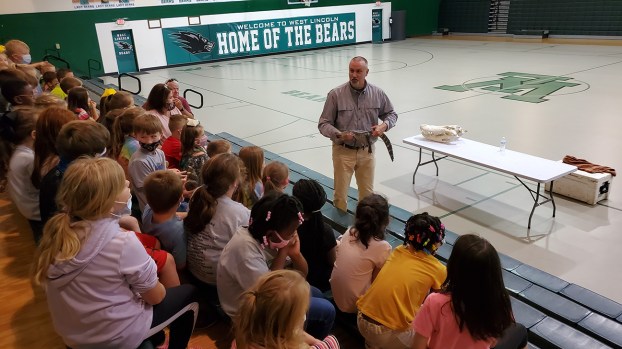 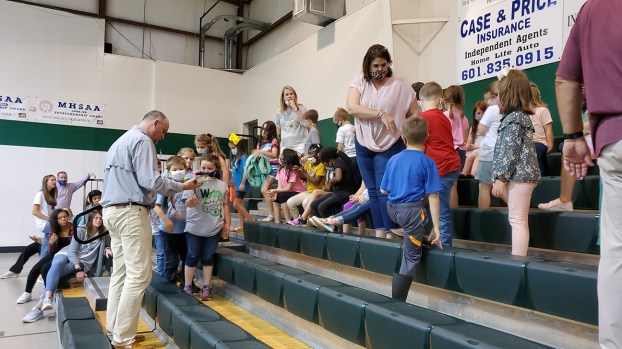 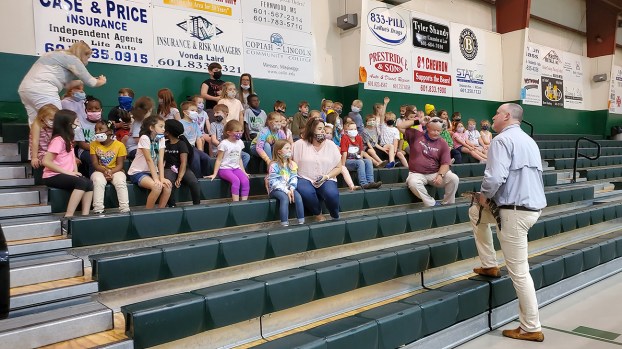 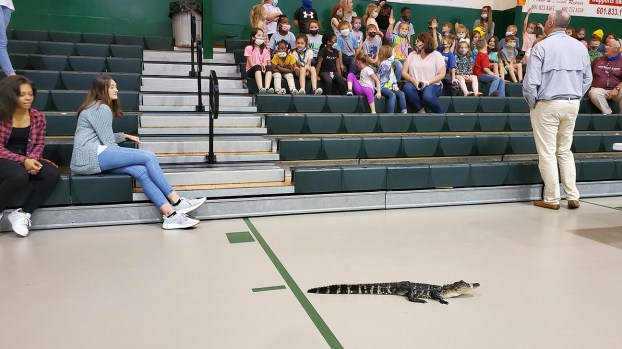 Joseph Durr has trapped about 100 alligators over the past six years.

As the area’s official nuisance alligator trapper, Durr typically is called to remove one of the reptiles from a swimming pool or backyard pond, and he will relocate it to a more appropriate environment. Some of the larger and more dangerous ones do have to be “dispatched,” however, so as to no longer pose a threat.

But the three-foot-long specimen Durr brought with him to West Lincoln Attendance Center Monday afternoon was a typical nuisance ’gator, wrangled from a residential yard.

Durr, along with his assistant for the day — Lincoln County Constable Kelly Porter — held the juvenile creature, approximately three years old, as the first-graders who were willing touched or petted it. A few high-schoolers joined in the fun, as well.

A rubber band held the alligator’s mouth closed to prevent danger to the children.

An adult alligator can reach lengths of about 15 feet and weigh more than 1,000 pounds, Durr said. Its jaws can easily be held shut, he said, but can cause tremendous damage should they clamp down on a hand or other body part.

Durr is an attorney and judge for the 15th Chancery District in Mississippi.

After the short demonstration and interaction, which included the opportunity to see a taxidermied alligator foot and a skull — both from a specimen around 12 feet long originally — Durr and Porter placed the animal back inside a cooler for transport to be safely released in the Bogue Chitto River.