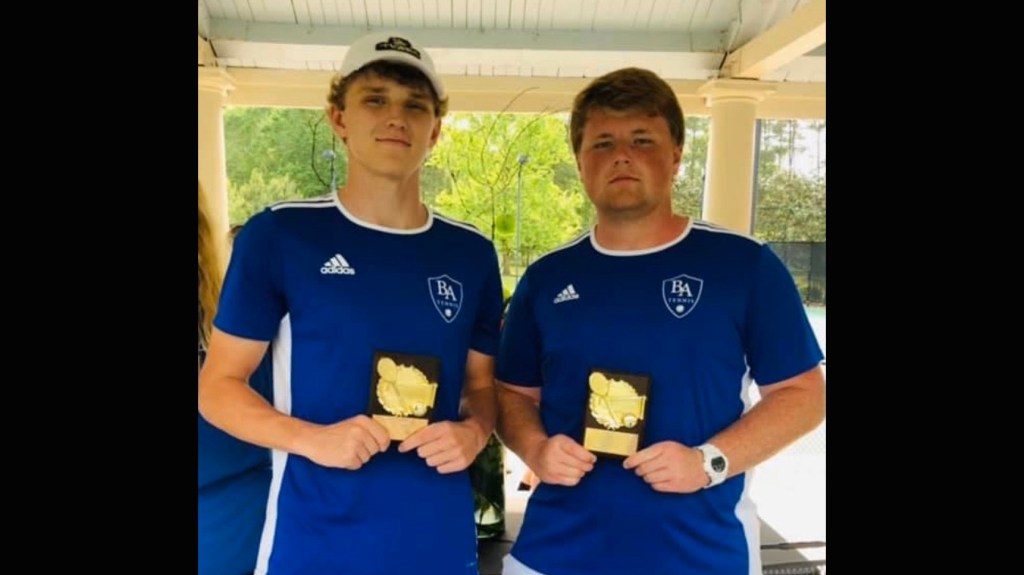 Photo Submitted Brookhaven Academy seniors August Sullivan and Rob Johnson will be favorites today in doubles at the MAIS 4A State Tournament. The pair won the South State Tournament last week at Brookhill.

Brookhaven Academy will look to bring back first-place finishes from the River City today as Vicksburg hosts the MAIS 4A State Tournament.

The duo of August Sullivan and Rob Johnson is coming off a championship performance in the South State Tournament hosted by BA.

Sullivan and Johnson defeated a team from Park Place Christian in the semifinals and a duo from Cathedral School in the championship match.

Mallory Nations of BA also qualified for state as a singles player. She took out an opponent from St. Al in the semis before losing to a Hartfield player in the finals.